Note: since this post was first published in April 2018 the U.S. has taken an astonishingly bellicose tone on exploring space. Vice President and Chairman of the National Space Council Mike Pence’s August 9, 2018 remarks on our military’s mission in space put defense first despite the building blocks of collaboration laid by our scientific community. We shared a space station with Russia for years and were proud to call it “international.” Those days are officially over. An update on Pence’s speech follows at the end of the post.

Our movies say a lot about how coming to Earth could work out for intelligent life on other planets. For example, in Arrival we greet our first alien visitors and then we blow them up. Enough said. If there is life on other worlds that pays attention to what we do it should take note: humankind should be avoided. We must be stopped the moment we show up looking for somewhere new to live.

Mankind destroys intelligent life. It’s what we do.

We can’t explain, rationalize, or justify the vile things that mankind does, like the newest poison gas attack in Syria, the mass shootings here at home, or terrorist attacks abroad. Events like these show how capable we are of turning into murderous, violent, amoral beings that destroy life when we get the urge.

The escalating war of words between Russia and the U.S. sets us back decades and resurrects the threat of nuclear apocalypse that we shelved long ago. Instead of mutual cooperation, Russia just test fired a Satan 2 missile and our president is threatening missile attacks on social media. No matter how much progress we make, the threat of mass extermination still lurks in the background.

Humans are efficient killers. We’ve had centuries of practice. That’s not good enough. We will find new frontiers for killing and new weapons to defend us in space. More on that in a moment. First, a word about our plan to protect extraterrestrial life. 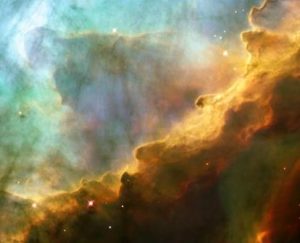 Can we live in harmony with intelligent life?

The search for extra-terrestrial life trudges forward decades after our federal legislature killed NASA’s SETI program. If there are other worlds humankind can live on we still want to know about it.

Part of the effort is dedicated to what NASA calls exoplanet exploration. One goal is to find liquid water. That’s a clue that a planet isn’t too hot or cold1 for us to live on and may support other life.

Another goal is to not bring bad things along with us or let them return to Earth. It’s true that we are the nastiest thing on our planet, but we’re not the only organism that causes harm.

A government agency to protect other planets

NASA’s planetary protection program works to prevent bringing unwanted organisms to other worlds or conversely, to keep them from being brought back here. We’re talking about the tiniest of bad guys:

Planetary protection is essential for several important reasons: to preserve our ability to study other worlds as they exist in their natural states; to avoid contamination that would obscure our ability to find life elsewhere — if it exists; and to ensure that we take prudent precautions to protect Earth’s biosphere in case it does.2

Our efforts to protect Earth’s biosphere from humankind haven’t gone very well. Partisan politics aside, it’s a truism that we defile the places we inhabit. No one should expect that journeying into space is going to change that.

Environmental protection won’t matter if a lethal alien bug pays us a visit on a returning spacecraft. We’re already having problems with bacteria we can’t control with antibiotics, but at least bacteria don’t know any better. We do, but destroying life is still part of our nature.

Why so much bad behavior when it’s glaringly obvious that if we worked together and stopped killing each other the world would be a better place? That’s a trite question we will never be able to answer. We will never face the truth about why Russia would rather spend money on a Satan 2 missile than help us find a cure for cancer or why ISIS would rather seek and destroy than help pull the Mideast out of the Stone Age.

Popular culture likes to think of first contact as a religious experience. History has a different opinion on how we deal with those we perceive as different.

Native Americans, Jews in WWII Germany, African slaves, Islamic sects in the Middle East, and people massacred in countries as distanced as Bosnia, Cambodia, and Rwanda speak to how we treat those who are different. If I was an intelligent alien I would either stop us from visiting at all costs or, if I was as vicious and mean-spirited as we are, get rid of mankind for good.

There’s always a good chance that we will destroy ourselves before we cause any trouble away from Earth. We’re working hard on that right now. Years of getting along with Russia have degenerated into the very real possibility of military conflict.

If we weather this storm, what does it mean for space? Business as usual.

In the closing sequence of Dr. Strangelove George C. Scott worries about our enemies beating us in an arms race after the world is destroyed.

That was 1964. More than half a century later we have something bigger in mind:

As we refocus our defense efforts on strategic rivals, it is clear that they are putting significant effort into space. I believe that the American people still do not fully realize how dependent our country is on space, not just for military and intelligence purposes, but in our every day lives as well. That dependence creates a vulnerability, which, like in the other domains, we must count on the American military to protect.3

Space is a “threat environment,” which means we have to focus on warfighting readiness in the stars:

Adversaries have studied the American way of conflict and have developed, and will continue to develop, capabilities to mitigate or upend longstanding U.S. military dominance in all warfighting domains — terrestrial, maritime, air, space, and cyber — raising the complexity of the threat environment and risk to the United States.4

According to remarks made by our State Department to the United Nations the space threat environment is already a problem:

However, we remain very concerned about some countries’ commitment to the development of anti-satellite capabilities to challenge perceived adversaries, while those same countries profess a desire for the “non-weaponization of space” through a political commitment to “no first placement” of weapons in space that the international community cannot confirm. It is clear that these efforts will not enhance stability in space when they fail to address one of the most pressing threats: terrestrially based anti-satellite weapons.5

Wherever we go we will bring our violent nature with us. The only thing that will stop us is doing something rash and stupid that wipes out mankind once and for all right here on Earth. That’s a good bet. We’re too foolish, primitive, and violent to stop ourselves.

ET, if you’re out there stay away.

With Trump the rule is ridicule first, look at the facts later. More than once we’ve found out that he’s right.

In remarks made in the Rose Garden alongside Lieutenant General Bob Caslen the president dropped the term “Space Force” on an unsuspecting America:

The Space Force, General. You probably haven’t even heard that. I’m just telling you now. This is perhaps — because we’re getting very big in space, both militarily and for other reasons, and we are seriously thinking of the Space Force.6

It was quickly attacked by a media eager to turn him into a fool even though our preparations for militarizing space were already underway.

That’s not to say that this is a welcome development, but it’s going to happen one way or the other so we might as well be the first.

When I first heard clips from National Space Council Chairman Mike Pence on the U.S. Space Force I felt like I was listening to a relic from the Cold War:

As their actions make clear, our adversaries have transformed space into a warfighting domain already. And the United States will not shrink from this challenge. (Applause.) Under President Trump’s leadership, we will meet it head on to defend our nation and build a peaceful future here on Earth and in space.7

Those are some pretty trite comments for something as new as the Space Force. Pence started with the nation “ready to unlock the mysteries of space.”8 Then he put the national security first:

space is essential to our nation’s security, prosperity, and our very way of life.9

I’m hardly the first one who will point out that this seems like the beginning of a Hollywood movie plot. We all know how these kinds of movies end: very badly.

In a speech that went back to the beginning of World War II the vice president calls space “crowded and adversarial.”10 He’s getting ahead of himself and positing a threat from technology still in its infancy. Is there a threat? Yes. Is making a speech about military preparations to take over galaxies with our U.S. Space Force the way to stop it? No. It’s a way to fan the flames and spend lots of money because, sadly, we just slammed the door on leadership and collaboration by using space as an excuse to spend lots of money on defense.

7. “Remarks by Vice President Pence on the Future of the U.S. Military in Space.” Whitehouse.gov. August 9, 2018. https://www.whitehouse.gov/briefings-statements/remarks-vice-president-pence-future-u-s-military-space/, retrieved August 12, 2018.