Congress proposes lots of bills. It gives House and Senate members something to do when they aren’t busy putting on a circus like their Russian snipe hunt. We hear about bills when they are important enough to stand a chance of becoming law and especially when they punch a hot button. Some of the hype is true. Much of it isn’t. How do you know what to believe? When you hear about controversial new legislation you have to read the bill.

Read the bill. Find the lies. 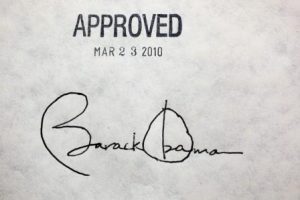 Legislation that serves a purpose isn’t filled with propaganda, misstatements of fact, and misinformation. These things come later if a bill actually goes somewhere.

A few days ago I wrote a post about Kate’s Law and the negative hype being spread about this proposal to punish criminals and re-entrants. You have to read a bill like this to see what’s really in it because most of what you hear is not going to be the truth. For example …

The best thing about congressional bills is that most of them are pretty dull and straightforward. The exceptions are the partisan games of chicken the House and Senate plays with resolutions. Consider:

H.Res. 340: In support of baseball as the pastime of the United States and condemning racial slurs.

H.Res. 140: Condemning the appointment of Steve Bannon to the National Security Council and urging his immediate removal.

H.Res. 263: Expressing support for the designation of May 4, 2017, as a “National Day of Reason” and recognizing the importance of reason in the betterment of humanity.

You should read that last resolution. Anything about reason that comes from a member of Congress is suspicious. As the Hill points out,1 Rep. Ted Lieu’s National Day of Reason isn’t about everyone being sensible. It’s a Democratic retort to the National Day of Prayer.

Kids: a classic example of why you have to read the bill

When you read the government’s bill summary you find out what this legislation is really about:

This bill amends the Immigration and Nationality Act (INA) [sic] authorize the Department of Justice (DOJ) to appoint or provide counsel at government expense to aliens in removal proceedings.2

When you go to the bill text you will see that it is about: Improving immigration court efficiency and reducing costs by increasing access to legal information, Access by counsel and legal orientation at detention facilities, and a Case management pilot program to increase court appearance rates that includes providing housing, legal counsel, and health care services to aliens.3

Democrats aren’t stupid. They know “fair day for kids” sounds better to taxpayers than “fair day for illegals at your expense.” If you read the bill you know you are being tricked.

Have questions? Here’s how to read a bill.

So how do you read a bill? Visit Congress.gov, the Library of Congress site for all things legislative. You might as well. You pay for it. The site gives all the information on every bill and resolution proposed including sponsors, cosponsors, and who voted for and against. You can read every single word of every bill so you know what lawmakers are really up to.

Don’t believe anything you hear: read the bill

Worried about health care? Read the House and Senate bills. Don’t trust the Congressional Progressive Caucus when it threatens:

Republicans in Congress turned their backs on the American people when they crafted this ‘cold-hearted’ bill behind closed doors. Now, Senate Republicans are facing the reality that their bill is massively unpopular. Not only will it strip 22 million people of their health insurance, but millions will have to pay more for less coverage.3

Can you believe Senate Republicans when they tell you this?

Obamacare is collapsing, the status quo is unsustainable, and Senate Republicans are working to rescue Americans trapped under this failed law.4

Read the Senate health care bill. Decide for yourself because let’s be honest, Congress is not going to be truthful with you.

All bill and resolution titles and numbers retrieved from Congress.gov.