Whether you spend your summer lounging by the pool or battling mosquitoes in the woods, life in the real world goes on. Not everything that happens during the hot months is fun or relaxing. There are plenty of bad things in the news that happen while we are out having fun. Politics tops the list. Just because Congress escapes Washington during the hottest time of the year doesn’t mean things aren’t still cooking on the political front. 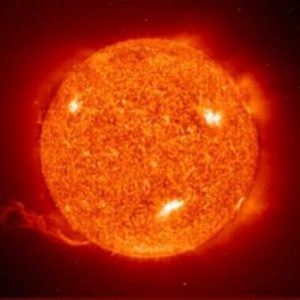 The news will be scorching this summer
Courtesy EIA/NASA

Seven bad things in the news

For those of you who prefer sunburn to current events, here is a quick guide to the bad things to watch out for:

After the fallout from Orlando dies down we will go back to the murders and maiming we are accustomed to. That means big city summer shootings. They happen every day and go largely unnoticed on the national scene until they spiral out of control.

I live close to Chicago where the shootings are more than out of control. It seems like violence tops the list of bad things in the news every day. Comparing the large number of people shot to the much smaller number of deaths makes it a good bet that we can’t blame assault weapons. That won’t stop liberal America from demanding new regulations from a Congress worrying about reelection.

Mitch McConnell had already set the stage for failure before the Senate shot down its doomed to fail efforts at gun control on Monday:

Our responsibility in the Senate is to make a choice: Work on serious solutions to prevent terrorist attacks, or use the Senate as a campaign studio.1

“Serious solutions” usually go hand in hand with being able to work together. Neither will happen this summer or next.

The long Fourth of July weekend is almost here. If the holiday in Chicago is going to be anything like last year, think about spending it in Wisconsin.

Remember the Tea Party call to return America to the people? Instead we are returning the people to the clutches of government thanks to the Republican Party’s determination to put politicians first.

Hot weather, crowds, and Trump appearances will mean more calls to dethrone the people’s choice for GOP presidential nominee. What does this mean for the future of the party? There is none after this year unless Speaker Ryan’s plan is to run the country from the House and forget about conservatives retaking the presidency. Remember the line from Milton about it being better to reign in Hell?

Of all the bad things in the news this summer the most dangerous will happen before June is over. The Supreme Court will decide on Obama’s executive overreach in United States v. Texas. If the deferred action extension and DAPA amnesty get the greenlight everything is going to change, especially the Trump and Clinton campaigns.

If SCOTUS says no it’s going to be even uglier. Think riots at Trump events and an Obama administration reaching even further as it struggles to contain the damage.

The Supreme Court handed down a split decision today on Obama’s extension of deferred action. We are still stuck with DACA, but the expansion of the program and granting temporary amnesty to the parents of illegals is dead for this administration.

Look for lots of angry activists and illegals demanding their rights parading through the streets this summer. Conservatives should be parading, too. This wasn’t quite the victory we had hoped for, but it certainly struck a blow to the president’s outrageous abuse of power.

Homeland Security is good about keeping us informed. It hasn’t been so good about stopping this year’s surge over our Southwest border, as The Hill observed. The scorching summer heat is no better deterrent than our immigration laws.

Aside from the influx of illegals, there are two more epidemics in the news we will be hearing a lot of bad things about that can’t be separated from our immigration problem.

5. Two epidemics to politicize and spend on

Illegals are not the only thing sent here by Central America and Mexico. Add heroin and Zika to the list.

Democrats and the White House want to spend on Zika. House Democrats demanded to know:

Mr. Speaker, there are a whole bunch of people who are starting to wonder, could they be infected by the Zika virus? And if you’re a woman who happens to be pregnant or thinking of having a child, you’re really concerned. So, Mr. Speaker, what are you going to do about it?2

The CDC is clear about Zika not being spread in the U.S.:

No local mosquito-borne Zika virus disease cases have been reported in US states, but there have been travel-associated cases.3

Where is Zika a problem? The CDC placed El Salvador, Guatemala, Honduras, Nicaragua, and Panama on the danger list.4 These countries help supply us with illegals, their health problems, and birthright citizens.

The other epidemic is even more politically charged: heroin. Who helps supply us with heroin? Mexico, the country that also supplies the majority of our illegal immigrants.

Illegals often come here on foot. There are other ways to travel.

The agency is sticking with the “two hour” rule for domestic flights despite Jeh Johnson’s praise for making travelers’ lives better:

Thanks to the hard work of TSA – its leadership, and, most importantly the men and women on the front lines at the airports, the average wait time for 99% of the traveling public is now 30 minutes or less, and for 93% of the public it is now 15 minutes or less.5

So why is TSA issuing the two hour rule alert?

If you are traveling through one of the country’s big air travel hubs this summer, the good news is that the lines are probably better than they were. The bad news is that better might not be good enough if you want to be on time for your dream vacation.

My advice? Do what your parents did: take the family car.

7. Hollywood, your money, and Clinton

Summer movie season gets dumber and more redundant every year thanks to a film industry that knows we will eagerly part with our money to watch the trendiest trash. The next time you spend big money to go to the third sequel to a film that was unwatchable the first time, remember that this is the same industry that helped put Obama in office and will dump lots of your cash into Hillary Clinton’s coffers.

Democrats think we are idiots that need to part with our money so government can spend it to take care of us. Hollywood appears to agree, at least with the idiot part.