The Department of Education is giving its all to turn the failure to achieve equity in education into a civil rights problem. Tossing the race card on the table was a shamelessly transparent follow-up to the release of civil rights data on inequality in school discipline (see: Universal Preschool: Civil Rights and Race, or Bad Kids?). Now we have the new Excellent Educators for All Initiative, which doesn’t mean what it sounds like. For all means poor and minority students. Why? Because time is running out for Obama’s Year of Action. 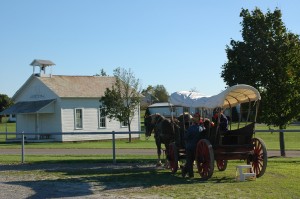 Kids are entitled to what their district provides.1

All three levels of government have a hand in ruining our public education system, but the Federal Government is the one most loudly lamenting the lack of equity in education. No one would argue that minorities are less deserving of a good education than students in wealthy communities, but deserving doesn’t mean you get what you want.

Arne Duncan makes a false assertion about quality in education:

All children are entitled to a high-quality education regardless of their race, zip code or family income.2

We may not like it and it may not be fair, but all children are not entitled to a quality, or even a good education. That’s not how the public school system is set up. They are entitled to what their districts can afford. How much of that is decided by the government to the detriment of school kids?

That equity in education doesn’t exist is the fault of a liberal pipe dream, not those who pay school taxes to keep an imperfect system running. It is also the fault of a public education system that wastes too much money, demands that we pay more in school taxes without returning equal value, and in too many states lavishes those taxes on post-retirement benefits that do absolutely nothing for students.

Duncan may not want to admit it, but the problem isn’t that race deprives kids of good teachers. Low incomes do. It’s just easier to turn this into a race issue instead of an income issue because race means invoking scary civil rights laws.

After the release of the damning school discipline numbers, the Departments of Education and Justice sent out a “dear colleague” letter to educators with a warning about disciplining minority students as part of its “Supportive School Discipline Initiative.” The letter reminded teachers and schools officials that:

If a school refers students for discipline because of their race, the school has engaged in discriminatory conduct regardless of whether the student referred has engaged in misbehavior.3

Therefore, it is incumbent upon a school to take effective steps to eliminate all racial discrimination in initial discipline referrals.4

If you were a teacher or school administrator and read this, would you discipline a student of color?

Since we don’t want our school taxes to go to disciplining incorrigible kids, what else are we not paying for? Equity in education.

With every other public education initiative collapsing and Common Core turning into a conservative call to action, civil rights is all liberal Democrats have left. This is a reliable fallback when the chips are down. The educator equity initiative is not shy about waving the racial discrimination flag:

Nationally, according to the Department’s Civil Rights Data Collection, black and American Indian students are four times as likely as white students to be enrolled in a school with more than 20% first year teachers, and Latino students are three times as likely.5

Are these Latino, black, and Native American students living in wealthy areas? Probably not, but it’s easy to scare people with race.

Duncan gets it from the NEA.

You know things aren’t going well in public education when the National Education Association wants to wash its hands of Arne Duncan. Teachers’ unions are about money, not equity in education or even quality, so they are natural partners with government. Nevertheless, the NEA has turned on our poor education secretary over testing, a sticking point despite Duncan’s failed insistence that good teachers should earn six-figure salaries.

Calling for the elimination of “toxic testing,” the NEA is dishing up the same phony union concern for students that we hear from the likes of Chicago union boss and potential mayoral candidate Karen Lewis. Unions have been focusing on the needs of students for as long as any of us can remember. That’s how we got where we are now. In too many places, unions help government make the decision that your school taxes should go to teachers, not kids, even after those teachers have retired. If there is less money in schools with more minority students, those pensions and benefits still have to be paid.

Equity in education means finding excuses for a school system undermined by government. School administrators and governments officials are caught in a bind. How do they keep school employees and teachers’ unions happy and still scrape up enough money from school taxes to educate our kids?

Chicago’s besieged public schools came up with an answer. Short on money this year, officials decided to make the fiscal year a little longer so they could borrow two months of budgetary cash from the next year. When all else fails and that pension tab won’t go away, perhaps some low income districts will resort to a civil rights claim. It’s not like the idea hasn’t been planted by Duncan and Eric Holder. Schools also have the threat of more executive action on their side, lurking in the shadows behind the PR for Excellent Educators:

Today’s announcement is another important step forward in improving access to quality education, a component of President Obama’s year of action. Absent Congressional action, the President is moving forward on behalf of vulnerable children and families.6

No government-administered school system paid for with your school taxes is going to give students a great education. We do have equity in education. It just isn’t the kind of equity you can use in stump speeches. Every kid gets to go to school, even those kids who don’t belong here. All schools have teachers. In a bloated, government-run system, that’s about the best we should expect.