The man that perfected divisive “us and them” politics claimed to reject one of his favorite political weapons in a speech on policing in Chicago.1 Calling it “shocking” that candidates would resort to his own brand of divisiveness, President Obama blamed others for stirring up the same negative emotions that he is still using to bring in money and win votes by tricking people with their feelings.

When politicians resort to stirring up negativity for the sake of political support they create divisions that don’t go away, especially when the rhetoric stays the same year after year. Convincing people that some lives don’t matter or that our futures are being stolen by people who have more than we do are hard beliefs to change once they take hold. Is it worth it for the sake of winning a few votes, or to shore up policy positions we know are not sustainable? 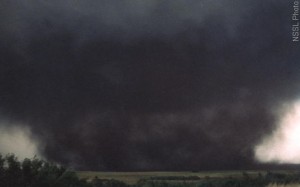 This is your brain on politics2
Photo courtesy of NSSL

Obama can’t take all the credit for manipulating the emotions of the people. He’s good at it, but everybody in politics does it. It’s an especially valuable talent at a time like this, when so little in Washington seems to be working. If you don’t deliver on promises, whether you vowed to bring on a conservative rebirth or distribute the riches of the wealthy, it’s best to twist the peoples’ feelings and try to make them lose sight of what is real. It doesn’t matter whether the goal is a bill you need a groundswell of support for or a 2016 effort to keep the congressional seat you don’t deserve. Negative emotions influence people and win votes.

The president showed how it’s done during an October 17, 2015 address on criminal justice reform:

Still, much of our criminal justice system remains unfair. In recent years, more of our eyes have been opened to this truth.3

That’s a loaded sentence and propaganda-laden nonsense to boot, intended to stir up the most time-honored emotion in the political arena: anger.

Politicians lie about wanting to bring everyone together. It’s not what they want. They know it isn’t possible and that it’s a far better thing to stir up a little anger to make voters see things their way.

Even Ted Cruz stirred the simmering anger pot. He was especially eloquent while talking about the IRS:

The American people have a right to be angry when an instrument of the federal government is used as a partisan cudgel to punish, to silence citizens that dare speak out against their government, that dare take a differing policy view than the current party in power.4

Don’t blame Cruz for using anger. There isn’t a politician in office who hasn’t hopped on the anger train. Sometimes it’s justified. Anger is a dangerous indulgence, though. It can come back to bite you. That’s why repeatedly telling people that police take black lives with abandon is such a bad idea. When law enforcement officers get hurt, the anger train turns into the denial train. Of course, if you’ve done a good job creating anger you don’t have to worry about collateral damage. Your supporters will write off anything that happens as payback.

There is so much to fear in America: violent immigrants, even more violent Muslims, and being xenophobic about immigrants and Muslims. We are afraid of taxes going up and taxes going down. We are faced with legions of half-bright kids with doomed futures from our third world education system. America is either losing her role as world leader or making too much of it and offending our allies. It doesn’t really matter, because our country is ruined financially from either spending too much or far too little. If we survive all of these bad things, the next mass shooting is probably just around the corner, as President Obama reminds us:

It [thoughts and prayers after a shooting] does not capture the heartache and grief and anger that we should feel. And it does nothing to prevent this carnage from being inflicted someplace else in America — next week, or a couple of months from now.5

The next terrorist attack is either coming or has been stopped by our government. Who can say which? With so many bad things going on, it’s hard not to feel:

There is nothing quite like offering a lifeline to someone who has given up hope. Failing schools, no jobs, and all the other trappings of a low income existence don’t matter is you are destined to wind up in prison or killed by the police, as Representative Keith Ellison warns:

And as we know, there is the routine practice of profiling African American young men. A young black man is 21 times more likely to be shot and killed by a police officer than his white counterpart.6

For people who are not incarcerated or killed, despair can turn into something else, especially if it has a little help.

Envy and resentment define us and them politics

A lot of effort is still being put into making Americans resent those who have it all. When people who don’t have a lot are told that they are entitled to things that are being denied them, they become envious. They turn resentful. The fact that they don’t deserve anything for doing nothing and will never get it from the politicians they are listening to doesn’t enter into the equation. That’s because envy is just a segue to another emotion: greed.

Entitlement and greed go hand in hand, especially for politicians of the leftist persuasion.

In my view, a two-year deal gives us time to focus on providing an emergency cost of living adjustment for senior citizens, raising the minimum wage, ensuring equal pay for women, expanding Social Security, making college tuition-free, reforming our criminal justice system, bringing millions of new Americans out of the shadows and addressing the growing threat of climate change.7

That a lot of things to give away. Money. College. Freedom from criminal justice. Amnesty. If you believe this sort of nonsense, you might experience the most dangerous political emotion of all:

Remember hope and change? How about take back America? Fortunately, it’s always someone else’s fault when hope turns to despair and shattered dreams.

The GOP will hand you a new America, remade like it was always meant to be. Democrats will change everything, force the selfish to pay for it, and finally give the people the break they have been denied.

The problem with hopefulness is that it can lead to another negative emotion, one completely appropriate when you read a screed like Sanders’: disgust.