A world where we all agree to put our heads in the sand was supposed to end this year. The time had come. We were going to get something done. Instead, we are overwhelmed by an insatiable Democratic hatred of everything right that is focused on dumping Trump, as if getting rid of a president is going to soothe the animosity that is tearing this country apart.

Have the Trump haters thought this one through? Have they considered what will happen if they get their way and Mike Pence is the next president? That will be a tough choice for Democrats to explain to the LGBT community, but their hatred for the president, our laws, and the electoral process is so massive and overwhelming right now that it simply doesn’t matter. Democrats will worry about the consequences of their actions later. Right now dumping Trump is an obsession. It’s the only thing that counts. 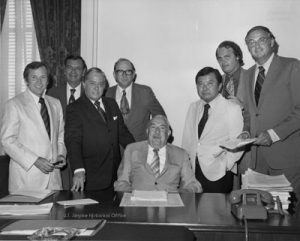 Laptop threat is not a secret. It’s old intel and common sense.

The alleged Trump leak of the terrorist laptop threat is a nice story to parrot alongside the Flynn/Yates/Comey conspiracy. The question is why we think this information isn’t something anyone could figure out unless they are so blinded by liberalism that they believe terrorists are a right wing fantasy.

Media voices were quick to spread news of the alleged leak worldwide as soon as the story broke. So much for discretion over the secret they are demanding Trump’s head for.

No one with a voice loud enough to be noticed pointed out that the newest smoking gun and terrorist threat is something we already publicly acknowledged.

Call it “code word” information if you like. The laptop threat is a no-brainer that was announced by Homeland Security on March 21, 2017:

Evaluated intelligence indicates that terrorist groups continue to target commercial aviation and are aggressively pursuing innovative methods to undertake their attacks, to include smuggling explosive devices in various consumer items.1

Terrorists plant bombs on everything from people to shoes. It doesn’t require an especially large leap to imagine that laptops could house explosives. The question is why do we allow people to bring anything but their underwear on planes bound to the U.S. from Europe?

Look to Democrats and the courts for your answer. They howled when Trump’s travel regulations went into effect and now they’re angry because intel about a threat points to an ally Obama threw under the bus while his party backed a deal with Iran.

We haven’t heard any voices asking Democrats to explain that conundrum, either.

Let’s make this simple: ISIS will use anything it possibly can to kill people. That’s what ISIS does. Nothing is off limits. Every country with an airport should expect that absolutely everything on a plane, including the passengers Democrats are so determined to protect from scrutiny, are a threat until proven otherwise.

Trump tried to tell us that. Liberals are still outraged.

Whenever things went bad on the global front Obama fell back on the community of nations. It sounded good. Liberals like to hold hands, close their eyes, and think impossible things. When a Malaysian jetliner was downed and Russia looked guilty our president did nothing. We waited for the world to respond. It didn’t. The same thing happened in Syria.

Now we are on the brink with North Korea because Obama didn’t do anything about that, either. What’s the solution? Dumping Trump because of flimsy excuses and hearsay: a laptop threat we told Americans about, a secret memo from a fired FBI Director, and election tampering no one can define or quantify.

If Trump stays the course, fingers will point in four years asking why Korea and Russia are still threats. No one will remember how we spent the time.

Media outlets are sounding the death knell of the Trump presidency after eagerly reporting the alleged secret Comey memo. It’s not that easy. Did we all forget how many times Republicans pondered impeaching Obama, or the damage the impeachment process against Clinton and Nixon did not only to the nation, but to our credibility with our allies and enemies?

Dumping Trump is not going to end this sorry, hateful chapter in our history. It won’t put Hillary in office and if it did, she would enjoy the same treatment from Republicans that Trump is suffering at the hands of Democrats now.

A press release from Texas Congressman Al Green calls for Trump’s impeachment. The congressman implies that we can get the process rolling in the House without the GOP having to feel guilty over the betrayal:

If the President is not above the law, he should be charged, by way of impeachment, by the U.S. House of Representatives. Whether he is guilty is a separate action for the U.S. Senate to decide.2

He offers us an impeachment mantra, something protesting leftists will be fond of:

If Democrats suddenly got their wish and had the power to dump Trump they would work their way down the succession list impeaching and discarding Republican president after president. Nothing would quiet their anger. No matter how many presidents they impeached they would never get what they want. What they would do is stir up unimaginable hatred and division, something the party successfully dedicated itself to during the last few years of the Obama presidency.

Attorney General Sessions is number 7 on the succession list. Is he the one the left would like in the Oval Office issuing America’s marching orders, or will Democrats opt for number 8?

Now we have a name and a very official title to breathe life into allegations of election interference no one has been able to define, quantify, or prove. Special Prosecutor Robert Mueller will do the investigating Congress has been bumbling over, but his involvement won’t stop lawmakers from dodging real work to crawl down their partisan rabbit holes.

Republicans will waffle between backing Trump and siding with their opposition. The Hill reported yesterday that at least three have opined about impeachment.4 Since the endorsement of many in the party during the 2016 campaign was often tepid at best, we shouldn’t be surprised. This will be about keeping their jobs next year, not backing a president their constituents chose to lead the country.

2. “Congressman Al Green Calls for the Impeachment of President Trump” Al Green. May 15, 2017. http://algreen.house.gov/press-release/congressman-al-greens-statement-calling-impeachment-president-trump, retrieved May 16, 2017.

4. Marcos, Cristina. “First Republicans talk possibility of impeachment for Trump.” The Hill. May 17, 2017. http://thehill.com/homenews/house/333803-first-republicans-talk-impeachment-for-trump, retrieved May 18, 2017.