In the great scheme of humanity the Syrian gas attack victims are already forgotten. The parade of atrocities big and small over the ages will march on. If anything, they will get worse as civilization refines its ability to kill. Politically-sanctioned atrocities are not going to cease because we take offense any more than terrorists will stop making bombs because mass killing is wrong. Moral outrage is a talking point. If it mattered, what we just witnessed would never have happened.

Atrocities are a choice humanity tolerates

It will be. Atrocities are a choice humanity makes. We can’t stop them. They don’t happen by accident. If anything, they are more carefully planned than a lot of the haphazard acts committed by governments that respond to these incidents with trite, mundane, and predictable remarks.

We wring our hands, shake our heads, and tolerate the killing. 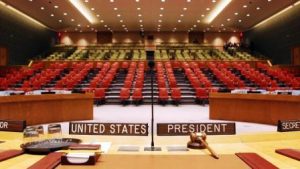 Solution to atrocities is also the cause

The world relies on political solutions to atrocities but not only is politics unable to cure humanity’s predilection for killing, it is almost always the cause. That’s a conundrum we can’t reason our way through. What should civilization do when a sovereign government commits an atrocity or decides genocide is the best political solution to a problem?

Values are relative. As Americans we pat ourselves on the back because the U.S. is the guardian and protector of innocents around the world. We also know that we have engaged in a little mass murder ourselves. The Civil War, the atomic attacks in Japan during WWII, and our treatment of Native Americans all have perfectly reasonable explanations that defy moral credulity. We justify our actions in retrospect based on our values, beliefs, and even our religion, but in a different culture or sometimes within our own our rationales fall flat.

When humanity’s choice is killing, Washington talks and talks

The world is watching. The United States must lead the international community and insist on holding Assad accountable for his war crimes and crimes against humanity.2

He mentioned unspecified “troubling statements from Administration officials”3 but never presented his ideas on how to solve Syria’s Assad problem outside of the usual plea to the community of nations to make things better.

We should have learned by now that the community the senator referred to doesn’t exist. There are too many conflicting interests.

Nancy Pelosi didn’t have a plan, either, but she was more pointed in her remarks:

While President Trump cozies up to Assad and the Russians, children and civilians have once again been gassed in Syria.4

She talked about justice. We never heard how she would put a stop to what she manipulated to criticize Trump.

The big problem with crimes against humanity is that the world will never be so horrified that it will set its differences aside to do something about them. Washington uses atrocities as an excuse to finger point until something better comes along. The UN gets together and talks. Sooner or later we move on to the next mass killing.

The big mistake is blaming ourselves because we think these horrendous acts are something we can prevent.

Trump’s turn: what to do about Assad that we can agree on?

The cascade of comparisons between how Obama handled the situation in Syria and what Trump will do points to how ineffective the U.S. is when it comes to eradicating mass political murder. In the past we have relied on the world community to step up and get behind us. We have also taken the initiative ourselves. Atrocities big and small keep happening. It’s not our fault. Civilization is still too primitive and riddled with greed and hate to stop.

The blood of thousands of Syrians is on Assad’s hands, and the world should treat him like the pariah he is. He and his backers must be held accountable for these crimes against humanity and genocidal acts.”5

It is estimated that over 500,000 have been killed in Syria by chemical weapons* and other means.6 The Trump administration is showing signs that it is considering action. No matter what the U.S. does this is just another chapter, not the end.

Ambassador Nikki Haley said during remarks to the UN yesterday:

If we are not able to enforce resolutions preventing the use of chemical weapons, what does that say about our effectiveness in this institution?7

What does it say about civilization that these resolutions are necessary? Atrocities are mankind’s choice. The community of nations has the might to crush almost any government bent on mass murder. Time and again we see that it lacks the will to agree to do it. We call it a political problem. It’s really a humanity problem.

The U.S. didn’t ignore the Syrian atrocity. Trump took unexpected action and made good on Obama’s red line. The community of nations is predictably divided over America’s response, with accolades and condemnation cutting along the usual lines.

The U.S. response would likely never have occurred had we relied on humanity to come together. In the days to follow the world will confirm once again who is willing to turn a blind eye to atrocities and who has the moral resolve to object. We will also see division in our own government as the argument over Congress sanctioning military action returns to Capitol Hill.

Will Trump’s cruise missiles end crimes against humanity? Not on your life, but it sent a message while the rest of the world sat on its hands.

Now the House leftist fringe is condemning President Trump’s retaliation for mass murder in a majority Muslim nation, an act that seems out of character for a man they have repeatedly accused of being anti-Muslim.

We got this from Hawaii’s Rep. Tulsi Gabbard:

It angers and saddens me that President Trump has taken the advice of war hawks and escalated our illegal regime change war to overthrow the Syrian government.9

Hurling 59 tomahawk missiles at Syria is short-sighted, it is not the way to peace.10

A foreign policy of unilateral military action will not bring enduring peace. President Trump must demand Russia come to the table and support a UN investigation of the chemical attack.11

The man who was almost our vice president, Senator Tim Kaine took some credit for himself:

I voted for military action against Syria in 2013 when Donald Trump was advocating that America turn its back on Assad’s atrocities. Congress will work with the President, but his failure to seek Congressional approval is unlawful.12

In the past he had referred to Trump’s travel restrictions as a “Muslim ban.”13

Democratic members of Congress with time on their hands will argue, pontificate, obfuscate, misrepresent, and blur the truth. Obama drew a red line. Trump responded to an atrocity committed against the Syrian people.

How can the left reconcile this president’s actions with their accusations of an anti-Muslim agenda? They can’t, but in the coming days they are sure going to try.

10. “Rep. Bass on Syrian Airstrikes: “This Is Not The Way To Peace.” Representative Karen Bass. April 6, 2017. https://bass.house.gov/media-center/press-releases/rep-bass-syrian-airstrikes-not-way-peace, retrieved April 8, 2017.