One of our worst elements is playing with America’s fate. Democratic bullies still won’t take no for an answer. They are crossing their fingers that Russian bogeyman Vladimir Putin, their newest and biggest enemy after Donald Trump, will give them what they want.

What happened to the post-election vows to work together? Nothing is off limits when it comes to obstructing Trump. No boundary matters. No rhetoric or threat is too outrageous. Democratic bullies firmly believe that the people and our nation are theirs for the taking. The ends justify whatever they do to get their way, including destroying any chance Trump has of restoring productive relations with Russia.

Democrats don’t like being weak. That means they will attack anything and everything they think will give them some advantage. Even’s Trump’s use of social media is under fire. Did they forget that this began with their own president’s Twitter account? The White House remembers:

The @POTUS Twitter account will serve as a new way for President Obama to engage directly with the American people, with tweets coming exclusively from him. President Obama is committed to making his Administration the most open and participatory in history, and @POTUS will give Americans a new venue to engage on the issues that matter most to them.1

Republicans are too conflicted over their new leader to screw their heads on straight and act like winners, so Democratic bullies have been enjoying a free-for-all at our expense.

Rest assured that none of this is partisan. 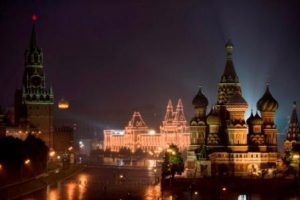 Not partisan? Don’t believe it.

Democrats did the unthinkable. They forced the country to question and potentially change its choice for president.

Every trick in the liberal playbook is exhausted, from rabble rousing and protests, to propaganda, unproven accusations, and conspiracy theories. With the vote recount scam ending exactly as we thought it would, Democrats resorted to feeding fears of Russian hacking to draw electors into their fantasy about a stolen election.

This cannot become a partisan issue. The stakes are too high for our country. We are committed to working in this bipartisan manner, and we will seek to unify our colleagues around the goal of investigating and stopping the grave threats that cyberattacks conducted by foreign governments pose to our national security.2

If this is bipartisanship it is the very worst kind. Conspiracy rumors about a fatally flawed election became a fact marketed by the left because it can’t conceive of not being in charge. By drawing the Electoral College into their fantasy they have set a precedent we can expect to see each and every election unless they finesse an amendment to throw out the process altogether.

Of course Russia hacked us. Does anyone doubt that we are hacking them as well? Americans would do well to remember Obama’s NSA scandal, the recent Yahoo one billion hack revelation, and all the other cyber security issues that hit the news each and every day. If there is anything special about what happened with this election, we haven’t heard it. “Hacking the presidential election” means nothing without proof and explanation.

Rhetoric about our democracy under attack is hilarious and hypocritical. Democrats make careers out of creating new ways to make Americans dependent on socialist big government. Nevertheless, some prominent party members on the House Oversight Committee put pen to paper and came up with this nonsense:

Citing concerns that “Russia may have succeeded in weakening Americans’ trust” in our democratic institutions through its actions, the authors of the letter [to President Obama] call attention to the hacking of American organizations, publication of private emails sent to or from campaign officials, as well as disclosures by WikiLeaks and fabricated news stories.3

Sound familiar? These were also some of the excuses for Hillary Clinton’s failure. Her party worries about Russia weakening our trust, but Democrats are oblivious to their own role in blowing that trust out of the water by telling the people their democracy isn’t working. If any trust was eroded, it was done by politicians who believe we owe them the right to rule.

Defend our election from Democratic bullies, not Putin.

When a judge in Texas recently said no to Obama’s new overtime order the House Democratic Caucus asked “Is this the world that Americans voted for?”4 To answer Chairman Becerra’s question, yes, that’s what we voted for. Our laws and Constitution define American democracy. They don’t grant the president legislative powers. They also say that the people chose Trump, not a bullying Democratic Party determined to tap into our fears and insecurities.

What do Democratic bullies have left? They have Russia and Vladimir Putin. Nancy Pelosi commented:

Defending our elections from foreign meddling is more important than any political party’s advantage or disadvantage.5

She is wrong. Russia has become the most partisan issue in America. This is all about one party that lost its advantage and found a new friend in the most unlikely place.

We are still waiting to hear how Russian hackers altered the election results. Don’t stay up late waiting for the news. Bullies are good at insinuation and threats. You will hear about hacking and all manner of bad intentions, but when all is said and done we are going to find out that insinuation, rumors, and threats is all this is.