Home » Current Events » Clueless About Politics or Naïve About What Drives Policy?

More proof that the Internet is not our friend answers a troubling question. How clueless about life are we to think that a big, free, open website like Facebook that lets us volunteer every scrap of information about our lives can keep our data private?

And how clueless about politics are we to think that this is a problem Washington will solve?

Congress makes our laws. Members decide who America should be angry with. If you think lawmakers are immune to hype and don’t react to what they see in the news you are being naive. We already know bills are dashed out at the last minute and lawmakers don’t have time to read them. What do you think drives the policy making process?

Three current events answer that question. They show what happens when our cluelessness collides with politics.

Clueless about politics? Washington won’t save you from these threats.

Of course your online profile profiles you.

Whose fault is it when reality dashes our expectations in very damaging ways? Congress doesn’t accept blame for anything, but when current events bring an opportunity members are quick to offer protection. 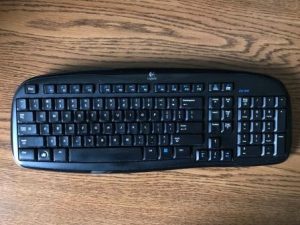 Your fault, not Facebook’s

Who could imagine that an Internet site that asks you to set up a profile about every aspect of your life might let that information slip through its fingers? The Equifax breach should have permanently erased any doubt about the safety of online data. It didn’t, or there wouldn’t be shocked surprise over the Facebook scandal.

We should expect the absolute worst to happen when we participate in information sharing. Apparently not enough of us do, including congressional lawmakers who think this is their problem.

Another threat to elections

Campaigns in our state must be free of nefarious actors masquerading as political strategists. We take privacy and election laws incredibly seriously, and urge you to move as quickly as possible to investigate these issues.1

Politicians should look at their own bad habits. When it comes to sorting truth from fiction and PAC from PAC it’s almost impossible to tell who the real actors are behind campaign ads even with the hollow “I approved this message” stamp of approval. Not many of us have the time to look up who is paying for whom and what they represent. Candidates know it so they take advantage. Why should a private firm be held to a higher standard because it used information you willingly gave away and placed online for all to see?

The scandal over Cambridge Analytica isn’t Facebook’s fault. It’s ours for being clueless about the Internet, which is all about using our data. This is also about political cluelessness if we believe Congress will get involved for more than the media coverage.

Drugs kill more than pain. Did your doctor forget to tell you?

News flash: prescription narcotics can kill you. So can a lot of other drugs that your doctor might prescribe, but opioids are different. They span the legal and illegal drug trades and are arguably a gateway to the black market. We are becoming addicted to drugs we thought were perfectly safe:

We are smart enough to drive to a doctor’s office and fill a prescription for painkillers, but we don’t know they are addicting and eventually are dependent through no fault of our own. That makes us easy prey for everything from unethical prescribers to street corner heroin to synthetic killers like fentanyl. 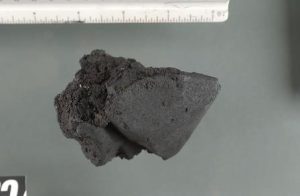 Does this make sense?

Anti-drug trends come in cycles. Capitol Hill is always fearful of not saying no. We went through it with marijuana and LSD. Speed kills. Now it’s opioids. Yes, there are people who get hooked. Sometimes they die. Perhaps their stories started with a harmless script in a doctor’s office, but ask yourself this: when you really need painkillers do you want a politician to be the person behind what, when, and how much? That’s the path we are taking.

A bipartisan assortment of senators and representatives backed the “Opioids in the Emergency Department Act.” The bill was introduced March 7, 2018 and sounds well-intentioned:

The Alternatives to Opioids (ALTO) in the Emergency Department Act would establish a demonstration program to test alternative pain management protocols to limit to use of opioids in hospital emergency departments. The legislation would provide grant funding to build these programs.3

Hospitals need money. The course policymakers have chosen is obvious. Perhaps that’s why I find this idea so disturbing.

This bill would place a limit on a patient’s first opioid prescription for acute-pain to no more than 7 days, except in cases of traumatic injury, chronic conditions, cancer-care, end of life care, palliative care, or based on a physician’s recommendation.4

There may be a flaw in their thinking:

Far too many men, women, and families across the country have suffered from the preventable spread of opioid abuse in America,” Rep. Meadows said.5

Preventable? That’s up for debate. We’ve been famously unable to stamp out drug use. No matter what we do the black market always finds a way. Opioids have been with us for a very long time. They aren’t going anywhere.

Illegal and unethical use aside, anyone capable of filling a prescription should know that just because a doctor prescribes something doesn’t mean it can’t kill you. There are a lot more drugs than opioids that will put you under the ground. Do we want to stick a foot in the door to deal with a highly politicized problem or should we enforce the laws we already passed? If we buy into this we’re clueless about how politics creates threats and what the consequences can be.

This is an easy win for bipartisan camaraderie, but not enough people are asking what’s behind it.

The aftermath of the Stoneman Douglas High shootings will show us how youthful idealism can run smack into a brick wall that politics built long ago.

The sad fact about demonstrations like the Washington, D.C. March for Our Lives is that Congress is going to pay attention and then do nothing. To be fair, this doesn’t make high school demonstrators clueless but they may be at a loss to understand why their efforts to avert another tragedy go nowhere.

The demonstrations are a chance for politicians to show their faces:

Rep. [Eliot] Engel went to stand in solidarity with the students, parents, teachers, and faculty of Marjory Stoneman Douglas High School, as well as every other American who has been affected by gun violence in the United States.6

They will send out messages of support:

Students walking out today understand that that reality is not okay, and they won’t accept Republican leadership telling them any longer that their lives and futures are not valuable.7

Those hopeful words are going to die from loneliness.

The Washington March for Our Lives took place one day after lawmakers scampered home for their spring vacation. They had just passed the largest budget in U.S. history.

Remember, the voices supporting youthful gun violence protesters are the same politicians who spoke reassuring words about taking care of DREAMers who were suddenly in limbo after DACA was cancelled.

What did our senators and representatives do to help? Absolutely nothing.