America’s civil rights leaders have a problem. They can’t solve it because success is not an option. If they ever get what they want they will become relics, a part of history. That means no notoriety, no claim to political office, no fame, and no money.

On Saturday President Trump gave House civil rights advocates an easy excuse to show where their movement is headed. They said the things we knew they would say about his attendance at the opening of a civil rights museum in Mississippi. 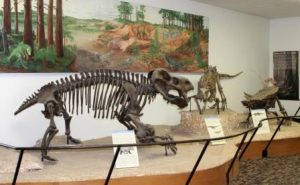 Rep. John Lewis (D-GA) got lots of media coverage for his refusal to attend. He justified himself along with fellow Rep. Bennie Thompson (D-MS):

President Trump’s disparaging comments about women, the disabled, immigrants, and National Football League players disrespect the efforts of Fannie Lou Hamer, Aaron Henry, Medgar Evers, Robert Clark, James Chaney, Andrew Goodman, Michael Schwerner, and countless others who have given their all for Mississippi to be a better place.1

Civil rights leaders sound threatened and desperate. Their day is fading, so they have to expand what started as a political movement for the black community. That’s why women, the disabled, and immigrants are now in the picture.

This White House is not serious about civil rights. From dismantling the civil rights division in DOJ to equating peaceful people who protested racism to Neo-nazi’s and White Supremacists, they just don’t get it.4

Did he mean peaceful people looking for trouble? That’s what happens when counter protesters show up at a demonstration. Perhaps he meant peaceful people inciting violence. That’s what we get from an anti-white supremacist group like Antifa. Or maybe it was peaceful people who react violently when the system doesn’t do what they want it to. More about that in a moment.

Congresswoman Karen Bass weighed in on the controversy. She called Trump’s presence “insulting” and drew Roy Moore into the dispute.2

What does Roy Moore have to do with civil rights? More than you think and it’s not about fairness. When it came to John Conyers, the CBC took a different tone than Bass took with Moore:

The Congressional Black Caucus calls on Congress to treat all members who have been accused of sexual harassment, sexual assault, and other crimes with parity, and we call on Congress and the public to afford members with due process as these very serious allegations are investigated.3

Due process for Roy Moore? Not on your life.

At one time it was votes, jobs, and economic progress. These things have always been central to advancing any community.

Before he left office President Obama handed us a list of accomplishments African Americans enjoyed during his presidency including jobs:

Other successes on the list were income growth, “large gains” in the poverty rate, high school graduation and college enrollment rates, health care coverage, and even life expectancy.6

Then Trump entered the picture. He’s the best thing to happen to civil rights since Lyndon Johnson. Old hurts can now be resurrected. The CBC can wrap its arms around new barriers to progress:

The time has come to build bridges, not walls, and reject Donald Trump’s unprincipled immigration principles. Congress must pass legislation that protects both DREAMers and those granted TPS.7

We’ve heard the bit about building bridges too many times. Bridges are not what the contemporary civil rights movement is all about. Division opens doors and creates opportunity. Mending fences slams those doors shut.

A thought about peaceful protest

I can’t help but mention something that touches on Rep. Richmond’s remark about “peaceful people.” Did anyone else notice the absence of violent protest after the Kate Steinle murder trial went horribly awry? No windows were broken. Businesses weren’t destroyed. Cars didn’t go up in flames. Police officers weren’t attacked.

We trusted the system to somehow make things right. Too much of the current dialogue on civil rights relies on fundamental mistrust, as if it were an end in itself. Treating others with “parity” has to work both ways, or it just doesn’t work.