The variety of scams used to steal money from unsuspecting people is staggering. Our reliance on the Internet and electronic money transfers have created frauds so sophisticated and scary that the safest option might be to pay everything in cash from a brown paper sack.

There are penalties for those who get caught if authorities nab them, but if your savings have been lost and can’t be recovered a lengthy prison sentence is little solace. That’s why we should bring back slavery for people who ruin lives when they commit this kind of crime.

Scams can lose the ranch for homebuyers

There was an especially sad story reported by ABC 7 Chicago recently about a couple who lost a vast sum in a real estate wire transfer scam.1

The Federal Trade Commission describes one way this type of fraud works:

The hacker then sends an email to the buyer, posing as the real estate professional or title company. The bogus email says there has been a last minute change to the wiring instructions, and tells the buyer to wire closing costs to a different account. But it’s the scammer’s account.2

The agency is frank about how money wiring scams tend to end:

Wiring money is like sending cash: Once it’s gone, you won’t get it back.3 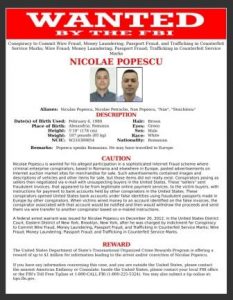 An FBI Public Service Announcement warns businesses of a BEC “Business E-Mail Compromise” scam that selects businesses based on their activities and uses their email systems to commit fraud:

The scam is carried out when a subject compromises legitimate business e-mail accounts through social engineering or computer intrusion techniques to conduct unauthorized transfers of funds.4

The scam hit home for me a few weeks ago. I received a phone call from a supplier. They knew me and needed a favor. Money needed to be wired somewhere in the U.S. at the very last minute and because they were overseas they couldn’t do it in time. This was an emergency. The sum was large, too large. I said no. It was only after I refused that I realized I was being scammed and the person on the other end of the line was not who I thought it was.

That’s how easily this sort of thing can happen.

Some may smirk. Corporations can afford it, they will tell you. They don’t pay taxes.

When it happens to their elderly parents or grandparents their reaction is a little different.

Elderly are prey. The money is gone.

When money is lost to fraud it’s hard to recover. Many of us, the author included, know elderly people who have fallen prey to scams, lost significant sums, and never got their money back. The FBI’s account of a woman in Virginia who lost over $500,000 to a lottery scam shows the kind of devastation fraud creates.6

Here’s the problem: even when the perpetrators are caught, a prison sentence doesn’t guarantee restitution. In this case the leader of the scam got 10 years in prison7 and was ordered to pay over $700,0008 to compensate multiple victims.

What happens if they never have the money to pay back?

Bring back slavery for scammers who destroy lives

Prison jobs don’t pay a lot of money. Keeping people in prison is expensive, nearly $32,000 per inmate in 2016.That means justice is satisfied but taxpayers lose and if a crook has no assets to seize, so does the victim.

That’s why we should bring back slavery for scammers. Work release is a common sentence for non-violent offenders. Let people who defraud others work to support the people whose money they stole until every red cent is paid back, even if it takes them the rest of their lives. If businesses don’t want to hire them – and that’s certainly understandable – it’s cheaper for government to offer an incentive to employers than to pay the cost of 24/7 imprisonment.

When they are finished paying back their victims they can work to pay taxpayers back, too. If they are eager to ruin businesses and make the elderly slaves to Social Security by stealing their savings, then we should be equally willing to destroy their lives too. What better way to do that than to bring back slavery for this very special group of people?