How did “black and brown people” sneak up on us? We hear this phrase from liberal Democrats all the time. If these words came from a Republican they would be criticized as patronizing and more likely deemed racist, but this is liberal speak and not conservative speak. Democrats get away with it even when using black and brown casts people and communities in an unfavorable light.

Getting away with something doesn’t make it right. A Democratic Party sign on the door doesn’t mean it’s ethical for politicians to attract attention by stirring the pot and making America’s racial divide even wider than it already is.

This is how Democrats portray black and brown people

Increasingly unlikely presidential candidate Elizabeth Warren uses black and brown people to accuse Republicans of doing precisely what she is doing when she uses the phrase:

This isn’t a new playbook. It’s one that Republicans and the President have been using for years. Over and over again, they try to pit white working people against black and brown people, gay people against straight people, young people against older people, people born in the United States against people who came here in search of a better life – pit them all against each other so they don’t band together. So that they don’t demand real change.1

Self-awareness is not something Democrats excel at. Warren’s accusation that Republicans pit working class whites against black and brown people can just as easily be leveled against Warren and her party. Us and them rhetoric is a Democratic, not Republican affliction that creates victims. The party’s ideology thrives on victims, especially when they can be grouped together and turned into mass casualties of our economy and system of justice. 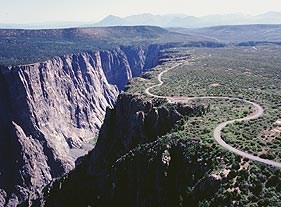 With the passage of my [IMD Care Act] amendment we have finally taken a historic bipartisan step in providing relief to those who have been addicted to crack. For too long, these individuals have been ignored and denied access to treatment. Finally, today, we have stopped leaving black and brown Americans behind and instead, have decided to fight against addictions and the injustices that continue to tear our communities apart. 2

These words cover a lot of ground. Certainly there are affluent and middle class black and brown Americans who are not addicted to crack and don’t live in disadvantaged communities, but that admission won’t get the message across any more than honoring Dr. Martin Luther King involves bringing people together.

Liberal Democrats obscure what Dr. Martin Luther King Jr. stood for when they use color to inflame America’s racial divide. For some, this year’s King Day was an excuse to use black and brown people to separate us.

And the history of this country is that when white folks catch a cold, Black and brown folk catch pneumonia. Our communities once again find themselves on the front lines of the fight to protect our very republic.3

That is a difficult statement to reconcile with a comment made later in Johnson’s address about:

…love and understanding that we are one America and that our goal is to make life better for everybody.4

If you take his words at face value, the only role “white folks” can play in this one America is to accept the blame from Democrats for failing black and brown people and their communities.

What comes first, black and brown justice or crime?

We must continue to demand justice for black and brown youth who are being killed with impunity at the hands of the police, and fight for comprehensive criminal justice reform.5

Trial by Democrats and the media makes it easy to lay all the blame for officer-involved shootings on the police. This doesn’t mean the police kill with impunity. It means that there are people who benefit from spreading disinformation. This is a mean-spirited, irresponsible statement from Waters that disparages those who risk their lives for their communities.

What we know for a fact is that black and brown people are being killed with impunity at the hands of each other. It’s difficult to explain how criminal justice reform will fix this because violence comes first and justice intervenes later, but Congresswoman Ayanna Pressley’s (D-MA) H.Res. 702 wants to give it a try.

Pressley: a guarantee of justice for black and brown people

Squad member Pressley skirts her party’s obsession with denying Americans the consent of the governed by impeaching Trump when she argues that:

You cannot have a government for and by the people if it is not represented by all of the people.6

Currently, more Americans live in jails and prisons than in Phoenix, Philadelphia, or the state of New Mexico. Additionally, the American criminal legal system is disproportionately decimating Black and brown communities, who unjustly make up 31% of America’s population but 56% of the incarcerated population.7

There is a reason for those numbers. Like Waters’ press release, Pressley’s “People’s Justice Guarantee” dodges the question of what comes first, criminal justice or the crime.

H.Res. 702 faults an American incarceration crisis and cites “the responsibility of the Federal Government to make America more free.”8 The resolution asks members of Congress to agree to this statement:

Whereas the American legal system duplicates and maintains systems of oppression that can be traced back to slavery, and as a result disproportionately harms Black communities throughout the United States;9

This is the classic, timeworn Democratic Party take on what ails this country. America is at fault. The individual is a casualty of the system whether that means debt, socioeconomic status, addiction, or violent crime.

Pressley’s resolution argues that “incarceration is the final and too frequently end result of the American legal system.” She faults “overzealous policing practices” for the harm done “Black and Brown individuals.”10

While this may have some merit for nonviolent crimes, crime statistics don’t support that incarceration for violent crime is the fault of an unfair system. Given the vast difference in population between white and black Americans, the fact that in 2018 white offenders committed 199,533 violent crimes and Black or African American offenders 187,123 violent crimes points to more than just aggressive, race-based law enforcement.11

The problem is that uncomfortable facts don’t always make for good politics. Hot buttons do. That makes “black and brown people” a good one to push even when it’s not referring to Americans.

Immigration enforcement adds a massive number of casualties to the Democratic black and brown argument. H.Res. 702 faults the system that keeps the public safe:

The Congressional Black Caucus beat Elizabeth Warren to the punch when it accused the president of “pitting black and brown immigrants against each other.”13 This was in response to the 2017 terror attack in New York City that implicated a diversity visa lottery winner. Eight people lost their lives. That wasn’t enough to keep Democrats from blaming Trump for trying to eliminate a program they support while they wage ongoing attacks against him for the death at the August 2017 Charlottesville rally.

Instead of trying to reconcile this partisan conflict Democrats again disparaged Americans by implying that we are more criminally-inclined than immigrants:

Even if a terrorist beat the 1 in 188 odds of being selected for the program, that person would still have to complete the normal vetting process for any other green card holder. Additionally, diversity visa recipients have a far lower rate of incarceration compared to
native-born Americans.14

This is where racial profiling becomes problematic for Democrats. When the CBC points out that more native-born get locked up they are also faulting black Americans who have a higher rate of incarceration for violent crime. This is a contradictory position but it’s understandable when it comes to immigration. When your sights are set on future voters, those whose votes you already own matter less.

CBC attacks are the opposite of inclusive

The CBC’s “Talking Points for African American Influencers” is guilty of the same rhetorical crime that members use against Republicans and the president when it pits white Americans against black and brown people:

Almost every day President Trump says something that make the bigots in his base feel like it’s OK to hurt black and brown people.15

That statement is offensive on many levels, but what’s important is that Democrats want to have it both ways. They appeal to the values of our society when they speak of inclusiveness and bringing people together. Then they turn one group of Americans into society’s enemies because they voted for a man Democrats hate more than anything on the face of this earth. That probably makes sense in their liberal la-la land, but for the rest of us it’s just more hate. We know it when we hear it, even when it’s in the service of Democrats ingratiating themselves with black and brown people to make a more accepting society for everyone.