Democrats got what they wanted. They didn’t have to use a single citizen to get the ball rolling. Instead they used migrants as the best excuse ever to convince Americans to hate their country.

Hopes for the Russia investigation are blurred, so party members incensed at the existence of the Trump presidency badly need a political crisis. They found one in the newest battle over the border. Convincing the country that our laws are immoral and hateful creates an unprecedented opportunity to set the nation on fire.

Americans are getting hit from all sides with propaganda about migrants and asylum-seekers. So pervasive is our anti-American dialogue that the rest of the world no longer sees us for what we really are. Instead, they see us as the negative image created by liberal politicians who endorse Euro-style socialism and detest the president and anyone who won’t agree to help undermine his administration. 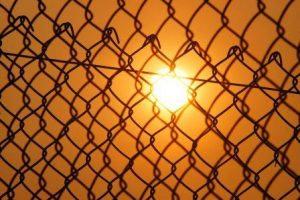 Why Democrats need migrants locked up

The media was barely able to contain its joy as a San Diego federal judge’s deadline for reuniting migrants with their kids approached. The gleeful expectation that the Trump administration couldn’t get the job done in time shows how effectively these people were turned into pawns in the high stakes battle to control U.S. immigration policy.

If we had stopped them at the border there wouldn’t be a problem. That’s an option Capitol Hill is unwilling and unable to address.

Hoyer outraged over our cruelty

Democratic Whip Steny Hoyer wasted no time venting his “outrage”1 on the day of the deadline:

Attorney General Sessions proudly announced the policy that created the crisis. House Democrats will continue to hold this Administration accountable for its cruel, inhumane treatment of migrant families.2

Hoyer seemed equally proud to display his anger even though Democrats would probably be happier if migrants stayed behind bars where they are better weapons. When they are released and disappear they lose political value.

We heard from this top Democrat that our country is cruel and inhumane. Nothing good comes from turning a nation against itself, but the alleged mistreatment of children who were dragged across Mexico is still the best excuse ever to force an open border policy.

The propaganda campaign tells us migrants are fleeing violence. This is only part of the story. As Pew Research points out, migrants also come to the U.S. to work and send their earnings back home.3 It’s not all about protecting the frightened and abused. Often these people come here for the same kind of economic opportunity sought by underprivileged Americans.

It’s not all about doing right in the face of God, either, so when morality enters the picture and your church tells you your government’s actions are immoral what should you believe?

The Catholic Church has its own checkered history in South America and whether it deserves a voice when it comes to protecting children is up for grabs. That didn’t stop Pope Francis from getting behind a problem the church can benefit from. The pontiff labeled the administration’s separation policy “immoral,” a dangerous glass house label. If nothing else, children held in federal detention aren’t subjected to sex abuse.

Priests from Chicago headed to the border4 just weeks after the pope’s remark. The Chicago Archdiocese already set the stage with a heated press release claiming there was nothing American about our treatment of migrants and their children.5 There is not much the priests can do about the situation other than publicize it, but they received a lot of local press coverage to underscore the Democratic tale of how this country treats migrants.

The Catholic Church’s wealth is easily compared to the corporations reviled by Democrats. Also like Democrats, church leaders know this is another best excuse scenario because it’s so easy to extract sympathy from children.

Once again we have to question why we give tax breaks to churches that cross the line into politics. An article in Catholic World acknowledged the problem when it noted that IRS rules forbid nonprofits from opposing political candidates but allows them to criticize public officials and their policies.6

That’s a big problem when you consider the ramifications of immigration policy. The 2020 election isn’t far away. We have no reason to think that Trump won’t be the Republican nominee, so at what point does fighting the war of words against this administration by calling its actions immoral and un-American step across the line from permissible public opinion to opposing a candidate?

The answer to that is never, thanks to the collusion with Democrats on immigration policy:

By treating refugees as criminals and family separation as their punishment, the President betrays the values that have made our country a beacon of hope and light around the world. That’s why so many faith groups including the Conference of Catholic Bishops, the Southern Baptist Convention, and the National Association of Evangelicals have condemned this policy. Pope Francis said yesterday, “A person’s dignity does not depend on them being a citizen, a migrant, or a refugee. Saving the life of someone fleeing war and poverty is an act of humanity.7

Except there is no war in Latin America and our government already gives considerable foreign assistance. It’s not the job of the American taxpayer to provide poverty assistance on our soil to anyone except citizens and legal immigrants, especially when many of our citizens experience the same kinds of violence that migrants are supposedly fleeing.

The loudest and most damaging voices don’t come from a church. They come from the people we elect to defend the Constitution against foreign enemies. Instead of living up to their oath, Democrats defend foreign interlopers from our president.

Best excuse ever to paint the worst picture of America

Turning Americans against our country is the last line of defense for liberals and progressives. Trump’s campaign slogan was “Make America Great Again.” These words are the object of scorn, hate, and ridicule.

Democrats can’t declare that we should hate our country, but it’s easy to convince people to hate what it does and what we represent. Even if they believe that we’ve only taken a wrong turn, when destructive dialogue goes too far for too long it has consequences that we can’t always reverse.

Is that the goal?

We hear party members profess their love for America:

When I visited the border this past weekend, what I witnessed was horrific. This is not the America I know and love and the Administration must cease and desist this inhumane and cruel policy.8

They tell us we have failed in our duty to keep the children of illegal immigrants happy and smiling:

Separating immigrant families, and detaining immigrant children in large cages, is inhumane and un-American. Not one smile was worn by any child, not one.9

What our government does is evil:

President Trump’s policy of separating children from their parents is cruel, it is un-American, and it is evil.10

And the war for controlling American minds goes on and on …

We are edging closer to the point of no return, to a place where there can be no compromise, no gray area between right and wrong. Worst of all, our moral borderline is dictated by politics, including the politics of religion. Morality is decided by propaganda, not facts because in politics winning is all that matters and how you get there is an afterthought at best.