There must be a payoff to Armageddon that we aren’t clever enough to understand. America spends an insane amount of money on our plan for nuclear destruction. We compete with other players for global control, but the contest for who pays for the best doomsday weapons has only two possible outcomes: the money is wasted or humanity is vaporized.

Asking taxpayers to spend billions to annihilate themselves seems a bit over the top even for our government, but fortunately there is a silver lining. Nuclear destruction is not one, but two opportunities. 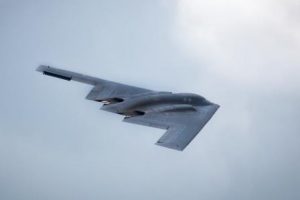 A Congressional Budget Office report placed the cost of nuclear destruction at $400 billion over the next decade.1 That’s a lot to pay for Armageddon. The good thing about it is that if we ever make that decision we won’t need any more cash. Budgets will never matter again.

Best of all, we’ll finally get what we paid for.

America’s nuclear arsenal is old. We need to keep it current. It’s not just about spending on missiles, though the tab for ICBMs is $43 billion over 10 years.2 We also need nuclear submarines ($90 billion),3 bombers ($43 billion),4 and other tools to get the job done right.

We’re still comfortable with assured nuclear destruction to keep the peace. Assured means staying up to date. Does it also mean that escalating tensions and conflict over a political failure is a smart thing to do?

Is Hillary Clinton a fair trade for Armageddon? Did Russia do anything worth resuming the Cold War? God help us if Obama didn’t see to it that we engaged in the same kind of cloak and dagger treachery Putin is accused of. Our last president threatened, but his threats had a habit of not going anywhere. Putin must have noticed.

we do know that our freedom and democracy have been attacked, and that these actions warrant a formidable response that imposes tremendous costs on those responsible.5

What are these “tremendous costs?” They are a reaction to a January 6, 2017 National Intelligence report that warned:

We assess Moscow will apply lessons learned from its Putin-ordered campaign aimed at the US presidential election to future influence efforts worldwide, including against US allies and their election process.6

Turning the U.S. into a helpless victim is another throwback to the days of Obama when everyone was expected to play nice and we leaned on the world community when things got ugly. It’s too late to mount that “formidable response” but not too late for Democrats to blame Trump for Obama’s failures.

What the report doesn’t do is tell us how any of its findings justify another Cold War when we are perfectly capable of doing the same things to any nation we choose. Instead, we are engaging in inflammatory partisanship that makes us look weak while we tell the world about our plans for retaliation.

Bipartisan sham: how not to retaliate

One week before the inauguration, an uncomfortable mix of Democrats and Republicans including Dick Durbin (D-IL), John McCain (R-AZ), and Lindsey Graham (R-SC) proposed legislation to get even with Russia. Their “unequivocal response” to Putin acknowledged the lack of a policy on cyberattacks during the past eight years. Announcing that “Russia is no friend,”7 the Senators demanded accountability from a country that at one time seemed on course to be a U.S. friend, if not a part-time ally.

The announcement was a mistake, just like dangerous ruminations about Russia committing an act of war.8 We are turning our failure to respond covertly to covert attacks into a Cold War and if that isn’t enough, throwing in every Russian transgression the U.S. and international community have failed to respond to, from Syria to the Crimea.9

These are as good as any reasons to justify spending illions on our plan for nuclear destruction. Cyberattacks are cleaner and cheaper, but that’s not the direction the current rhetoric is taking. In an age where an incident like the downing of the Malaysia Airlines jetliner or a misstep by North Korea could lead to sudden, catastrophic saber rattling in the absence of productive diplomatic relations, we have to ask ourselves: is Hillary Clinton’s loss worth it?