Everyone has turned on Trump. Democrats hate him. We expect that. Republicans fear and dislike him. That we don’t need. Voters are mixed. The media is not. Even Nixon didn’t suffer fallout like this until after he’d been reelected, which is something Hillary Clinton should keep in mind while Republicans bide their time.

This is a free country. Your decision on who to support in an election is supposed to be your own. That changed this year. Depending on your choice, a badge of shame comes with your decision.

Are you embarrassed and maybe even ashamed that you are going to vote for Trump?

A nation of idiots? Afraid so.

Take heart. If you go against the grain you haven’t succumbed to stupidity. Consider this from a Democrat on the Foreign Affairs Committee who demanded that Trump not receive classified information after his comic remark that Russia could find Clinton’s emails:

The Republican nominee’s call for hostile foreign action represents a step beyond mere partisan politics and represents a threat to the republic itself. 1

So Russia will hack us, nuclear missiles will fly, NATO will dissolve, and every last illegal will be tossed out on his or her ear. We can only hope that last one is true.

Have we finally dissolved into a nation of idiots?

Worst reason to vote for Trump

Democrats and a growing herd of RINOs like to get misty over the whole nation of immigrants sham, but for some reason they develop amnesia over other parts of our history. They forget where our Declaration of Independence came from. The colonists didn’t like being told what to do so they revolted.

What happened to us?

It’s harder to revolt when the people oppressing you are in your face instead of across the ocean. This year the oppressors are your friends, family, coworkers, and political party. Damnation for your decision to vote for Trump fills TV and computer screens while Hillary’s every grunt is met with fervent approval. That’s too much for some of us to take, especially when it comes from the slinking cowards in our own party.

Some of us don’t respond well to this kind of treatment. For us, the worst reason to vote for Trump is the best: it’s something we are not supposed to do. 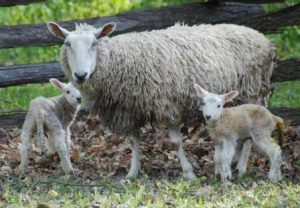 Best reason to vote for Trump?
This isn’t you.
Courtesy NPS

Best reason to vote for Trump: you are not a sheep

We have become a nation of sheep. The GOP is telling us not to vote for its candidate without even offering an alternative. Many of us are listening. Democrats are telling us the same thing. They want us to vote for their choice, of course. Many of us are dumb enough to listen. No surprise. Our national IQ has been sagging lately.

The British taxed us to the limits of our endurance. Those who oppose Trump the loudest want to tax us even more. Are Americans really so desperate, ill-informed, and dimwitted that they think giving the government more money is going to make us better?

He may not be your favorite Republican, but there is still one really good reason to cast your vote for Trump. Do it because you’re being told not to. Don’t be a sheep waiting to be sheared, or worse.