Home » Economy » Why Washington Despises You and Your Money

If you are sending more money to the IRS this month and feel anything but anger and hatred towards the evildoers in Washington who skimmed your paycheck all year and still want more, you are one of two things. You are either a tax cheat who really should be paying more or you are a moron. While it’s tempting to put Democrats in that last group, even they can’t be so hopelessly lost as to not feel a twinge of resentment when the tax code forces them to live up to their ideals. Most of us know theft is wrong, even when it’s legal and we voted for it.

Your money is good for doing what?

Taxpayers aren’t the only ones feeling ugly at tax time. Washington despises you for paying taxes almost as much as it views your money with contempt. When so many politicians risk prison to make money illegally, do you believe that they respect citizens who follow the laws they pass that tell us how much of our incomes we can keep?

If you want a reminder of how your money is regarded by tax and spenders visit Federal Scam Denies Opportunity to Kids. Rather than going into another rant about how Washington treats your tax dollars as if they lined the pit of the congressional outhouse, let’s talk about the real reason you are held in such low esteem by the powers that be.

Weak and helpless is not an attractive life choice. The current trend is to believe that nothing is anyone’s fault. That lie never dies, but it’s still a lie. 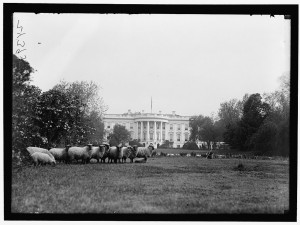 There are two kinds of weaklings in America. The first depends on your taxes. These helpless people don’t pay taxes but they like to repeat slogans about the 1% even though the fact that they are alive and have the energy to complain means someone is paying enough taxes to feed them. Washington despises these people. They don’t pay in to the federal coffers, but they can be used to get more money from working people who do.

The second kind of weak American pays taxes. A lot of good, honest people fit this profile. They are the targets of every tax increase because they don’t complain. Some even believe tax increases are justified because the government says so. They never write their senators or representatives to vent their anger and frustration. They don’t feel anything will ever change. They go with the flow. They vote for the same greedy, self-serving candidates year after year and wonder why things never get better. Washington also despises these good people and proves it with every argument for a tax increase and every dollar wasted.

Everyone pays too much in taxes. Even Romney.

The fact that so much tax money is treated so shamefully and with such disregard for the effort that goes into earning it means we all pay too much (see: How Not to Screw Middle America). Even people like Mitt Romney who are unjustly accused of not paying anything pay too much because anything handed over and treated as if it has no value should never have been given to the government to begin with.

Harry Reid is fond of those who pay no taxes, probably because it gives him an excuse to beat up on Americans who pay the most:

If Mitt Romney were President, he wouldn’t waste time worrying about the 47 percent of Americans who he believes are “victims” – who Romney says are unwilling to take “personal responsibility.”1

If the wealthy are despised by Washington, they are in good company.

Washington hates me? Why?

If you are a good citizen who pays your taxes why would Washington despise you? Is there something despicable about sucking it up, doing your duty, and signing a check every April even though your heart is filled with hate because you know your contribution has little value to politicians on the Hill who keep wasting what we give while asking for more? The problem could be that Washington considers you a sucker who believes you have no choice but to do what you are told even though the ideals our government was founded on say we are the ones who call the shots.

The ironic thing about this is that Washington also hates and fears you because deep down politicians know we can get rid of them if only we had the initiative to do so. Too often we don’t. That’s why we have self-interested hacks like Dick Durbin, Harry Reid, Charles Schumer, John Conyers, Nancy Pelosi, Bernie Sanders, Diane Feinstein, and many others hanging on year after year demanding that we give more. It’s also why we are stuck with Republicans like John Boehner who talk up tax breaks and then kowtow to Democrats. It’s easier to play ball than standing up for what taxpayers were promised in exchange for votes.

We are despised because we blame Congress for what it does but don’t hold ourselves accountable for reneging on our duty to stop lawmakers who do the same things year after year. Long ago we were imbued with the power to run this country. We gave up that power. We sit back and watch politicians make the government bigger, enlarge our commitments, and hand away more and more to the least deserving elements of our society. By doing so we make sure we will have to pay more in taxes. That’s the worst part of this bargain we have struck with our government. Washington despises us for becoming taxpaying sheep. We should loathe ourselves for allowing it to happen.