Barack Obama has something going for him that Donald Trump never will. He’s not a white guy.

Wetbacks? Race card is the only weapon left.

To his credit, Obama didn’t play the race card in his own defense. Others did it for him, including ex-president Jimmy Carter early in the president’s first term.1 Using race as a weapon is the sort of low blow politicians stoop to when pushing unpopular policy gets dicey. Now some of the initiatives most critical to Democrats depend on turning the dialogue to race and blaming opponents for prejudice, bigotry, xenophobia, and hate. The Congressional Hispanic Caucus showed us how it works when CHC Chairwoman Linda Sanchez insinuated that Republican use of the term “illegal” was the equivalent of calling Mexicans “wetbacks.”2

Our current president was on pretty safe ground with Republicans when it came to this kind of rhetoric. No one was going to accuse him of being a racist. If they did, it was an easy insult to defend. When the going got rough he could always reflect on his ethnicity:

Our new white guy POTUS can’t do this. When it comes to race he is going to be accused, vilified, criticized, insulted, and threatened to the very limits of tolerance. Because of his conservatism Trump is going to be guilty of every racial slight imaginable until the day he leaves office. When he doesn’t say the derogatory things the left wants to hear, they will create them.

There is already a track record for that. 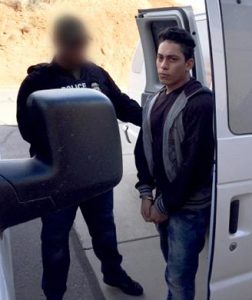 When it comes to immigration and social spending there isn’t a better target to be had than a rich, white guy POTUS.

The racial invective has been flying for months, targeting Trump and those being tagged for his Cabinet. New York Congressman Jerrold Nadler made a shockingly stark accusation after the Bannon pick:

I am appalled and disgusted that Donald Trump is doubling-down on hatred and racism in his very first action as President-elect,” said Congressman Nadler.4

We know what Democrats are appalled and disgusted about. It isn’t Trump’s alleged racism, but in the midst of defeat the party has a reason for optimism. Considering how much the liberal faithful resent wealth, privilege, and rich white guys, it will make their outrage at everything Trump does more believable.

Nancy Pelosi, another prominent white person, leveled these charges as part of the Democratic guilt by association propaganda campaign:

Democrats turned negative remarks about their treasured illegal immigrant reserve of future voters into de facto hate speech. Trump’s comments about criminal immigrants were only a reflection of the policies put in place by Obama and Homeland Security, but they came from a conservative white guy. Sadly, that is the dividing line between sensible enforcement and racism.

Do liberals need to invent a new term for “criminal?”

Hundreds of criminals stand behind the white guy’s words

533 illegals were let loose in California because of the Rodriguez v. Robbins class action immigrant detention suit. Homeland Security noted the crimes they had been held for:

Of the 533 aliens released pursuant to Rodriguez in the ICE Los Angeles Area of Responsibility from October 2012 through December 2013, ICE records indicate that 195 (approximately 37 percent) have been subsequently re-arrested by other law enforcement agencies, for a total of 471 crimes as of August 15, 2016. Crimes for which the aliens were arrested range from drug and theft offenses to violent crimes like murder, rape, child cruelty and spousal abuse.6

The Obama administration asked us to turn a blind eye to illegals who aren’t causing trouble so we could round up the bad guys. Their crimes include murder and rape. It’s a matter of public record. Catching them is a good thing.

No one took offense until our new white guy POTUS pointed out the truth.