Home » American Ideals and Values » Torture is Wrong. That’s No Reason Not to Use It.

Here we go again, arguing over torture. President Trump has been in office less than a week and he has already revived the debate over whether torture is wrong. The real question is why right or wrong matters. Why announce limits on how far the U.S. is willing to go? That’s what Obama did.

Ask yourself: what responsible leader would tell the world we are placing restrictions on what it takes to shut down those looking to kill, maim, and yes, torture our people? 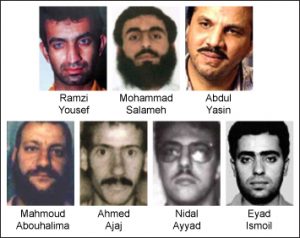 Torture is Wrong?
History begs us to reconsider.
Courtesy FBI1

Torture is wrong. So what?

In America we not only agree to do things that many believe are wrong, we pass laws to make sure we do them. We execute prisoners. Abortion is legal. Non-violent people are locked up with violent prisoners who do absolutely appalling things to them. We don’t stop it from happening. America drops bombs on the heads of faceless enemies and hopes for the best. Obama did exactly that in Libya days before he left office. Our laws declare these acts to be right whether or not they align with everyone’s values.

Americans are not strangers to doing terrible things. We torture, rape, brutalize, and murder one another. The violence in Chicago is outrageous, as the president pointed out in last week’s television interview that put enhanced interrogation front and center again. How much hypocrisy is behind telling the world we oppose torture while bullets fly and children die in the Windy City?

Torture is off of our books, thanks in part to a Senate Intelligence Committee Report that was either a Dianne Feinstein-chaired Democratic hatchet job or an honest, historic condemnation of enhanced interrogation. Subservience to international agreements also reinforces the message that torture is wrong but frankly, how good of a job has the world community done keeping its innocents safe by agreeing to play by the rules?

When the very long, very expensive report was declassified, Republican Senators Marco Rubio and Jim Risch called it one-sided and partisan. They predicted the fight wasn’t over:

But in the end, this report, which took six years and $40 million to produce, will not put to rest the debate over the CIA’s controversial former detention and interrogation program.2

It took almost three years, but we just proved them right.

Offending vs. being safe

The U.S. made an international display of our refusal to torture. Aside from a desire to not offend the world and Muslims in particular, our stance was inexplicable. The world community condemns our human rights record for executions. The UN shakes its head while we shoot each other. We still use lethal injection, but our values condemn torture even if it might save lives. Is the issue whether torture is wrong, who we use it on, or our insane urge to pacify and please?

Don’t condone torture. Just use it.

President Trump has a completely different set of interests to answer to than President Obama did. That said, few will stand up, wave the flag and demand that we bring back torture. Trump’s insistence on keeping America safe and hints that ruthlessness is not completely off the table was stirring, but even Republicans aren’t going to fall in line over this one.

The world frowns on torture. It also suffers mightily while preaching human rights even though those rights are routinely violated and mocked.

Fortunately, we might have a leader who understands that strength doesn’t lie in hypocrisy or fear of offending. It doesn’t reside in values that are wholly irrelevant to the threats we confront. Strength lies in letting people know you will do whatever it takes when you have to.

We don’t have to be as bad as the bad guys. Instead, we just need to let them know we are determined to be much, much worse.