The gloves were taken off earlier this year, thanks to renewed demands to steal with the estate tax.

Death is hard, but tax inequality rhetoric makes it worse 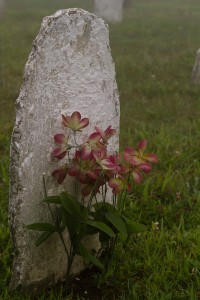 What happens after you die? No one knows for certain except for one thing. If you are judged too wealthy the tax man isn’t done with you just because you stop breathing. Democrats are more than willing to rub your family’s face in their pain by taking as much of what you left behind as they can get their hands on. It’s only a matter of when the opportunity presents to change the death tax ceiling.

Does the scam about Americans paying their fair share justify calling people lazy because they inherit money? This remark was made by Illinois Representative Jan Schakowsky, promoting her “Responsible Estate Tax Act:”

But if the Republicans had their way, you could inherit a lump sum of $1 billion and not pay a dime. That would pull an extra $269 billion out of federal investments in infrastructure, education, retirement security, and other priorities – and put it directly into the pockets of privileged couch potatoes.2

Bernie Sanders introduced his own version of the bill in the Senate on June 25, 2015 as part of his plan to grab more easy money by lowering the bar on estates from the current $5.4 million:

If we established a progressive estate tax on inherited wealth of more than $3.5 million, we could raise more than $300 billion over 10 years.3

Sanders has also suggested a “Robin Hood”4 tax on speculators, probably the closest we will come to Democratic honesty on the tax inequality issue. We know this isn’t about fairness or income inequality. It’s about paying for promises that year after year the party fails to deliver on because you can’t erase inequality by telling people to rely on the government. The best you can achieve is equality of mediocrity.

Is this about wealth and tax inequality, or prejudice?

The irony of a politician using morality to justify penalizing a minority Democrats seek to make vulnerable must have been lost on Sanders:

Our nation cannot survive morally or economically when so few have so much while so many have so little. We need a tax system which asks the billionaire class to pay its fair share of taxes and which reduces the obscene degree of wealth inequality in America,” Sanders said. 5

The anti-wealth hatred being promulgated by those in the public eye and the delusion that the Federal Government is entitled to your money after you die on moral grounds would be laughable if so many didn’t believe it. Not only should public officials know better, most would not hesitate to come to the defense of any other minority being targeted by the government.

Anti-Muslim speeches and statements only serve to divide us and pit Americans against one another.6

each and every one of us has a duty as an American to speak out against discrimination and intolerance.7

The only thing standing between Democrats in Congress taking action based on prejudicial, anti-wealth statements, discrimination, and intolerance is the partisan balance. If this type of concerted battle was waged against another group, the shrieks from liberal politicians would be deafening. In the case of the wealthy, it is a Democratic Party staple being reenergized for the next election.