Social media is a filthy, stinking cesspool. If you spend any time on the big social media sites you will read shocking things, especially when the topic is controversial. Obscenities and insults are the rule. Worthwhile discussion has vanished. Rumors, fake news, and bald-faced lies abound. Sharing and re-sharing turn it all into the truth.

We should worry less about Russia tinkering with election returns and more about how much of our politics is based on “facts” that aren’t true.

I have rules about posting on social media. No profanity. No insults. Be polite. Ignore the trolls.

A comment I left recently on the Facebook page of a popular political news site was immediately replied to with obscenities, insults, accusations and suggestions I won’t repeat. Why? My remark favored Republican candidate Donald Trump. That’s what can happen when you take more than a tentative dip into the social media sewer. You may want to engage because you have something interesting or relevant to say. Intolerance and hate will make you think twice before you do it again.

Outrageous rumors and fake news passed around during the election season had just enough basis in fact to be believable. They took the place of real news, which probably wouldn’t generate enough interest to be noticed. 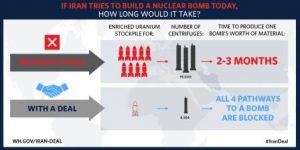 Rumors, hoaxes, and lies are more fun than legitimate news.

Social media rumors going around about Trump have run the gamut from child rape to the piles of lawsuits supposedly waiting to destroy him. They are eagerly shared at face value.

Hillary Clinton fares no better. Infographics of everything from her husband’s alleged sexual activities to pictures of the candidate outfitted in prison garb have become political fact because so many want them to be true.

None of this is news. It is damaging innuendo at best, but the more appalling the rumors the more we like to spread them around.

Rumors and fake news: why don’t we see it?

I have yet to see a chain political email that didn’t stand out as a fake. Sometimes it’s the bad spelling and grammar. Sometimes it’s the all or nothing perspective or the sheer lunacy of what is claimed as fact. Often these things are recycled for years. Every time the lies are shared more people are ensnared in the trap of rumors and fake news that walk with us into the ballot booth.

Republicans like to blame their failings on media bias. I’ve seen plenty of conservative emails and infographics that contain not a single word of truth. Why do we trust trash? Hoaxes and rumors repeat what we want to believe. Too often real news reporting does just the opposite.

Is all politics a lie?

Much has been written about the Internet’s ability to create fake news. The real question is whether there is any other kind. News agencies who blame us for consuming fake news instead of their own content erased any pretense of impartiality and fair reporting during the 2016 election season. Media sites picked their favorites. The gloves came off.

Rumors and fake news from Congress?

It’s not all about social media. One of the things politicians do best is spread fake news.

One of the big rumors going around this year is that our nation’s very existence is under threat by political candidates.

Right now Hillary Clinton is a greater threat to our national well-being than Donald Trump. Throughout her time in politics, she has shown terrible judgment and little regard for the truth. 1

Trump? We were informed by members of Congress that criminal sanctions may be in order for:

conspiring with foreign governments to undermine our democracy and target American citizens.2

This one has been going around ever since the missing emails comment. It won’t die, but it gives Clinton a leg up if the numbers don’t look good and there is any tinkering with our cyber network on Election Day.

When it comes to exploiting the truth, TV and radio spots are some of the worst offenders. Even presidential debates have to be fact checked. White House speech writers compose remarks for the president to deliver that are so slanted they bear only a casual resemblance to the truth.

This is politics. Truth is relative.

When you mix deceptive politics, dangerously twisted social media, and fake news, what do you get?

The beliefs that choose our leaders.