Home » American Ideals and Values » Republican Abortion Laws: Why Conservatives Must Say No

Democrats are always on the lookout for a new excuse to apply the “extreme Republicans” label. Nine really good ones dropped into their laps. Republican-backed abortion laws passed in a small minority of states are the new symbol for extreme conservative politics at the worst imaginable time.

Conservatives must speak out now against bills that punish crime victims. The legislation just passed in Louisiana and already on the books in states including Mississippi, Alabama, and Missouri goes too far in pursuit of conservative principle that legislates state-sponsored cruelty by turning a victim of rape or incest into collateral political damage.

Democrats will have the good sense to cry foul over Bel Edwards’ signature, but Republicans will be the ones to wear the blame. That’s why conservatives must draw a line in the sand now.

Do you remember the scene in the Wizard of Oz where the witch burns her fingers on the ruby slippers? That’s a good analogy for Republican-controlled legislatures backing zero tolerance abortion laws.

Time and again Republicans burn their fingers when they overreach on morality and women’s issues. There is no learning curve. Abortion, sexual assault, and gay rights are conservative quicksand. The words don’t come out right, as Missouri State Rep. Barry Hovis proved with his “consensual rape” remark. New bills go too far or they don’t do enough. The party has little credibility in these areas. It’s best to stay away, but instead conservative politicians reach for the ruby slippers time and again. They burn their fingers and then they come back for more.

This time state legislatures went too far even for conservative Republicans. They put real substance behind the charge that the GOP is anti-woman. That’s a very bad thing before an election year and more proof for the Democratic Party’s accusation that women are second-class citizens:

Wresting freedom away from women in Alabama, and similar actions in other states, is a warning shot to every woman in this country, a warning of an America where their bodies do not belong to them, and they are treated as second-class citizens.1

The response to that warning shot is already here. 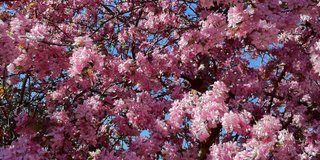 Pontificating over the morality of extreme state abortion bans is pointless because it’s not possible to convince decision makers that there is a middle ground for agreement. That’s not right or reasonable, but our politics isn’t about rationality.

There is one area where there should be no disagreement: how we treat victims of rape and incest. It’s unconscionable that an allegedly moral society condones prolonged, statutorily-enforced suffering for sex crime victims, but that’s precisely what the most restrictive of the new wave of extreme abortion laws accomplishes.

We should be able to agree that laws with absolute bans and no exceptions don’t work. America committed a similar mistake with mandatory minimum drug laws back when Just Say No was popular. Now we are reversing the damage done and even legalizing a drug that put many Americans in prison.

The new trend in state abortion laws is worse. How did we turn to the compassion-free amorality of punishing crime victims by forcing them to choose between giving up an infant they carry, supporting their child into early adulthood, or traveling to another state to commit an act judged by their state to be akin to murder?

This list of polls from Gallup2 reflects the option of the majority of Americans who don’t favor complete bans on abortion. Fortunately for lawmakers pushing these restrictive new laws the current fight isn’t about what the people want. This is about fanaticism, political power, flawed partisan principle, and ultimately putting Democrats in power.

The goal is not to do the right thing. It’s to make a point and force an issue because you have the power to do it. That’s a bad decision for Republicans and conservatives in general. This isn’t a fight the GOP is going to win whether it’s through a sweeping Supreme Court reversal of its 1974 landmark or at the ballot box. The costs will be heavy. The ending is very predictable. It’s incumbent on conservatives to summon the courage to say no.

State lawmakers swimming in their isolated conservative fish bowls should look outside the glass and see what the rest of the nation is up to.

As extremist lawmakers viciously attack women’s reproductive rights in statehouses across the nation, the Women’s Health Protection Act has never been more urgent or more necessary. These demagogic and draconian laws hurt women and families as they make personal and difficult medical decisions. This issue is about more than women’s health care, it’s about human rights—all our rights,” said [Sen. Richard] Blumenthal.3

Rape and incest are extreme violations of human rights. Somehow this simple moral fact escaped from the newest anti-abortion trend.

The president was swiftly dragged into the fray despite voicing opposition to absolute, no exceptions abortion bans:

The Trump Administration and Republican legislators across our country are waging a war on women,” said Frankel, Co-Chair of the Democratic Women’s Caucus.2

The WHPA is a response to “extremist lawmakers,”4 “extreme threats,”5 Republican “extreme bans”6 and “extreme movements:”7

WHPA guarantees a pregnant person’s right to access an abortion—and the right of an abortion provider to deliver these abortion services—free from medically unnecessary restrictions that interfere with a patient’s individual choice or the provider-patient relationship.8

State lawmakers threw down the gauntlet, but as we discovered with immigration when Democrats are in charge state-sponsored legislation that runs afoul of federal priorities is easy to circumvent.

It’s unacceptable that, in 2019, we’re still fighting Republican efforts to replace a woman’s choice with that of politicians.”9

Using the majority power of state legislatures to overrule what Americans believe is right is fundamentally wrong. It’s not moral and it’s not what conservative government is about.

In this case tyranny is begging for a tyrannical response and it’s going to get one. Extreme Republicans gave a Biden or a Warren or a Sanders campaign the ammunition to prove to the people what can happen when the GOP takes over and says no to protecting victims of particularly abhorrent crimes.

Do state lawmakers think that a liberal Democratic president they help elect with their restrictive abortion laws is going to appoint conservatives to the Supreme Court?

It’s time to jump out of the fish bowl and have a look at how things work in our real world, progressively more ugly national politics.

Legalizing marijuana came first. Abortion rights were next. As Illinois ended the spring legislative session lawmakers passed the Reproductive Health Act on May 31, 2019. The bill gives women the “fundamental right” to decide whether to terminate a pregnancy and denies any rights to an egg, embryo, or fetus.

Extremist Republicans want a fight over abortion. Now they’ve got one.