Do you enjoy wasting your money? Everyone has opinions on what that means. Your idea of a good use for your paycheck might seem foolish to me. There is one thing we can probably agree on, though. We detest giving money to Illinois. Our state is far beyond the point where money makes a difference. It only serves to enable the same behavior that put us in debt. If there was a checkbox on the primary ballot to vote for handing our tax dollars to another state, I would check it.

One of the great things about elections is that they give government a chance to ask voters questions that have nothing to do with candidates. This year there is a very simple, yet very important question that should be on the Illinois primary ballot, especially for those who declare they are Democrats:

How much extra do you want to pay?

During the 2016 State of the State, Governor Rauner remarked on our competition for highest-in-the-nation property taxes, staggering debt, and surplus of government. He also talked about “citizens and their government,”1 a concept that no longer has meaning in Illinois. The Democratic Party dictatorship that too frequently manhandles state finances has turned this into a government and its subjects relationship.

The massive disconnect between taxes and spending means a lot of people expect things that we can’t afford. Budget problems hit social services hard. We’ve heard lots of whining about that. This is an area where we are told money grows on trees and the inability to pay simply doesn’t matter.

Rauner isn’t stupid and our governor is no fool, even though it seems at times that this is the errand he signed up for when he decided to lead the state. Taxes really are all about citizens and their government. We should let those citizens decide how much they want to give and eliminate what we don’t want to pay for. 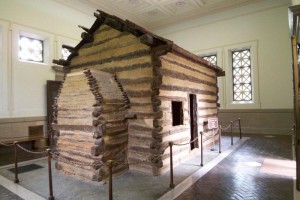 We pay so others can play. Why?

Did Illinois taxpayers get soft? Are we so used to handing over too much money to our state and local tax collectors that we don’t feel the burden anymore?

Our generosity and refusal to say no sends the wrong message to lawmakers. They seem convinced that a massive money tree is still growing in Springfield. If they didn’t believe it, we wouldn’t be in the pitiful condition the governor was forced to describe.

There is a limit to what can be taxed. That’s where the “citizens and their government” paradigm is supposed to take over. The take is supposed to balance with government’s ability to deliver something in return. Not here. In Illinois residents only receive debt in exchange for their too-high taxes, fees, penalties, and fines.

Budgeting is a pretty simple thing. You figure out what is coming in and you add up what has to go out. When you are finished you hope that the number at the bottom of the column is black. Red isn’t good. In Illinois it is especially bad because red not only means debt, it also reminds us of a repressed Republican Party that hasn’t had much success explaining the wisdom of fiscal responsibility.

Our state’s government workers make good salaries. The budget gurus in Rauner’s, Cullerton’s, and Madigan’s offices should have enough experience with numbers to know how much is coming in and going out. Some things have to be funded. Some don’t. Some are political favorites. Some aren’t. It’s a game with winners and losers. They know that.

Who should pay the tab for what our lawmakers have done? How about the dolts who voted them into office?

The Illinois primary is March 15, 2016, not that it matters to most voters. It’s not as if primary elections draw a big crowd. Too bad. We could have made this one much more interesting if there was any interest and we had the spine.

There is a critical question that should have been on the primary ballot. Since Springfield and Chicago Democrats are still in the throes of budget disbelief, their voters are the ones who need to answer.

We should have asked how much extra money primary voters want to pay on top of what they already owe to close the budget gap for non-essential spending. The people can decide what programs their donations go to. Some line items in the budget are not optional but others, like social service programs, can’t be supported when the state has no money. We need to pick and choose. The people who want these spending vehicles should have a chance to decide how badly they want them. This question needs to be asked during the primary. With no budget and no future, it’s not like we have a lot of time to wait and besides, what a historic opportunity to let the citizens put their money where their agendas are. Whatever programs don’t receive enough donations to stay in the black will be eliminated for lack of popular support.

You know what we would find out? Very few will want to pay up. We could give it a shot and ask again in the general election, but don’t expect anything to change. Financing more debt will always be something that other people should pay for. Complaining about services being slashed is a lot cheaper, especially if you get what you want whether or not you pay for it.