Home » Government Ethics » Most Dangerous Drugs in U.S. Lose to an Illegal Favorite

The Brits beat us to it. The United Kingdom announced its healthier drinking guidelines two years ago after the New Year’s holiday. It’s just a matter of time before our own safe drinking rules undergo an overhaul to fall in line with a growing trend that parallels our acceptance of marijuana as America’s illegal favorite. Alcohol and tobacco? They are still the two most dangerous drugs we can easily get our hands on.

Two most dangerous drugs are legal and very addicting

Fears about alcohol’s health consequences are backed by new advice from the World Health Organization:

there is no safe level for drinking alcohol.1

“None is safe or healthy” is the new mantra for health agencies that view drinking with a jaundiced eye (pun intended).

In the U.S. we are backing off on promoting the health benefits of moderate drinking. The most recent update to the Federal Dietary Guidelines is clear:

The Dietary Guidelines does not recommend that individuals who do not drink alcohol start drinking for any reason; however, it does recommend that all foods and beverages consumed be accounted for within healthy eating patterns.2

That doesn’t sound like much fun, does it? It’s not a good scheme for the tax man, either. The same goes for E-cigarettes, the newest trend in tobacco abuse that retains nicotine’s very attractive quality for government revenue departments: 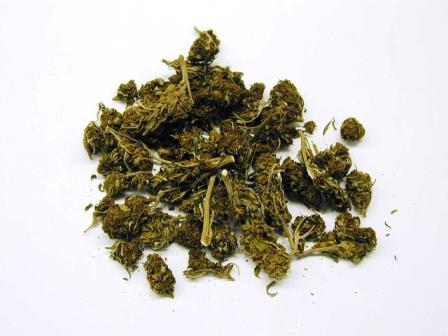 Illegal favorite: from assassin to the tax man

How we went from Harry Anslinger’s Assassin of Youth to a state revenue collector’s wet dream should warn taxpayers how far states are willing to go in their search for things they haven’t profited from yet.

Marijuana, an illegal, formerly dangerous drug suddenly has unbelievable health benefits, is fun to use recreationally, and is an incredible revenue source for debt-ridden states.

Sound too good to be true?

Rest assured this new focus on legal pot isn’t about your health or having fun. Besides, according to the Federal Government it’s not legal anywhere.

When people find out that they enjoy abusing a substance like alcohol, nicotine, or marijuana they tend to keep coming back no matter how high the cost. If you need proof look no farther than the ridiculously high levy government places on cigarettes knowing that nicotine is one of the most addicting substances on the planet. The cost goes up. The abusers keep coming back and were rewarded with an entirely new market of E-cigarette and vaping products to make tobacco abuse more respectable.

States are unabashedly frank about why they want to legalize weed. They need the money. The problem with alcohol and nicotine, easily our two most dangerous drugs because they are so available, is that money is already a moot point.

It’s been a long time since we locked up people for booze even though alcohol kills with joyfully creative abandon. Drink murders people with cars, with falls, with violent behavior, and a broad swath of terrible health issues.

Tobacco is a lot less flashy. It’s a quiet killer but like booze, it still brings in billions in taxes. That makes it a valuable moneymaker for all levels of government.

It’s easier for revenue departments to tolerate killers that are also big earners.

The Federal Government’s Alcohol and Tobacco Tax and Trade Bureau collected over $10.5 billion in alcohol taxes in 2018,4 an amount that can’t compete with the nearly $13 billion collected from tobacco.5

If this sounds like a lot of money, realize that these are only federal excise taxes. There’s a lot more cash to be collected on the consumer end.

States and localities also profit from these substances. For example, Illinois collected over one billion in alcohol and tobacco taxes in 2017.6

The problem is what to do when you run out of consumers to get hooked or worse, when you lose income because of your own counterproductive public health campaigns.

When that happens we need to find something new to get taxpayers hooked on. Suddenly a dangerous illegal drug looks a lot more appealing.

Cannabis no longer a dangerous drug

Marijuana is publicized as a cure all for symptoms for everything from ALS to PTSD to glaucoma. Pot’s wonder drug status is a big surprise and cold comfort for people who spent years in prison for violating laws in states that are now enjoying the financial gains from recreational drug use.

Is weed more dangerous than alcohol and nicotine? Maybe not, but we’re about to find out for certain as the number of users swells with legal use.

Should government be promoting marijuana as a cure all or even a replacement for other drugs of abuse like narcotics? Not if it plans to profit from the proceeds. That raises ethical issues too hypocritical to have answers.

For now much of the information users are receiving comes from the cannabis industry. The zeal of state lawmakers eager to make a buck and the industry’s aggressive promotion of this illegal wonder drug gives users the illusion of safety.

That’s another ethical issue with no easy answer.

Meanwhile, the Federal Government’s stance on this taxable drug of choice is pretty simple and straightforward: it’s illegal.

For now there seems to be a permanent détente between states that legalize and the Justice Department. Unfortunately there is no watchdog overseeing the ethics of how and why states decide to legalize marijuana. It isn’t so their residents can have fun. Compassionate use is certainly laudable, but it’s also a pretty obvious foot in the door.

According to the Tax Foundation, states impose excise taxes on growers in addition to sales taxes as high as 37% in Washington state.7

That answers a lot of questions, doesn’t it?

Paranoid pot smokers hunched behind drawn curtains in the 1960s would be astounded to hear this come from a member of Congress:

The Trump Administration should not be working behind the scenes to mislead the public and undermine our successful efforts to legalize and regulate marijuana at the state level.8

They would be even more surprised at suggestions that their right to smoke dope is a constitutional and states’ rights issue supported by a likely 2020 presidential contender:

The Strengthening the Tenth Amendment Through Entrusting States (STATES) Act ensures that each State has the right to determine for itself the best approach to marijuana within its borders.9

States who were sued by the Obama administration for trying to enforce their own immigration regulations when the White House turned a blind eye to their plight also have good reason to be surprised.

So let’s get this straight. States should be protected from federal law for legalizing another drug of abuse because they need the money, but they are bound by federal law when they try to prevent foreigners present in the country illegally from draining education, social services, health care, and public services funds?

That’s another ethical quandary I can’t come up with an answer for.

3. “Quick Facts on the Risks of E-cigarettes for Kids, Teens, and Young Adults.” Centers for Disease Control and Prevention. https://www.cdc.gov/tobacco/basic_information/e-cigarettes/Quick-Facts-on-the-Risks-of-E-cigarettes-for-Kids-Teens-and-Young-Adults.html?s_cid=osh-stu-home-slider-004%20, retrieved December 28, 2018.