There are two big money questions swirling around tax code reform. They are the same questions we’ve been asking for decades: who should get the money and why?

Don’t expect answers this year. Just sit back and enjoy the show because this promises to be a good one.

Amoral politics forces morality into the argument over government spending, which is why the debate always boils down to rich vs. poor. That’s where worthwhile discussion ends, the blame game begins, and progress stalls.

It’s hard to imagine that Robin Hood politics could get any more extreme than during the Obama years, but it shows no signs of becoming more civil. Fixing the tax code once and for all is the only viable legislative opportunity left on the Republican plate, so this effort will be attacked viciously, killed quickly, and subjected to ridiculous pleas for bipartisanship to excuse congressional inaction. 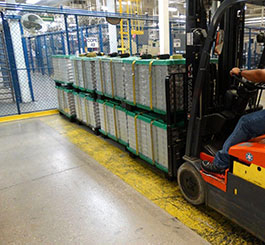 Money factory
Who keeps the cash?
Bureau of Engraving and Printing

Another big question: are the wealthy real people?

On Wednesday Democrats on the Ways and Means Committee released their response to the GOP’s plans for tax code reform. You already know what they said because who gets to keep their money and who gets to spend it defines our political parties.

Disparaging the wealthy took an odd turn with a hint that the rich aren’t real:

Tax reform for the real people they want to help is a good thing, of course. In fact, it’s so important that Speaker Paul Ryan wants to help America’s real people too:

We need a break from this kind of nonsensical back and forth. Are we going to get one?

Lucky for us there is no confusing what Democrats mean by real people. Representative Neal made it perfectly clear:

the wealthy have gamed the system to exploit the tax code for their own narrow interest. Democrats are working to give the American people what they want: a tax code that is founded on fairness—not based on who you know or how wealthy you are.”3

That’s puts us back on familiar turf. Fortunately, most of us know that politicians aren’t real people any more than the wealthy. They game the rich and the poor with the two money questions we keep hoping to answer.

Hilariously, Nancy Pelosi believes that this kind of venom will turn into some sort of bipartisan agreement:

As our Distinguished Ranking Member on Ways and Means [Congressman Neal] tells us regularly: to have real tax reform you have to have bipartisanship, for it to be sustainable, and that was what happened before, before I was here, in ’86.4

Ms. Pelosi has been around long enough to know. Has anything sustainable happened?

A poll on our divisions by Pew Research confirms what we hear from Washington about the difference between left and right on the issue of where our money should go. Conservatives aren’t keen on spending to help the needy. Liberals want to spend more and don’t believe our system is fair.5 That’s certainly no surprise but it raises the chicken and egg question. Were these ideas on economic inequality and who deserves our money instilled by the people we put in office, or did we vote them in because of what we believe?

If we vote our beliefs we vote like fools. No matter what we do, how large the budget, or how much Uncle Sam takes from us every April the argument never changes. With this week’s House passage of $4 trillion dollar budget, Republicans are going to have to put some real spending cuts on the table. The last few years showed us phony, overhyped compromises, not fiscal restraint.

As long as we never get two answers to our two big money questions Congress can rest easy. When this effort at tax code reform goes up in flames they can set it on the shelf until after midterms. In 2019 we can resume the same debate and try to decide who gets the money after another stab at health care reform goes down the drain.