Too bad America’s left isn’t more militaristic. Missiles and uniforms would add some impact to this year’s May Day rallies. Russia is way ahead of our liberals on this one. How can you celebrate May Day without a show of force?

Strength in numbers sounds impressive, but when all you are doing is demonstrating with no power and nothing to back up your words the numbers only make things worse. They prove you are powerless.

May Day rallies: anarchy by the numbers

There is no point in rallying for a cause that isn’t going anywhere. It makes you look weak. Someone should have told the organizers of the May Day rallies planned for Monday that these events look like pointless anarchy to most people. The crowds look massive on the news but they are minuscule compared to those of us with things to do like going to work. When you work, follow the law, and don’t expect rewards for doing the wrong thing you don’t have to depend on mob action for power. 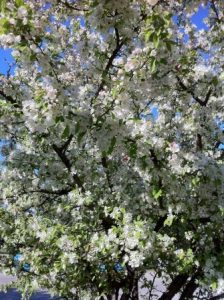 Don’t Rise Up. Do something worthwhile instead.

Ever-reliable activist Congressman Luis Gutierrez (D-IL) implored workers and immigrants to “Rise Up” to “demonstrate the solidarity between Americans and immigrants.”1 He told the House of Representatives what May Day 2017 is all about:

And this year it will be a day to honor working people of all types, but there will be a special emphasis this year on immigrants working and living in the United States.2

He is correct. There is a special emphasis this year, but it’s not the kind the congressman is looking for. Political power has shifted. Anarchy and mass protest are not moving the balance to the left. Inciting discord, silencing free speech, and even insurrection have failed. Trump is still in office. Republicans rule Congress. Hope and change is finally over.

Karl Marx would have approved of the efforts of the liberal left fringe, but he is long dead.

Immigrants insult and workers are the butt of a joke

Immigrants insult their new home when they participate in May Day rallies. They can moan all they want about harsh treatment, but there aren’t many countries that treat illegal foreigners with the kindness that America does. There is no reason to live in fear unless you have done something wrong and even then, news of widespread immigration crackdowns is more of a threat from leftist agitators and politicians than a reality.

The big joke is on American workers who have been duped into supporting their illegal competition. By participating in May Day proletarian protests they have subordinated themselves to their organizers. That makes workers weak and powerless, which is how their handlers like them.

Anarchy, insurrection, and threat of violence the goal?

Violence hasn’t worked for the left. Neither has adding more protesters to their rallies. That only leaves one option: raising the stakes.

That won’t work because there is nothing to gain. An immigration bill is not in the works. The federal minimum wage is not going to be raised to $15/hr. With Obama and his Justice Department gone, racism by the police is a dead issue that was based largely on politics, not facts.

May Day rallies in Chicago, Seattle, and elsewhere run the gamut of leftist causes. We are familiar with the demands. What’s disturbing is how little good activists find in this country. Their stock in trade is exploiting manufactured faults and casting blame for profit, so perhaps it isn’t a surprise.

Most of us will be at work or school on May Day. If you don’t work or can’t because you are one of the objects of these protests, then a May Day rally will help pass the time. Don’t think for a moment that it’s going to get you anything. Leftist get rich quick schemes never lead to wealth unless you are a famous activist, left-wing politician, or union boss.