Who could have imagined that One Nation Under God could so easily fall to One Nation Under Karl Marx? That’s what is coming if Democrats impose their legislative trifecta of infrastructure, social spending, and legislation to remove protections to the right to vote. When they are finished we will be well on our way to an economy based on human infrastructure socialism.

If you think socialism is just about economics, think harder. Democrats will turn Marx’s destructive theories into a religion. They have already forced a woke moral code on our nation. They are following it up with an offer of nanny state, cradle to the grave government support for people they will do everything in their power to suppress. 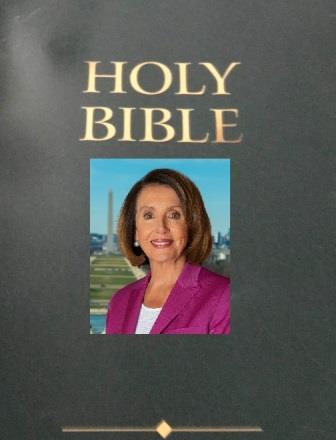 Is America ready to swap socialism for God? A 2019 Pew Research poll showed that the number of Americans who identify as Christian dropped 12%. Those identifying as atheistic, agnostic, or “nothing in particular” rose 9%.1 Another poll found that two-thirds of Democrats and “Democrat leaners” viewed socialism positively and 14% had “a very positive view.”2

We found out last year how much shutdown-crazed public officials value religion. They closed churches because of the pandemic while taxing bodies like liquor stores and pot shops were left open to prey on Americans panicked by the left’s constant threat of certain death for anyone who didn’t follow orders. Sin taxes flowed. Offering plates went empty. If you want to know where the Democrat Party’s god resides, there’s your answer.

Human infrastructure is really about numbers

Democrats call it “human infrastructure.”3 It’s a good term for what they want to do because it hides their big lie. Human infrastructure is not really about government spending. It means turning people into political commodities Democrats can leverage. That’s why it’s so important to Nancy Pelosi that her party “pass the budget resolution immediately”4 alongside the infrastructure and illegal voting bills. Everything needs to be in place long before the 2022 midterms.

President Biden has summoned human infrastructure from all around the world to spill across our Southern border in numbers his administration can’t control. Thanks to his catastrophic Afghanistan blunder we will have an untold number of additional foreign nationals arriving with little or nothing and no one to depend on except American taxpayers and the Democrat Party.

This is a scenario Democrats dream about. Dependent people are their party’s future. Nothing takes advantage of mass dependence quite like socialism.

There is nothing especially new about Democrats pushing dependence except the growing acceptance of socialism in America, the historic numbers of penniless foreign nationals entering our country, and the insistence from liberal elites that the government should reorganize the economy to pay for universal preschool, child care, college, health care, incomes, job creation, retirement, and saving lives by staving off the threat of climate Armageddon in case COVID-19 doesn’t wipe us out first.

This is an all-encompassing belief system complete with a controlling, all-knowing higher power in Washington. It matches the definition of a religion word for word.

Biden talked about human infrastructure in a recent trip to Illinois. He chose a financial train wreck of a state that may be the best proof we have for the economic destruction and violent loss of human life that result when Democrats are in charge. The president vowed to help us “once again lead the world”5 without saying who, if it’s not the U.S., is leading the world now. A little qualification would be helpful, though the Afghanistan debacle backs his claim that it’s no longer America.

Connecticut Democrat Rosa DeLauro made a better effort at honesty when she boasted what Democrats’ “transformational”6 $3.5 trillion reconciliation bill will achieve:

This morning, the United States Senate voted to pass a historic budget resolution that will help to advance Democratic priorities and continue to Build Back Better by making critical investments to expand our Nation’s social safety net,” said Congresswoman DeLauro.7

Remember what happened with Democrats’ Affordable Care Act, the bill Pelosi told us we should pass first and sort through later? We’re going to get the same thing only worse with their $3.5 trillion reconciliation monstrosity and it won’t just impact health care. It will impact everything about America and not for the better.

Don’t call it a reconciliation bill. Call it the left’s new religion.

Democrats are offering cradle to the grave government support to America’s human infrastructure. This is an all-encompassing package being passed off as essential social spending. It’s a moral, economic, and political framework for sucker liberal taxpayers who believe their own nonsense and disadvantaged voters who don’t see any option except government support.

Democrats prey on need. Nothing speaks to socialism like millions of people without the education or resources to fend for themselves. Liberal politicians have learned a lot from decades of keeping disadvantaged urban minority communities right where they want them. They are very experienced at suppression in the guise of government assistance for the poor and working classes. Human infrastructure spending will be their best effort yet at creating a permanent underclass just like we see in our large, Democrat-run cities.

Marx called religion the opium of the masses. “Opiate” is synonymous with dead Americans and should lead us to question the quantity of deadly illegal drugs Biden’s foreign human infrastructure is bringing across the border.

The truth is that Democrat spending bills are the opium of the masses. 81 million Americans voted for socialism when they cast their ballot for Joe Biden’s far left fantasy.

In a July 2021 newsletter the Democratic Socialists of America’s National Political Committee speaks of Leadership, Love, and Winning Socialism:

That’s also why we need to talk about love — about radical love in our spaces. The next couple years will not be easier. Things will not get better unless we fight to make them so.8

How much will it take to buy radical love? Elizabeth Warren (D-MA) claims in an August 13, 2021 Washington Post Op-Ed that she can take $5 trillion from wealthy U.S. taxpayers to make up for America’s rigged tax system.9 That should get her party’s foot in the door.

Are you feeling the love yet?

There was a time when our nation prided itself on religious freedom. While that freedom may apply to religions like Islam that carry some identity politics value, political support for Christianity is fading.

So America’s Christians are authoritarian nationalists. Presumably illegals who come from predominantly Roman Catholic countries like Mexico are exempt from this harsh judgment. It may not be as easy as abortion-loving Democrats think to convince them to dump Catholicism and take up socialism.

What’s so disturbing about these not-so-subtle attacks is the effort to discredit Christianity by equating it with right wing extremism while the left-wing extremism implicit in the Democrat Party’s reconciliation package is applauded by lawmakers voters were gullible enough to trust with America’s future.

One of those politicians is Pennsylvania Democrat Brendan Boyle. Boyle said this after vowing to not support the Senate infrastructure bill until the reconciliation bill passes:

This is only the second time in my lifetime that we have an opportunity to ‘go big’ for the American people and pass truly transformative legislation. We must seize it. 11

Did he mean seize it or seize them? The deeper Democrats sink their hooks into every facet of our lives the harder it will be to disengage them and they know it. That’s why Pelosi is in such a rush to pass the reconciliation package before Democrats have a chance to reconsider the damage they are about to inflict on our country and its human infrastructure.

3“Remarks by President Biden on the Benefits of the Build Back Better Agenda for Working Families.” whitehouse.gov. July 7, 2021. https://www.whitehouse.gov/briefing-room/speeches-remarks/2021/07/07/remarks-by-president-biden-on-the-benefits-of-the-build-back-better-agenda-for-working-families/, retrieved August 15, 2021.

5“Remarks by President Biden on the Benefits of the Build Back Better Agenda for Working Families.” whitehouse.gov. July 7, 2021. https://www.whitehouse.gov/briefing-room/speeches-remarks/2021/07/07/remarks-by-president-biden-on-the-benefits-of-the-build-back-better-agenda-for-working-families/, retrieved August 20, 2021.