We expect corruption from foreign governments. Dictators, payoffs, and graft in South America and more corruption, terrorist infiltration, and money laundering in the Middle East are facts of life. When we hear about them we are not surprised.

Corruption is a fact of life here in America, too.

The difference is that we don’t snicker as much when the corruption is dumped on our back door. We shake our heads and resign ourselves to what we have come to think of as an unavoidable part of government: public officials violating our trust, eroding our faith, and costing us money when we finally punish their behavior.

Is corruption in public office something we should live with, or do we simply not care enough to put an end to it? 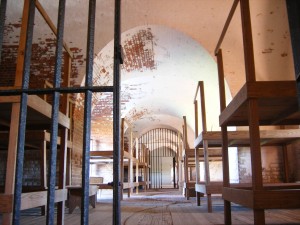 Power doesn’t cause corruption. Money does.

You know the saying about corruption and absolute power. We need to take that thought a bit further. Money and opportunity corrupt because in their absence power has little payoff.

Unlike so many before her, Chicago school system boss Barbara Byrd-Bennett did us a favor. She agreed to plead guilty. We were spared the denials, the insistence on proving the charges are false and unjust, and all the other signs that a public figure is guilty of graft, payoffs, or some other form of corruption.

There is nothing special about this new list of Illinois corruption allegations. No one here seems especially surprised. The rumors were swirling long before the indictment. We should be appalled, incensed, even horrified that something like this can happen right under our noses. Instead, many Chicagoans will sit back, sigh, and wait for justice to take its course while they worry about the Bears or the fate of the Cubs in the baseball playoffs.

The glory days of Pat Fitzgerald are over.

Fitzgerald told us all we need to know

Back in the days of Patrick Fitzgerald the list of prosecutions for corruption read like a laundry list of Illinois’ political elite. From the Fawell and Rezko victories to sending George Ryan and Rod Blagojevich to prison, Fitzgerald told us all we needed to know about the abysmal take on the public trust so prevalent in this state. He warned of the dual risks of apathy and opportunity:

Some residents simply disengage from the political process and no longer trust their government to function well or in their interest. Other residents may come to believe they must engage in corruption in order to gain government benefits themselves.2

In other parts of the world disengagement is not the issue. The problem is information and making sure citizens know what their government and public officials are up to. Programs like ACTION (Addressing Corruption Through Information and Organized Networking) stress the importance of transparency in areas like the Middle East and North Africa:

Unfortunately, there is a tipping point and we seem to have reached it. Lack of information is not the problem. It would be wiser to suggest that we have become jaded because we know too much. Checkered histories in public office and rumors about ethical lapses before an election are not the liability they used to be.

Is there a better way to punish corruption, one that strikes at the heart of the crime?

No more graft, no more payoffs: the final solution to corruption

Trials cost taxpayers lots of money, but we have to let justice play out. When we finally get to the final act of going to prison, we are violated again because we have to pay the cost.

There is a better way to stop corruption dead in its tracks than locking up the guilty. What’s the answer? When public officials are convicted we should sentence them, repeal their citizenship, kick them out of the country, and make them reapply to come back after the term of their sentence has passed.

They can choose what country they want to live in. There are hostile nations aplenty that would be more than happy to employ our more experienced crooks. After all, nothing speaks to ability like experience.

The best thing about repealing the citizenship of corrupt public officials is that it speaks to the worst aspect of their crimes, violating our public trust. No one who violates that trust deserves American citizenship. No amount of money, no fine, and no prison sentence can restore the people’s trust once it is lost and we have become resigned to all the ways government can be used to turn an illicit profit. When we give up and the anger fades, corrupt public officials win. Instead of funding their lives behind bars while they plot their return to public life, better to banish them from our country altogether.

Let me know what you think. Is repealing citizenship a fitting punishment for corruption?