My father died last Wednesday. He was a World War II veteran and a good man with an infallible moral compass. He had been sick for a long time. For those of you who have not had the experience of watching a loved one leave this world despite the best efforts of medical science, know that dying can be difficult. The end doesn’t happen easily, but there are ways it can be made better. That’s where hospice comes in.

I have read all manner of objections to hospice. Some accuse providers of hastening death or practicing euthanasia. The truth is that death is mean-spirited and unstoppable. It will eagerly rob a dying person and their family of every last shred of dignity if we let it. 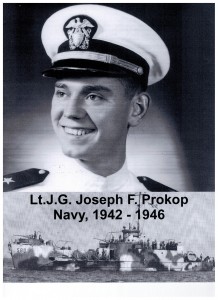 Experiencing the inexorable, daily decline of my dad was not enjoyable. Without hospice it would have been unbearable. The hospice workers we met were good people. They try very, very hard to ease the slow, sometimes horrific business of dying. They are good at what they do because they know the territory. Most of us don’t. When the end comes, we wouldn’t be able to cope without them.

Amazingly, hospice is something the Federal Government helped make happen and still hasn’t regulated out of existence.

Hospice is a federal benefit that works

Like any other type of health care, hospice isn’t cheap. The government made a rare, smart decision and beginning in 1982 decided to help pay for a service that had been around since 1974. 1

This is one federal benefit largely spared by partisan acrimony even in these government health care-hating times, a good thing given the swell of aging Baby Boomers. Not only has hospice avoided much of the destructive regulation that has damaged other facets of our health care system, Medicare benefits still pay for most of the charges, as explained on the program’s website.5

The future belongs to the young. Dying is the province of the old. With America’s senior population growing fast the myriad variations on how we shepherd people through their final days will increasingly be a financial calculation. With hospice, the government has handled that accounting with compassion and intelligence and managed to help make dying better.