Home » Immigration » H.R. 6: Dream for Illegals is Another Promise to Fail

Democrats are taking another stab at immigration policy failure. In typically deceptive fashion they called H.R. 6 The American Dream and Promise Act at its March 12, 2019 unveiling.

The real purpose of this bill is less flashy and a lot more honest:

To authorize the cancellation of removal and adjustment of status of certain aliens, and for other purposes.

That’s what Democrats want to do. The “certain aliens” are the undocumented type.

H.R. 6 is a false promise to illegals and a guaranteed failure out of the box good for little more than press releases, blame, and partisan grandstanding.

Dream and promise sells better than amnesty for Dreamers

The Democratic Party and activists supporting this bill forget that there is no such thing as a “Dreamer.” It’s a made up term for something liberals won’t call by its real name.

“Amnesty” is a dirty word. Republicans wisely avoided the issue with their not so historic RAC Act (“Recognizing America’s Children”). Democrats are only slightly more honest with the title of their new legislation and we should be suspicious of the “other purposes.” Why? We’ll get to that in a moment. 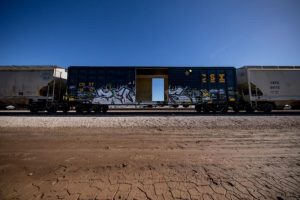 44 illegals seek dream and promise in a boxcar
Courtesy CBP

Majority Leader Steny Hoyer (D-MD) announced this symbolic bill on Tuesday with a not so new tale about our history:

We talk about America as a nation of immigrants, but guess what: America is America because those immigrants became citizens of America, and they helped build America, and they made America all that it could be – and they’re continuing to do that. And, very frankly, ladies and gentlemen, we need immigrants in America, as we always have, as we do today.1

Hoyer and fellow Democrats are still living in the past, before the start of their Trumpian nightmare. Liberal Messiah Obama is long gone but when all else fails he comes back:

Obama may have cared, but it doesn’t matter anymore. He isn’t sitting in the Oval Office and Democrats don’t rule the Senate.

Most important, America refused to commit to legitimizing illegals then and we won’t commit to it now. That’s a problem for H.R. 6.

The Dream and Promise Act announcement included an uncited, unsubstantiated claim from Hoyer that 86% of Americans want this new bill to pass.3 That seems unlikely, considering the bill is brand new and besides, when has it ever mattered to Congress what the majority of us want? What matters at the moment is what majority Democrats want. 210 have signed on as cosponsors. Not a single House Republican supports this legislation.

Today, House Democrats are taking an important step forward to provide relief to Dreamers and those with TPS and DED,” said Leader Hoyer.4

Mark Takano (D-CA) justified H.R. 6 with the myth that illegals are Americans:

America is a promise – a promise of freedom, justice, and opportunity – and to be an American is not defined by your immigration status, but by a set of values we all share,” said Congressman [Mark] Takano.5

In truth, American citizenship is defined by law but that’s not something that impacts liberal immigration propaganda.

Despite the difficulties they have faced without immigration status, for Dreamers and TPS recipients, this country is their home,” said Congresswoman Lofgren.6

That bit of profundity is the problem, of course. So is what H.R. 6 wants to do with another bit of legislation that protects Americans.

Ten years of protection from deportation and a hazy take on what constitutes criminal behavior is old school. We’ve been there. We’ve tried to do that. With the exception of the Obama DACA order legislative initiatives have failed.

Notwithstanding any other provision of law, an alien who is not lawfully present in the United States shall not be eligible on the basis of residence within a State (or a political subdivision) for any postsecondary education benefit unless a citizen or national of the United States is eligible for such a benefit (in no less an amount, duration, and scope) without regard to whether the citizen or national is such a resident.7

That means in addition to opening the door to federal financial aid H.R. 6 allows states to decide whether or not to advantage illegals over the children of citizens and lawful residents for tuition purposes. This is a direct contradiction of Obama-era Democratic policies that not only denied states the right to pass their own immigration laws, but sued those who stepped over the line.

Bad dream and a false promise

This new dream of being an American is another false Democratic Party promise to illegals, much like the party’s promise of prosperity to the poor and underprivileged that we hear election after election. What’s especially egregious about the Dream and Promise Act is its direct assault on the rights of citizens protected and codified by federal law.

Fortunately, we know where this new Dream and Promise is headed. You will hear a lot about it in the days to come, but it will never go anywhere.

UPDATE March 16, 2019: American citizenship is a privilege, not a protection

Give credit to Steny Hoyer for unashamedly pushing his party’s nonsense about what being an American means to the limits of endurance.

As the “Sunshine Week” homage to open government drew to a close yesterday the majority leader indulged in more deception about what Democrats accomplished:

We introduced the Dream and Promise Act, which will protect Dreamers and those with Temporary Protected Status (TPS) or Deferred Enforced Departure (DED) by ensuring they have a pathway to citizenship.8

Citizenship is not a protection. It’s a privilege, not a reward for evading law enforcement.

Suspending deportation is a protection, but when Trump offered to extend DACA Democrats said no, just like they refuse to agree to border security.

The party makes fools of new citizens who do the right thing and ridicules those of us whose families have contributed for generations by spreading the lie that anyone who stumbles across the border is an American.

Contrary to what Hoyer, Takano, and other Democrats will tell you, being an American is more than a politically motivated entitlement.