When will we find the courage to call illegal immigration backed by political demands to comply with politicians’ views on who should live in our country immigration terror? We are being assaulted on two fronts. The first comes from illegals assailing the border so they can join an untold number already living in the U.S. The other perpetrators of immigration terror work in Washington. They have been lying about efforts to control the situation for so long that it can no longer be controlled (see: Lies About the Border Reveal Obama’s Policy of Deceit).

Obama’s “shared interest” a sure winner for Mexico.

After an announcement early in Barack Obama’s first term of a “Comprehensive Response & Commitment”1 to security with Mexico, the president had a press op with Mexico’s President Calderon during which he confirmed:

We also discussed our shared interest in meeting an immigration challenge that has serious implications for both the United States and for Mexico. My country has been greatly enriched by migration from Mexico. Mexican Americans form a critical and enduring link between our nations. And I am committed to fixing our broken immigration system in a way that upholds our traditions as a nation of laws but also as a nation of immigrants.2

There is no immigration challenge for Mexico or Central America. The only shared interest is for countries south of the border to unload as many of their citizens on U.S. soil as possible and for our government to aid and abet them by encouraging illegals to come here.


There is more to terror than violence. It can come from scare tactics and threats, too. Immigration terror comes from intimidation by the sheer force of numbers, and threats of economic damage and political revenge.

Immigration terror has serious implications for the U.S. On one hand, we have intimidating numbers of illegals arriving from Mexico and Central America. On the other, we are being threatened with White House demands to spend billions to deal with the influx of illegals and are threatened by members of Congress engaging in immigration terror based on ethnicity and partisanship.

Immigration terror by the numbers.

Whether Americans are threatened with the newest border surge, humanitarian crisis, or the uncountable and untracked millions of illegals living in the U.S., the numbers are daunting. When manipulated by our government they become terrifying. How do we control a problem when we can only guess at its size?

The president’s newest bright idea is to spend billions on foreigners so captivated by his permissive policies and outrageous promises that they created a humanitarian nightmare that played into the hands of the Democratic Party. $3.7 billion is a lot of money to threaten taxpayers with for a problem the White House has no reason or desire to fix and many reasons to let get worse.

Immigration terror and the war against Americans.

Americans are also receiving threats about the political consequences of refusing to say “yes” to a pro-illegal immigration agenda. The threats include the demise of the Republican Party, as in these comments from Congressional Hispanic Caucus member Luis Gutierrez:

But if you do nothing on immigration, I guess you can take comfort in knowing that from Abraham Lincoln to George W. Bush, you had a good run.3

After a respite from ethnic favoritism that reached a peak during the 2012 election season, we are again hearing arguments from the left promoting bias in our political system based on ethnicity, not citizenship:

With or without immigration reform, Latino voters are a force that is growing faster than Republicans can withstand — and are tilting more towards the Democrats with each day Republicans stand in the way of stopping deportations that are breaking up Latino families.4

This is not about being a nation of legal immigrants. This is about breaking the law, ethnic bias, and arguably, racism. The president is in lame duck territory, so the White House has backed off on its pro-Hispanic agenda. Democrats in Congress who plan lifelong careers on Capitol Hill have other ideas. 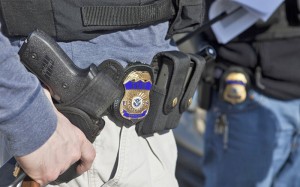 During the Napolitano days smart policy meant clamping down on the most egregious criminal offenders we had been ignoring or refusing to deal with. Now, faced with a bill for billions that is just the beginning and hordes of illegals we hold ourselves powerless to stop, nativism may be the only smart policy.

Remarks from the White House in advance of this week’s meeting with Central American leaders relied on the strength of an impotent, useless international community to control a problem that belongs to America:

The leaders will also discuss how we can work together with other members of the international community to foster development, economic growth, and security in the region and address the factors that are causing Central American citizens to undertake the dangerous journey to the United States.6

If relegating illegal immigration to the U.S. and eliminating other countries from the solution seems isolationist, think back to the promises, assurances, and glad-handing between our president and Felipe Calderon. Nothing was fixed. The situation got worse. Why should we expect otherwise? It is cheaper for countries waging immigration terror against the U.S. to dump the costs of care and feeding for their people on American taxpayers, many of whom believe government propaganda that they are doing the right thing.

Is nativism a smart response to immigration terror? Are we seeing a nativist surge in the immigration protests springing up around the country? We can use the laws we already have. We don’t need a new bill to build a bigger fence along the border. Republicans can say no to more spending to feed and house lawbreakers. As far as Mexico and Central America are concerned, there aren’t many nuclear physicists, business owners, or medical researchers shelling out their last peso to smugglers at the border, despite what we hear about amnesty and economic prosperity. Once the fence is put up we can turn our backs. Americans, not illegals and traitorous politicians, should always come first.