You were just run over by a bus and are dying on a gurney in the emergency room. Are you thinking about how diverse the doctors are who are rushing to save your life? Probably not. What matters is that you don’t want to die. You can only hope that the hospital chose its staff based on their skills and not so it can boast the differences in their skin color, gender, or sexual likes and dislikes.

Dying in the ER does a pretty good job of spelling out what’s wrong with our hysteria over being diverse. We are being led to believe that diversity makes us better when all “diverse” means is different. 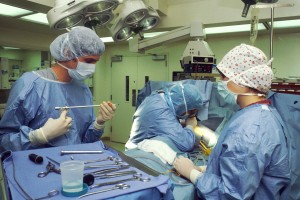 Is this the place to worry about diversity?1

What does being diverse mean? By itself, nothing.

Diversity is a straw man. It doesn’t matter whether the issue is immigration, community policing, housing, or financial services. Making a cause out of over representing minorities doesn’t bring real diversity, though it does answer political needs.

Census figures show that 13.2% of our population is African American. 17.4% is Hispanic or Latino. 77.4% is white.2 That doesn’t mean white people should call the shots. It does call into question accusations about the lack of diversity in our society that is not supported by the numbers.

After a year that started running out of liberal causes because they were blocked in the courts, halted in Congress, or simply ran out of steam, forcing America to be more diverse is still on the nation’s plate. Heavily politicized outrage over police violence bears some of the responsibility. It helped feed the push for more diversity by presuming that less diverse police departments have problems relating to minority communities and may be more prone to violence, an assumption called into question by the officers charged in Baltimore’s Freddie Gray incident.

Why is our infatuation with diversity so wrong? It is politically motivated. Making America more diverse isn’t about diversity. Being different has no value by itself. In the past we have embraced diversity with an over eagerness bred from the burden of guilt created by politics, which has a way of making unreasonable things seem reasonable. The emphasis should be on opportunity. Instead, the dialogue implies that what makes someone diverse also makes them better, which is only true when the goal is appeasing pressure groups.

Politics mistakes what being diverse is about

When the president signed his order barring discrimination by federal contractors because of sexual identity, the White House PR assault inferred that diverse talent is best:

The President also pointed out that workplace equality is simply good business. Noting that most of the Fortune 500 companies already have nondiscrimination policies on their books, he explained that these policies help companies attract and retain the best talent.3

It’s hard to believe that sexual preference determines one’s value in the workplace, but our fear of not embracing diversity makes it easy to draw the wrong conclusion. There are a lot of reasons one might want to work for a Fortune 500 company that have nothing to do with sex.

The diversity in community policing argument will be with us for a long time as every questionable incident is turned into a national civil rights catastrophe. FBI Director James Comey discussed the value of interacting with communities with a more diverse law enforcement workforce:

Diversity must be at the core of all of our conversations at the FBI,” he [Comey] said. “Diversity is about doing the right thing, but also about effectiveness. It’s about being good at what we do. We are simply less effective when we are less diverse.4

His point has merit but again confuses diversity with opportunity. When we focus on diversity for its own sake we imply that our differences are what count. After years of being told to be blind to race, gender, and religion for the sake of equality, these characteristics now drive our decisions.

When Congressional Black Caucus Chairman G.K. Butterfield talked about diversity on the bench he seemed to imply that justice should not be color blind:

Communities across America must have judges presiding over cases that reflect the diverse makeup of their communities. Judges must come from the real world and understand the racial and cultural differences that make our country so great. Put a different way – judicial diversity promotes impartiality by ensuring that no single viewpoint or perspective or set of values can persistently dominate legal decision making.5

It’s important to have our judicial system reflect the diversity of our country. Our Caucus has relentlessly pushed for Latino representation in every sector and will continue to do so until our priorities are mirrored at every level.”6

The dirty secret about placing value on being diverse for political reasons is that it celebrates our differences as excuses for influence. The fact that African Americans, Asian Americans, Latinos, and other groups have achieved enough prominence to leverage political power despite their numbers speaks to the diversity that already exists. It doesn’t necessarily speak to making sure their “priorities are mirrored at every level.”

Diversity has a dark side we aren’t supposed to talk about, the lawlessness that thrives when we are too afraid to label some offenses what they are: crimes for which members of some diverse communities expect forgiveness because they haven’t achieved the success in life enjoyed by others. The very nature of immigration offenses begs liberal politicians to excuse lawbreakers in the name of diversity while urban violence has come to be less about the perpetrators and more about how they are dealt with by police.

This doesn’t mean that striving for a diverse America is bad. What it means is that we shouldn’t allow the need for diversity to overwhelm common sense or to convince us that being diverse makes things better in and of itself.

When the president signed yet another executive order, this one to spur diversity among those working for the Federal Government, he reminded us:

Our Nation derives strength from the diversity of its population and from its commitment to equal opportunity for all.6

Wrong. Equal opportunity makes us strong. It gives everyone a chance to succeed. Diversity means nothing without it. It doesn’t give us strength. What makes us strong is allowing the best to succeed, not labeling them successes because their gender, religion, sexual orientation, or skin color makes them different.