Home » Government Ethics » Democrats Moral Obligation to Themselves is Contemptible

When Joe Biden signed another round of immigration executive orders on February 2, 2021 Democrats applauded his actions and blamed Americans by asserting that we have a moral obligation to fix a problem their party encouraged illegals to create:

The executive actions recognize our moral obligation to identify and reunite families separated in El Paso and across the border, restore our asylum system while addressing the root causes of migration, and promote the integrity of our immigration system.1

The president’s party just addressed another moral obligation by dumping $2 trillion in partisan spending favorites on the heads of struggling American taxpayers.

It’s impossible to reconcile the astounding hypocrisy of these policy objectives with any kind of moral or ethical compass. That won’t stop the political left from saddling our nation with obligations that show nothing but contempt for the American people. 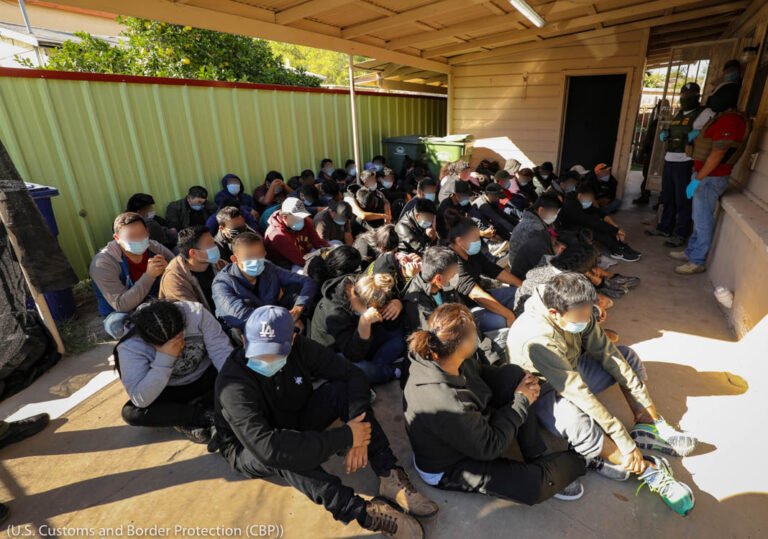 Even though we know what’s in their American Rescue Plan Democrats persist in the fiction that spending nearly $2 trillion on themselves is all about the people:

The American Rescue Plan is the right response to a once-in-a-century pandemic that has brought a lot of pain and suffering and death to the American people. More than 500,000 Americans dead. More than 25 million Americans infected by the coronavirus. Over 100,000 small businesses permanently closed. Tens of millions of Americans who have been unemployed at different points in time, many confronting food insecurity and the prospect of homelessness.2

… and 220 Democrats voted to spend a staggering amount of money out of “moral and economic duty:”

“The moral and economic duty of Congress to swiftly pass this legislation cannot be understated. We’re in a race against death and we must get this aid to our communities as soon as possible.”3

Swiftly pass and as soon as possible are what we hear when lawmakers don’t want us to look too closely at what they are doing. The “race against death” means 91% of the $2 trillion American Rescue Plan will go to paying Democrat Party priorities to fulfill a phony moral obligation the people have to pay for.4

They aren’t finished yet. H.R. 1319 has a secret provision you won’t find anywhere in this massive liberal juggernaut:

Even Democrats acknowledge that the level of spending included for far-left priorities will ultimately lead to tax increases.5

Far left lawmakers are already on this with another proposal for a wealth tax. Their Elizabeth Warren-backed Ultra-Millionaire Tax Act is being sold to taxpayers with the claim that it will bring in $3 trillion over ten years.6

We’re also hearing about President Biden’s plans for a massive new tax hike. When Democrats are finished stripping Americans of their wealth don’t expect them to feel any moral obligation to use the money to pay down the debt their trillions in spending incurred. True to their party this will be more money to spend to justify more tax increases down the road.

Roadmap to citizenship is not our moral obligation

On day 1, the President also sent the United States Citizenship Act to Congress, which seeks to modernize our immigration system and smartly manage our borders, while addressing the root causes of migration.7

We should give the congressional left and whoever is telling Joe Biden what to do credit for creating a crisis that will make this decision inevitable. Democrats have pushed a false moral obligation to illegals for years. When Trump cracked down on asylum seekers and got the situation under control they cried foul:

Make no mistake: President Trump and Steven Miller are intentionally closing the door on the most vulnerable. This rule nullifies our moral and legal obligation to asylum seekers and tells them that they are not welcome here.8

Now illegals are not only welcome, they can enter our country freely and not have to worry about the same COVID restrictions and testing that plagued American citizens for over a year.

While blue states locked their residents down radical left Rep. Pramila Jayapal and Senator Cory Booker (D-NJ) proposed the Federal Immigrant Release for Safety and Security Together (FIRST) Act to release illegals from detention and halt immigration enforcement. Jayapal made the nonsensical argument that letting illegals go would reduce the spread of COVID-19 and fulfill our moral obligation:

We are in the midst of a public health crisis that has upended all of our daily lives, and we have a moral obligation to look out for the most vulnerable people among us.9

That moral obligation to the most vulnerable Americans didn’t intrude too far into the COVID rescue relief bill. It took less than 10% from what they really wanted to spend on: their party’s radical agenda.

Illegals are another matter entirely and Jayapal hasn’t given up. On January 28, 2021 she joined fellow radicals Grace Meng (D-NY) and Jesus “Chuy” Garcia (D-IL) to introduce the National Office of New Americans Act. Senator Edward Markey (D-MA) did the same across the hall and again imposed a false moral obligation on the American people:

The United States has a moral obligation to provide safety, dignity, and opportunity to the immigrants and new Americans who enrich our nation,” said Senator Markey. “Sadly, during the pandemic, our immigrant neighbors were first to get sick as essential workers but last to get the health care they needed. The National Office of New Americans will create a welcoming and inclusive system for our new Americans, and provide the support and resources they need in order to fully thrive in the United States.10

As you probably guessed the moral obligation in Markey’s bill isn’t about helping new Americans. It’s about assimilating illegal immigrants that are here because Democrats betrayed their moral obligation to real Americans and our nation’s sovereignty.

The United States is the only democratic country that denies the residents of the nation’s capital both voting rights in the national legislature and local autonomy. We have both the moral obligation and legal authority to end this injustice.13

When the hammer comes down and Democrats move on the inevitable massive tax hike that will also be our moral obligation because they did so much to help Americans in their time of need. If only Democrats felt the slightest obligation to be honest and do right by the American people. That’s the moral obligation they were elected to fulfill.

“Moral” is about good and bad, right and wrong. Does it include being honest?

Guns are in the Democrat Party’s sights now more than ever because they have the votes to get what they want. The rhetoric hasn’t changed. The truth makes no difference. Legislative power means they can completely ignore the facts about where the violence is coming from and who is killing whom in America.

Enter a moral obligation to control guns courtesy of Congressman Jim Himes (D-CT) and his support for the Bipartisan Background Checks Act of 2021:

The People’s House is sending a strong message today that we will not stand idly by in the wake of the violence that claims the lives of tens of thousands of Americans each year. It is our moral obligation to take action wherever we can to protect lives.14

Democrats run the most violent, crime-ridden cities in America. This is where they have a moral obligation to take action but they can’t and won’t admit the truth despite news reports and video clips we see every day that confirm the obvious.

The left-wing fiction that background checks will put an end to urban violence means Democrats must pin the guilt on Americans exercising their constitutional freedom to own a firearm. The background check argument is a falsehood in itself, but there is a more obvious lie behind their Background Checks Act: it’s not bipartisan.

207 Democrats and only 3 Republicans cosponsored this bill. The House roll call vote was 219 Democratic yeas to 8 Republicans. The nays were 202 Republicans to 1 Democrat.15

In his press release Himes doesn’t say where his numbers come from, but they contradict the record on House support:

Universal background checks have the support of 97% of Americans, including 97% of Republicans and 97% of gun owners.16

His conclusion doesn’t ring any more true and includes a threat to gun owners:

Background checks are not a panacea, however. We need additional legislation to make guns safer, keep weapons that are designed only to kill off the street, and provide better mental-health support for Americans.17

So going after assault weapons will make Americans less crazy?

So much for Democrats’ moral obligation to tell the truth.

If the truth weren’t so grim the language in their bill would be laugh out loud hilarious:

The purpose of this Act is to utilize the current background checks process in the United States to ensure individuals prohibited from gun purchase or possession are not able to obtain firearms.18

If you believe this will work here are two more ideas. How about legislation to fulfill Democrats’ moral obligation to make certain no drug dealers have criminal convictions? When that’s done we can also use a bill to conduct background checks on gang members. We don’t need street gangs with criminal histories, either.