Pride Month is back. It’s time for woke corporations, identity politics-obsessed Democrats, terminally disgruntled activists, and even our local libraries to cram LGBTQI+ pride down our throats. You can’t escape it even if you aren’t part of that constantly evolving acronym that will eventually run out of letters to promote all the permutations of sexual and gender non-conformity that can be dreamed up by those with nothing better to do.

If I worked for one of our many left-leaning corporations there is a pretty good chance I’d be fired for this post. I’m eternally grateful that my working life doesn’t include bowing to blatant corporate pandering. It’s not that I have a problem with the notion of gay or trans or whatever pride or a Pride parade or a Pride Month, Year, or Century, for that matter. Our acceptance shouldn’t mandate a fawning, obsequious obsession with informing anyone who will listen how we promote LGBTQI+ Pride and the alphabet soup of contemporary gender etiquette. It’s hollow and offensive, like telling your new black neighbor how many black friends you have.

Pride used to be relegated to a few parades in our cities, some more family-friendly than others. Now it’s a come one, come all observance promoted everywhere from our kindergarten and elementary schools to our places of business to my local grocery store. As activist observances go it’s a lot better than what Black Lives Matter dished up for us in 2020, but is the national hysteria to demonstrate our acceptance necessary or even important given the enormity of our country’s problems?

It is if you are a Democrat with nothing better going for you than televised January 6th hearings and a failing president looking to score points with a lie about equality. That means turning gay Pride into Democrat victimhood. 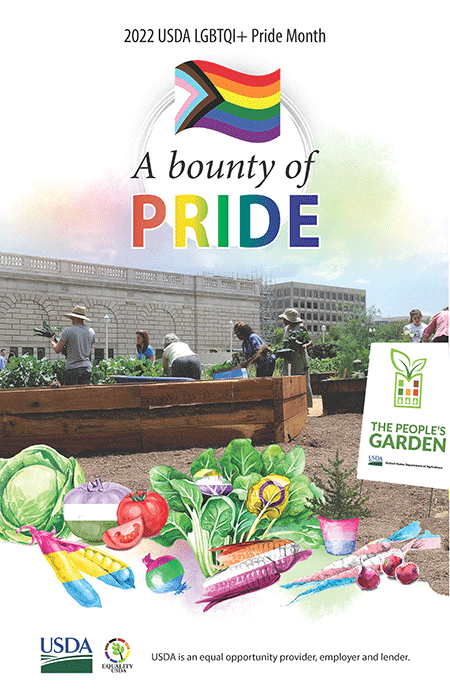 Promoting Pride is not what we pay our government to do.

LGBTQI+ victims are another excuse for prideful Democrats to divide us.

When it comes to government, Pride Month is a wholly irrelevant distraction that gives Democrats another excuse to divide us. Despite what they say, they aren’t interested in inclusion or diversity or making America a better place for all. The goal is to maximize the identity politics value of those they select to be victims to spread their lie that our country is fundamentally hateful and discriminatory and to take pride in themselves by blaming their political opponents.

Today, the rights of LGBTQI+ Americans are under relentless attack. Members of the LGBTQI+ community — especially people of color and trans people — continue to face discrimination and cruel, persistent efforts to undermine their human rights.1

Sound familiar? This is a victimhood template favored by Democrat communications staff. All you have to do is swap out “LGBTQI+” with “Asian Americans,” “black Americans,” or whatever identity fits the occasion and you have a ready-made press release.

I will admit I had to look up the “I” and the “+” and am still not entirely certain what intersex is supposed to mean or why queer and gay aren’t redundant or whether the + is just a placeholder or why the White House is not using LGBTQIA2S+ or youth.gov’s LGBTTTQQIAA or why the Biden administration is spending time on this irrelevant nonsense while the economy swirls down the drain and buying a tank of gas means no mortgage payment.

As the acronyms get longer and more confusing, Democrats’ prideful political efforts to ingratiate themselves with LGBTQ-whatever activists mandate embarrassing presidential statements like this:

This month, we remind the LGBTQI+ community that they are loved and cherished.2

That’s beautiful, but rest assured the vast majority of Americans don’t identify with anything represented in LGBTQI+ even if they know what it means. Even if we did, how can anyone feel loved or cherished by a president who proves every day that he doesn’t care how much he hurts us? Besides, if what Biden says is true we don’t need a reminder. The White House is constantly informing us how many identity checkboxes the administration is filling while his party vacillates between unctuous pandering and victimhood promotion. This doesn’t speak to being cherished. It speaks to being used, which is why victims are such an important part of the picture:

I am committed as ever to the fight to ensure that every single LGBTQ+ person can live not only without fear of discrimination, but fully embraced as an integral part of every community across our country.3

Vice President Kamala Harris showed her pride by wallowing in divisive “no one should fear” rhetoric:

We’ve had quite enough fear and fighting from Democrats lately, but Harris doesn’t seem to think we’ve had enough yet:

No one should be made to fight alone.” We will be fueled by knowing we are all in this together. (Applause.) And we will fight with pride. (Applause.)5

Even children are included in this victimhood equation, which is disturbing given the left’s determination to sexually indoctrinate America’s youngest and most vulnerable:

Our children in Texas and Florida should not fear who they are.7

Despite the demands of woke politics, children have nothing to do with gay pride and everything to do with Democrats desperately trying to send the message that America discriminates against everyone. That means kids get sucked into the party’s sexuality agenda even though they are too young to understand what’s being promoted or why they are exposed to men dressed up like scary-looking women who would even frighten their parents. This is amoral and wrong, but that’s never been an impediment to imposing the woke left’s agenda.

The LGBTQI+ community doesn’t have an equal place in our democracy and neither do you.

When you can’t tell the truth about anything, what difference does one more lie make? Who better to ask than Joe Biden:

Since my first day in office, I have taken historic action to ensure that everyone — no matter who they are or whom they love — has an equal place in our democracy.8

The president needs to decide what he believes in. Is it equality or equity?

The truth is that all Americans don’t matter. We aren’t loved or cherished by Washington and why should we be? Validating our identities is not the purpose of government. Even if it was, our value as Americans doesn’t rely on skin color or who or what we sleep with or what ridiculous pronoun constructions we choose to identify by.

This kind of discrimination is OK and don’t you forget it.

As you read this every American is being discriminated against by Green New Deal socialist climate activists who control the doddering old man sitting in the Oval Office taking a wrecking ball to our economy. We are punished equally each and every day by exploding prices for everything we need to survive because every aspect of our economy relies on energy sources forbidden by the left.

While the country descends into Third World economic chaos LGBTQI+ Pride Month gives Democrats an opportunity to take pride in themselves and pander to whatever sexual proclivities they think are worth a few dollars in campaign contributions.

Democrat Party propaganda gurus should pay better attention. Most Americans are not worrying about the equity conundrums imposed by what’s between other people’s legs or lying next to them in bed. We’re worrying about how high gas prices will rise, whether we can feed our babies or afford to retire, and why our stumbling, bumbling president is sunning himself at a Delaware beach instead of hunkering down in the Oval Office putting pen to paper to begin correcting all the damage he’s caused.

There are few Americans less imbued with pride than Joe Biden. In the midst of the ruin he’s brought to our nation the president can always find something to congratulate himself for even if it means creating more victims in the process. By contrast, LGBTQI+ Americans aren’t asking for much. At least they aren’t going out of their way to hurt us, so why are Democrats so determined to get the word out that we are hurting them?