Free college is a bad joke that refuses to die. Senator Bernie Sanders just joined Congresswoman Pramila Jayapal (D-WA) to have another try at a federal promise of college for the masses.1 Sanders’ press release about the College for All Act talks of how things are different from the days when a high school diploma was enough.2 He’s right. We have a lot more government debt than we did in the good old days. Public schools are a financial mess in too many places. The failure of federal health care proves what happens when we get promises of fast, affordable fixes to big problems like rising college costs.

Offering to give away degrees for nothing is worse than irresponsible. Luckily, we are used to this kind of inflammatory talk from Senator Giveaway. Should we take this bill seriously?

Many of you who are reading this have already done the college funding dance. So have I. We might not have pleasant memories of trying to pay for college, but we survived.

The send-up for the College for All Act sounds reasonable. Life is tough for students aspiring to the middle class. College loan debt can be crushing. Going to class and working a low-paying job is hard. The whole desperate package is worse for people of color.

That doesn’t make free college a good idea. It makes it a very bad idea.

Stop telling kids that free college is a right

Telling students that a college education is a right taxpayers should finance is a big mistake. Things that are free have less value. No-cost college will not be different. They will be worth less than diplomas from pay-your-way schools.

Employers are in this game for profit. They understand struggle. Many do not share the same spread the wealth and make everyone equal mentality that is Sanders’ stock in trade. 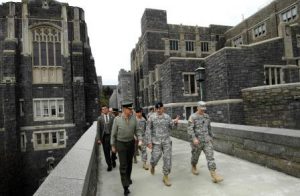 College for all a joke or a scam?

Is there a bottomless pit of money stashed under Wall Street just waiting to be plundered for the benefit of the lower classes? Not exactly, but that doesn’t mean we can’t create one.

The College for All Act isn’t really for all:

The legislation would eliminate tuition and fees at four-year public colleges and universities for families making up to $125,000 – about 80 percent of the population – and make community college tuition- and fee-free for all.3

That’s not exactly free for everyone. A $125,000 income isn’t a lot of money for a family. Those who make a few dollars more by scrimping and saving won’t get government-paid degrees, but if they invest under this bill they will be charged for the diplomas of other families’ kids.

A financial transaction tax is popular with the free for all set. It’s a device to transfer income and make a statement about the evils of wealth even though many investors don’t have a lot of money.

After reading the “Fact Sheet” on the College for All Act I wondered what this bill was really about. Are we giving away college degrees or are we punishing Wall Street? Ask Senator Sanders:

The estimated $600 billion cost of this legislation would be paid for by a separate bill to tax Wall Street speculation. During the financial crisis, Wall Street received the largest taxpayer bailout in the history of the world. Now it’s Wall Street’s turn to help rebuild the disappearing middle class.4

The Congressional Budget Office evaluated a financial transaction tax last December and estimated that a 0.1% tax on the value of securities would raise $707 billion over ten years.5 There are downsides, though. They lead here:

Household wealth would decline with the reduction in asset prices, which would lower consumption.6

No tax is foolproof, not even for free college

The CBO also warned that securities traders would find ways around the tax, including trading offshore.6 That means more regulation and when free college turns out to be a boondoggle like Obamacare, more taxes. At least with health care reform the industry only had to raise premiums. If college is already free we can’t do that but one thing is for certain. You can’t give people something they want and then take it away.

At least a recent press release from Rep. Jayapal on Trump’s repeal of Obama-era student loan orders deserves credit for honesty about where this bad joke is coming from:

This move is yet another example of how the Trump administration sides with corporations and against the public interest.7

Corporations. Wall Street. The public interest. We get it. At least if we pass a bill like the College for All Act students will have the government looking out for them.

Isn’t that something students used to protest against?

7. “Jayapal on the Department of Education Undoing Vital Protections for Student Borrowers: “A slap in the face.” Pramily Jayapal. April 12, 2017. https://jayapal.house.gov/media/press-releases/jayapal-department-education-undoing-vital-protections-student-borrowers-slap, retrieved April 18, 2017.