Home » Immigration » Advice for Illegals: Things to Know When You Come to America

Did you just arrive here illegally, ready to start a new life? You chose a good time to come to America. Joe Biden is president, so we can’t do much about you. Biden and the Democrat Party approve of illegal immigration. They are happy illegals like you are coming here by the thousands, but don’t be deceived. These people are politicians. They are out for themselves. They don’t care about America and certainly not about you.

For now we’re stuck with you. What do you need to know about life in the United States?

Advice for illegals: ten things you need to know.

Some Americans will greet you with open arms. Others will demand your arrest and removal. This may be confusing, but let’s face it. You didn’t come here to make America better. You broke the law because you want what America offers its citizens.

With this in mind, here are ten pieces of advice illegals can count on while they begin new lives on the backs of America’s taxpayers. 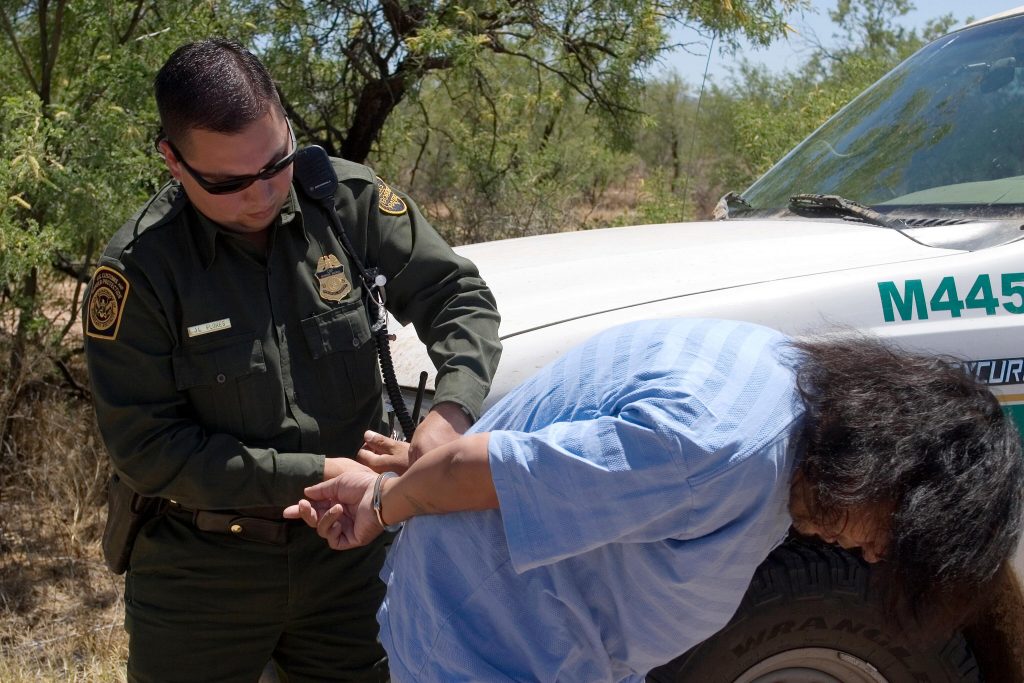 You cost us money. We don’t like it.
CBP photo.*

1. Illegals are valuable until someone else becomes more valuable.

Our word for this is “opportunism.” It’s a sad fact that Democrats pick and choose their favorites depending on who offers the most political value. Just ask Black Americans how supporting the party works out for them.

Democrats exploited George Floyd until that burned out. Guess who took Floyd’s place? You did. Then it was Asian Americans they said were the victims of hate crimes. Now they’re back to supporting black Americans because they want to pass a pro-election fraud bill and with an election coming soon, it’s time to get their hooks into the voters.

2. If you think we will make you a citizen your long, dangerous journey was for nothing.

Ready to be an American citizen? I’ve got some bad news. You are one of those problems that have more value when it’s never solved.

Democrats have had years to pass the immigration amnesty bill they never stop babbling about. The closest they’ve come is Barack Obama’s DACA program. The creator of DACA is now in charge of Homeland Security. That means our borders are wide open. That’s why you were able to just walk into America. Don’t think that means immigration amnesty has to happen. It won’t. When Democrats lose power as they inevitably will, everything is going to change. The welcome mat is going to be jerked right out from under you.

3. America owes you nothing.

Sorry, but the only ones who think Americans owe illegals a better life are other illegals, radical activists, stupid people, and the politicians who stand to gain. One way Democrat politicians do this is by making citizens feel guilty about a past we are not responsible for:

For centuries, racism and xenophobia have shaped our immigration policies – from the mass kidnapping of Africans during the slave trade, to the 1882 Chinese Exclusion Act, to all the issues we are facing today.1

This is divisive Democrat Party politics, not reality. The reality of your situation is that you shouldn’t be here, many Americans don’t want you here, and as soon as we kick the Democrats down the stairs we just might kick you out of our country.

4. You cost taxpayers money that should be spent on Americans.

It’s true, America’s government sends out checks to citizens and even criminals in prison without trying to figure out if they need or want the money. You might also hear that we considered sending $450,000 checks to illegals to make nice to families that trespassed our border. That doesn’t mean we have lots of extra money. It means Democrats are irresponsible and don’t care who they hurt or whose money they waste as long as they think they will benefit.

Public education is expensive. Emergency room health care is astronomically costly and drains health resources that are in short supply during this pandemic. Keeping illegals in jail when they commit crimes costs a lot more than you would think. Public services like police and fire protection also have a cost as does almost everything that citizens depend on from their state and local governments in their day-to-day lives.

We pay for these things with our taxes. When you arrive jobless and homeless with your hand out you aren’t paying the fair share that Democrats demand from citizens.

You probably entered the U.S. through Texas. Texas Attorney General Ken Paxton cites over $850 million in state spending on behalf of illegals.2 That’s only one state.

5. If you want to work, go work somewhere else.

Our Federal Government not only allows illegals to work in the U.S., the Labor Department guarantees you the same minimum wage citizens earn. The DOL under Joe Biden doesn’t care that you have no right to work here and compete with workers who deserve America’s jobs. It only cares that we pay you what we pay our legal workforce.

This isn’t fair to Americans who rely on low-wage, unskilled jobs. It probably sounds fair to you. That brings us to something you do that we really resent.

6. Our identities are ours to keep, not yours to steal.

If you want to pay taxes while you’re in America, get an ITIN number. Our identities and Social Security Numbers are ours, not yours to steal even if Democrats turn a blind eye to whatever crimes you commit.

Our tax refunds are ours, too. Hands off.

7. Birthright citizenship is still a thing. That’s our fault, not yours.

Planning to have an American child? Smart move. Ridiculous as it sounds, birthright citizenship is still legal here. We can’t manage to get rid of it even though it opens the door to costly benefits that you don’t deserve. Biden’s approach to immigration is so egregious that this might finally change if Republicans win big in November, so best to churn out those new American citizens as soon as possible.

8. Are you a criminal, sex offender, or terrorist?

Lucky you again! There are two things working in your favor. First, you’re an illegal. The numbers stack the deck in your favor. Second, Democrats who run our big cities don’t like to punish crime. They ignore it because it proves their narrative is based on lies. This is especially true when illegals or minorities are the lawbreakers. Just remember to live somewhere like Chicago or San Francisco where Democrats call the shots. You’ll be safe there. They don’t care about keeping taxpaying residents safe. Their agenda comes first no matter how bad the carnage.

9. If you sense resentment, don’t worry about it.

Democrats call it “xenophobia.” It’s our problem, not yours. America under Biden exists to make your life better. Our governments helps out by forcing taxpayers to fund your happiness so left-wing politicians can take the credit and tell even more lies about how we’re a nation of immigrants. They never put “illegal” in front of “immigrant,” so you’re already on the same playing field as the poor fools who waited in line and did the right thing because they respect their new country.

10. Republican politicians are a problem. A big problem.

Some Republicans think we should enforce the law and block the borders so the rest of your family can’t come here. Ignore them. They’re in the minority now. November is a long way off. Just keep telling yourself that and you’ll be fine.

P.S. If the state you chose to live in lets you buy a driver’s license, you might want to check out this article on illegal immigrant driver’s licenses. If you think America is stupid for letting you in, this is more proof that you are a problem we aren’t going to solve.