Abusing political opportunity is like spreading a plague. When it gains a foothold it can be impossible to stop. That’s what we should be thinking about as Obama revives his working class war. The fanfare over his 2016 budget request put Republicans on the defensive when they should be dictating policy to the White House. Will a working class war attack us like some virulent disease, or will the public figure out the truth before they cast their 2016 votes?

The day after the White House released its spending plan for next year the president made a remark that epitomizes his habit of confusing where he says our money should go with where he wants it to go:

It is simply extraordinary how much the Department of Homeland Security does every single day to keep our nation, our people safe. It’s a critical job, and you get it done without a lot of fanfare. And I want to make sure that you have what you need to keep getting the job done.1

Was he talking about fighting terrorism? No. He was staving off Republican efforts to block his executive order for amnesty. That’s how the working class war will be fought and how Obama plans to win it: by obfuscation, disinformation, and outright lies told to secure his party’s liberal political future (see: 2016 Election Battle Conservative Candidates Can’t Win). Why? Because it works. 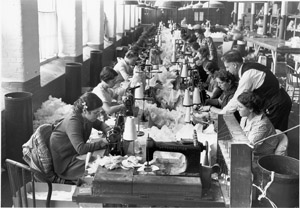 Never on the defensive, Obama rocked our GOP-dominated legislature back on its heels and gave Congress its marching orders:

Now, today, I’m sending Congress a budget that will make sure you’ve got what you need to achieve your mission. It gives you the resources you need to carry out your mission in a way that is smart and strategic, and makes the most of every dollar. It’s also a broader blueprint for America’s success in this new global economy.2

Funding immigration amnesty through Homeland Security is paramount because so many of his illegal, soon to be lawful residents will be at the bottom of the working class (see: New Report Confirms Cost of Illegal Immigrants):

It’s also a budget that recognizes that our economy flourishes when America is safe and secure.3

Boasting past success, the president took credit for cutting the deficit by 2/34 despite a recent Congressional Budget Office warning about bad times on the way:

The federal budget deficit, which has fallen sharply during the past few years, is projected to hold steady relative to the size of the economy through 2018. Beyond that point, however, the gap between spending and revenues is projected to grow, further increasing federal debt relative to the size of the economy—which is already historically high.5

In politics, if you can trick voters into believing in short-term opportunity does long-term failure matter? Obama will be off the hook in less than two years, making easy money on the talking circuit while everyone else will be stuck with the consequences of his words and deeds if his party prevails and keeps the White House.

How to win a working class war

The advantage to banging the inequality drum over a period of years is that those families who are the objects of Obama’s working class war and don’t see their lives getting better have a ready excuse to fall back on:

Are the wealthy holding money that rightfully belongs to the working class? Fighting a working class war when incomes aren’t expanding because of the mistakes you have made and the actions you have taken isn’t difficult. Here are the six ways Obama plans to win it:

1. Make a working class war about being American. When the White House talks about the budget being a reflection of our values and asks “how it will impact Americans like you” before turning to a discussion of climate change,7 that should be the tipoff that something isn’t right. Does waving the flag have as much to do with working class Americans as it does the pocketbooks of liberal donors who smugly stand by the president while the working class fails?

2. Fight a working class war that makes sense to people whose lives aren’t getting better and need someone to blame. Democrats have been giving them that enemy for many years and Obama’s failed economic vision has made it seem more real and threatening than ever.

3. Don’t blame the working class for not succeeding. Whites should blame rich people. Minorities can blame civil rights abuses and rich people. Everyone wins, except the rich people who already pay the most taxes.

4. Let everyone know that government’s job is to collect taxes to help the working class. Just don’t call it social engineering or a class war.

5. Make it clear that it is to the GOP’s advantage to see the working class fail to please their wealthy supporters. Ignore the fact that working class people vote, too, and will know who to reward when their lives get better.

6. Make sure the only solutions come from government. After all, when government provides, politicians profit.

7. Make sure to use the people’s prejudices against them. Reinforce the hatred of privilege and wealth. Just don’t remind anyone that you are also wealthy and privileged.

Finally, be sure to make Republicans look like confused members of a fractured party that will never reach consensus on a credible 2016 presidential candidate. No effort required here.