There is nothing inherently wrong with a society alert to social injustice. Addressing injustice is a necessary process that makes us better. Throughout our history Americans strived to do exactly that. By and large we continue to succeed.

Promoting meaningful social change is not the same thing as creating injustice to inflict a competing orthodoxy. Joe Biden likes to point out that we haven’t always lived up to our values. He’s not wrong, but there is a vast difference between not fulfilling our highest aspirations and politicizing America’s alleged failures for political leverage.

While Biden served as vice president he made a statement to the World Economic Forum that presaged his obsession with enforcing the left’s woke dictates on America:

We have not always lived up to our own values— and some of our past missteps provided fodder for the forces of illiberalism.1

Whether or not Biden’s illiberalism warning has any validity, it’s safe to say that the forces of woke liberalism have been in charge long enough to create pushback from Americans fed up with the absurdity of prerogatives like defining gender by subordinating biology to activist social hysteria.

The big problem with America going woke is that it’s not about making us better. Woke proselytizers refuse to acknowledge the many incredibly wonderful things America and the American people have done throughout our history. The goal is not to find ways to improve on our goodness. The goal is to find reasons to destroy and rebuild society to satisfy a prevailing far left orthodoxy that depends on America being fundamentally bad.

In the process we are well on our way to establishing a cruel, violent, authoritarian nation that wipes out kindness everywhere it exists because kindness, of above all things, contradicts what the woke left is selling.

Did you ever wonder why woke politicians like Elizabeth Warren (D-MA), Bernie Sanders (D-VT), and AOC always look angry when they make public statements? It’s because they don’t want you to think. Your participation in what they demand is not required. Our duty as Americans is to submit, accept, and obey. 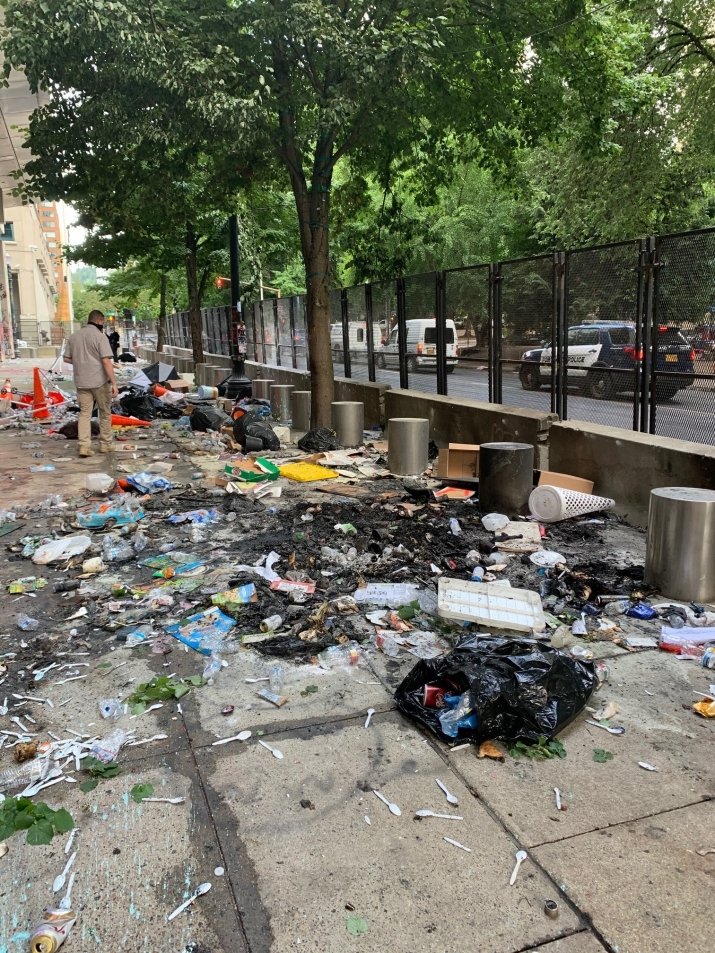 There is no kindness in social coercion. That’s why kindness is the antithesis of a woke narrative that believes America is fundamentally unacceptable, profits from racism and injustice, and does not deserve the prosperity the American people have worked so hard for. The woke alternative is a destructive vision that opens the door to tyranny and authoritarianism because citizens in a free society will reject the idea that they are fundamentally flawed because a political ideology that detests who they are says so.

The solution? Suppression. Ironically, the woke left can thank fundamental American values like free speech for allowing its nonsense to flourish.

No woke kindness for kids.

CRT and anti-racism. Gender confusion. Drag shows and pole dancing. This is what the woke seizure of public education brings to our youngest and most vulnerable. With Biden’s “forces of illiberalism” sidelined by the Democrat Party’s political might, states like Florida adopted proactive means to protect children from woke social aberrations the left demands we accept as normal. Rep. Paul Gosar (R-AZ) drives the point home:

Drag queen story hour for children” could be a first step of sexual grooming, in my view. There is no reason I can think of for grown men in dresses, wigs and makeup to be grooming anybody’s kid. Kids should be left alone. Once they reach 18 year of age, they can decide if they want to see drag queens.2

Florida was roundly condemned by Democrats and the Biden administration for exactly this kind of thinking when it passed the Parental Rights Bill, dubbed “Don’t Say Gay” by ideologues who don’t find a problem with kindergartners being schooled in the intricacies of cross-dressing, non-heterosexual sex, and gender mutilation:

It is for this reason that the Florida Department of Health issued a directive to its licensed doctors that they are prohibited from sexual grooming and sexual mutilation of minors.3

Reinforcing federal protections for transgender kids. The Justice Department announced today that it has issued a letter to all state attorneys general reminding them of federal constitutional and statutory provisions that protect transgender youth against discrimination, including when those youth seek gender-affirming care.4

The left’s infatuation with transgenderism and America’s fear of condemnation for not going along for the ride means boys in girls’ school bathrooms, males competing in sports with females, and children taught to doubt the biological validity of their genitals. Just in case they don’t get the message that heterosexuality and a family unit with opposite sex parents are unnecessary aberrations there are drag shows, pro-LGBTQ whatever propaganda, and grooming by trusted individuals like teachers to normalize the abnormal.

So extreme is the woke left’s focus on reprogramming kids with its twisted take on gender that Congresswoman Debbie Lesko (R-AZ) introduced legislation to prevent Joe Biden’s obsessively woke administration from pulling lunch funding from schools that don’t endorse this progressive scam:

I am deeply concerned that the Department of Agriculture could weaponize funding for children in need to advance the gender ideology of the radical Left,” said Congresswoman Lesko. “We have already seen proof that biological boys in girls’ school bathrooms threatens girls’ safety. I am proud to introduce this legislation to ensure that the Department of Agriculture cannot withhold funding for school meals because these schools refuse to allow boys in girls’ bathrooms, locker rooms, sports, or showers.”5

Kids aren’t the only victims. A Red State article by Alex Parker.”6 tells the story of an elderly woman who was banned from a YMCA because she wasn’t pleased to be sharing shower space with a biological male.

How does it feel to be a greedy, white supremacist racist whose genitals betray the truth about what you are? I wouldn’t know, but there are plenty of people out there who guzzled the woke Kool-Aid and demand an answer.

This is what they want you to believe about yourself and your country:

America is fundamentally racist and Americans are forever on the hook for what we have done.

Our capitalist economy is a product of racism and white supremacy.

Whiteness is evil and racist by definition.

Gender is a social construct.

Left wing politics dictates what is acceptable in the arts.

Crime should not be punished. It should be rewarded with social services.

Violent protest and domestic terror from the left cannot by definition exist because they are engines for meaningful social change. Protest from the right is a white supremacist terror threat to democracy that must be suppressed and severely punished.

Dissent with the prevailing woke narrative must be silenced.

The federal judiciary exists to enforce woke values. Its failure to do so renders it illegitimate.

Christianity should be ridiculed, denounced, and replaced with worship of the state.

Parents should be excluded from the decision of whether their children should be subjected to gender-negating medical procedures.

Politicians and judges who disagree with the left’s woke orthodoxy should be threatened, harassed, intimidated, and their lives placed in jeopardy until they reverse their position.


I could go on, but I think you get my point. Wokeness demands we replace our imperfect society with an angry, unhappy socialist vision that views America and the American people as so fundamentally flawed that practically everything about us must be discarded.

I don’t know about you, but I don’t want to live in a society that values emphasizing the bad at the expense of the good for the benefit of angry social activists who don’t tend to share in the suppression they inflict on others.

By and large the American people are incredibly generous, tolerant, good-hearted, and grateful for the lives they enjoy because of America. Granted, we are not perfect but when the left weaponized wokeness the idea of making America a better place was discarded in favor of creating as much injustice as possible. We are not a fundamentally racist, white supremacist nation that actively discriminates against ethnic, sexual, religious, and other minorities. We became precisely that in the minds of activists and politicians who spread this poison throughout our society for their own personal benefit.

There is nothing kind about war and that is most certainly what being woke in America is all about. This is a battle to wipe out kindness whether it exists to inflict an abusive anti-American orthodoxy beginning with society’s youngest and most vulnerable members.