There are many different opinions on why America is a better place to live and work than anywhere else. Some of us are disillusioned and don’t believe there is anything better about it. Opinions can be sliced up and down the income, gender, and color scales. The kinder life has been, the more likely you probably are to think that this is the best place on earth. One thing is for certain, though, and it never changes. If you are a politician in high office sooner or later you will pat yourself on the back because you made this country better.

America is a better place? Really?

When Barack Obama left office he tried to hand off credit to the people. We know what he meant when he said:

You were the change. You answered people’s hopes, and because of you, by almost every measure, America is a better, stronger place than it was when we started. (Applause.)1

It is most definitely a different place now, thanks in part to ham-handed leftist politics. Whether it is better probably depends on who you voted for. If you lost last November, that better place vision disappeared pretty fast. If you won, you might think that the better part is just beginning and the bad things are finally behind us.

These two sides of the coin are the problem. Good, better, bad, or worse mean absolutely nothing outside of politics. Unless our leaders trip off some sort of horrendous calamity from which the nation never recovers, whatever mistakes they make will be blamed on others and they will still take credit for America being a better place.

That’s where the lying comes in. 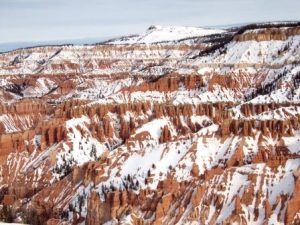 President Trump’s promise to make America great again is a purely partisan appeal that implies we are lacking because of mistakes Obama made. Life may get better for police officers trying to keep the peace, but things may go downhill for those on the receiving end of law enforcement. Businesses may find ways to prosper, but employees who aren’t getting rich will still feel cheated. Being great obviously has a different meaning to liberal anarchists who violently oppose this president.

There are many ways to skew the meaning of a better place. The phrase can even be used to punish our beliefs. Apparently it’s one of the phrases the IRS chose when it rooted out conservatives:

In addition to flagging applications with the key words “Tea Party”, “Patriots”, and “9/12” in organization names, IRS flagged applications that contained issues including government spending, government debt or taxes; education of the public by advocacy/lobbying to “make America a better place to live;” or statements in the case file that criticized how the country is being run.2

America is the best place for lying?

We might not be the best, but we’re pretty good at stretching the truth. Here is a gem from the Obama years:

Our government has an obligation to make sure that America is the best place on Earth to do business – that we have the best schools, the best incentives to innovate, and the best infrastructure.3

How did Washington fulfill that obligation? We passed crushing business regulations, health insurance requirements, and mandatory overtime for salaried workers by presidential fiat. Had the tables not turned on Democrats in Congress, businesses would probably be shelling out a $15 minimum wage. That’s how Obama helped make America a better place for business.

How about the GOP?

Now Republicans get to have their say. They call it a “confident America,” even though confidence is far from what we are seeing on Capitol Hill:

A Confident America is the best place in the world to live, work, build things, start a business, and raise a family.4

That came from a “A Better Way to Fix Health Care,” something the party couldn’t even agree to stage a vote on yesterday.* Luckily, there is another way to make America a better place.

When it comes to shaping how we live our lives there are few bodies as august as the Supreme Court. The usual contentiousness of the confirmation hearings Neil Gorsuch is suffering through betrays the hypocrisy of this Senate dog and pony show. The goal is not to make America a better place for Americans. It is to hand more power to Republicans and Democrats. This was shamefully obvious when Gorsuch’s nomination was announced and the House Democratic Caucus chair weighed in:

I have grave concerns that Judge Gorsuch will thrust the balance of the court rightward, impacting the rights of women, immigrants, working families, the LGBT community, and many others.5

There you have it. The Democratic platform stuffed into one sentence. That’s what the confirmation process is all about and to be fair, if the sides were reversed it would be Republicans doing the torturing.

Is America on the way to truly becoming a better place? It won’t get better for liberal Democrats. Conservatives? We might finally get a chance at our better place if only our party in Washington could get out of its own way.

*UPDATE: hours after this post was published they failed to vote on their own health care plan once again. There goes our confident America.