Conservatives got even when the Electoral College dashed Hillary Clinton’s dream. Now Democrats are getting even with us. They are making America miserable. Lucky they have Trump. Without this deplorable president it would be all too obvious to their base just how useless and irresponsible they are.

It’s fair to say that we failed to fully appreciate liberal America’s capacity for hate. Democrats should be thankful. They can at least take comfort knowing that without Trump the liberal foolishness spilling out of the House of Representatives would be recognized for what it is. Thanks to the president they can cover for anything they do by opening another investigation or rehashing what’s over and done with. Much of America and certainly the media seem content to go along for the ride.

Politics is boring. Deplorable President Trump is not. 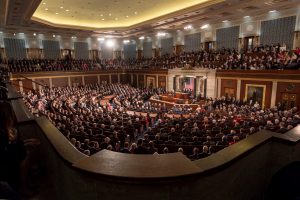 Congressional anger at the president’s remarks after John McCain’s passing proves we struck political gold. Trump is a bipartisan offender. We never know what he’s going to come up with next.

That should be a good thing. Politics done correctly is godawful boring. America doesn’t do politics that way anymore and certainly not now. Our politics is a shambles, a mix of blatant stupidity and lawmakers’ determination to stretch obdurate complacency and inaction from election to election while offering the appearance of progress.

Fortunately Democrats have a president who gives them limitless opportunity to champion legislation targeting his every move. Better yet, he offers rabbit hole after rabbit hole they can slither down looking for something to feast on.

So far Dems are going hungry. They don’t have the president’s tax returns and the excitement over the Mueller investigation delivered little more than crushing disappointment.

No equal: our deplorable president delivers and then some.

When it comes to the sheer entertainment value Americans live for no recent president can compare to Trump. Not even close. He’s as good as it’s likely to get unless his White House act is trumped by one of the socialist clowns battling for tabloid headline space on our popular news outlets.

Trump’s behavior can be deplorable. I voted for him anyway. There is an enormous difference between deplorable and stupidly irresponsible. I chose deplorable. Words don’t hurt us nearly as much as deeds. I’d take Trump’s remarks about McCain, Elizabeth Warren, or Adam Schiff over the Dems Green New Deal any day, any time.

I’d wager that big media and most everyone on Capitol Hill agrees. Where else would Democrats like Florida Rep. Alcee Hastings find the inspiration for remarks like this:

By claiming that ‘Democrats hate Jewish people’ at a Republican fundraiser, the President has again invoked racist and insulting tropes, politicized anti-Semitism, and suggested that American Jews are more loyal to Israel.1

I thought the Jewish loyalty slur is what Ilhan Omar is in trouble for, but this reversal of blame is the kind of fun and games we expect from Hastings’ party.

Did Ohio’s Tim Ryan expect the president to defend big labor because unions lead Democrats around like dogs on a leash? Probably not, but he obviously didn’t like what he heard:

Northeast Ohio is set to lose more than $3 billion in economic activity, and what is the President doing to help? He attacked union leaders like Dave Green, who are fighting hard to save this plant and standing up for its employees. His disrespect toward Dave is disgraceful. That’s not leadership, and it’s beneath the office of the President of the United States.2

Not this office it isn’t.

What did Trump say to inspire the congressman’s anger? I’d wager this didn’t go over well:

Ryan forgot to mention the applause.

This deplorable president even goes so far as to disrespect America by protecting the border, or at least that’s what Congressman Adam Smith (D-WA) believes:

It is utterly disrespectful of U.S. national security and the needs of our men and women in uniform, and it further undermines his credibility in requesting the upcoming defense budget. All for a border wall that is the complete wrong approach to border security in the first place.4

How do you disrespect the military by protecting national security? That’s a tough one, but Trump pulled it off by planning to “steal money from military needs to build his wall.”5

Who else could make military spending attractive to Democrats? Does this make Trump the ultimate 21st Century bipartisan president?

Politics in an age of cow farts and stupidity.

The problem isn’t that Democrats believe cow farts suddenly deserve a place in our headlines and discourse. It’s not that someone with no experience and hilariously uninformed ideas deserves daily headline space every time she opens her mouth. The problem is that we like being angry and stirred up and Congress likes it even more because it relieves members of the opportunity to do something worthwhile.

To be fair, the woman from New York I refuse to name steals some of Trump’s thunder. She’s very good at attracting attention even though all she offers is empty, inflammatory words and a big pile of nothing.

When America gets tired of her antics – and sooner or later we will – we’ve still got Trump.

Stressed that your tax bill is so high? Ignore what Democrats want to waste your money on. Be angry at Trump for not baring his tax returns and remember, Democrats like Ways & Means Committee Chairman Richard Neal are not doing this out of vindictiveness. This is about big-hearted, pro-democracy civic duty:

This [Trump tax returns] request is about policy, not politics; my preparations were made on my own track and timeline, entirely independent of other activities in Congress and the Administration. My actions reflect an abiding reverence for our democracy and our institutions, and are in no way based on emotion of the moment or partisanship.6

Democratic partisanship in the age of Trump? Perish the thought. When party bigwigs make statements like this it’s about making America better:

Donald Trump is a racist and indecent man with no good values who is woefully unfit and undeserving of the office in which he serves.7

Credit Rep. Waters for getting the word out to every nation on earth that our country did something stupid and irresponsible by electing this deplorably indecent man. That’s how you stick up for America.

Jerry Nadler gets it. He knows we’ve got a big problem with this deplorable president. Will the presumption of guilt save us?

We are dealing now, not with the President’s private affairs, but with a sustained attack on the integrity of the republic by the President and his closest advisors.8

Thank heavens we have the Democratic Party and an anti-cow fart agenda to protect us.

4. “Smith Statement on President Trump’s Declaration of a National Emergency In Order to Take Funds Supporting Military Families and Military Readiness and Spend Them on His Wall.” Adam Smith. February 15, 2019. https://adamsmith.house.gov/2019/2/smith-statement-on-president-trump-s-declaration-of-a-national-emergency-in-order-to-take-funds-supporting-military-families-and-military-readiness-and-spend-them-on-his-wall, retrieved April 10, 2019.