Every morning I wonder if today is the day I’m going to die driving to the office. My commute isn’t long by Chicago area standards. Most people can drive 20 miles without a wreck, but add road construction, high speeds, and stupidity and our roadways become death traps.

I’ve been rear-ended three times over the past few years. One of these was a hit and run. Considering the insane amount of traffic in the north suburbs that’s not bad. The difference now is that Illinois road construction season is in high gear.

Illinois Route 53 is hands down one of the scariest rush hour roadways you can imagine. Combine this race track with an unenforceable road construction work zone speed limit and the life of anyone who travels down this highway is at risk for obeying a law with penalties too steep to ignore and enforcement too lax to pay attention to.

That’s what happens when lawmakers try to make a point they can’t stand behind.

For those of you who aren’t from around here, Route 53 begins south of Chicago and comes to an abrupt halt in the northern suburb of Long Grove. This highway is a blessing when it flows and a soul-murdering nightmare when things go wrong. Wrong can mean rain, snow, or a traffic accident. Most of the time the mishap that backs up traffic for miles is a simple rear-end collision. Day after day, hour after hour, minute after minute, bumper to bumper traffic lulls drivers into a stupor until … surprise. A hardly noticeable dent backs up traffic for miles.

Route 53 is flat and straight. Combined with almost no police presence this makes it very easy to go very fast. There’s a lot of aggressive driving on this highway. Drivers tailgate at 70, 80, 90 mph or more with nowhere to go if everything suddenly stops. Cars race diagonally from lane to lane at high speeds. Horns honk. Headlights flash. Cars crash. Sometimes they burn. People die. No one seems to take notice because the moment drivers get past an accident backup the mayhem gets even worse when they try to make up for lost time.

Even though out of control driving causes accidents, driving the speed limit on this highway is dangerous. It makes other drivers angry and even more aggressive, which is scary when we repeatedly hear about shootings on Chicago area expressways and fatal accidents caused by outrageous speed.

What happens when you combine a dangerous highway and road construction work zone speed limits with draconian penalties, little or no enforcement, and the potential to cause explosions of road rage when you follow the law?

Every driver knows about the Illinois road construction work zone law. It’s not an easy thing to ignore. Signs posted alongside highways repeatedly threaten drivers with 14 years in prison and a $10,000 fine for hitting a construction worker.

These signs pop up before you even enter a work zone. Later there are more signs. Speed limits go down. There are threats of a minimum fine of $375 for a first offense. The second offense is $1,000. If it’s within two years of the first you don’t have to worry about driving for 90 days. If you are new to the area, here are the details of the law from the Illinois Department of Transportation.

These speeds limits are photo enforced, or so the signs tell us. That’s where the problem lies and why no one seems to pay attention to this law.

I don’t have a problem with the work zone law. The problem is there aren’t enough state troopers to enforce it. Relying on drivers to not do stupid things doesn’t work. We hear about horrific traffic accidents all the time. Innocent lives are snuffed out because people simply don’t care about the impact their bad driving has on others.

The same can be said for the lawmakers who dreamed up the construction zone speeding law. Remember, this is the same legislature that decided it’s a good idea to give illegal immigrants the right to drive. 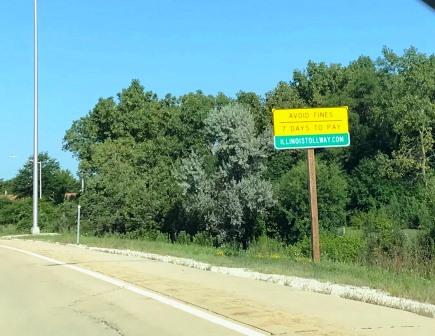 After sitting in traffic, a final demand for cash

How many speed enforcement vans, exactly?

The state has speed enforcement vans to enforce the work zone speed limits. It’s difficult to tell just how many of these vehicles are in use. In the years since the work zone law was passed in 2005 I’ve only seen one.

The result, as FOX 2 News points out, is that drivers don’t pay attention to the law. They drive through work zones at the same outrageous speeds they drive when there is no speed zone. For the few of us who worry about the harsh penalties, driving the work zone speed limit risks accident, injury, and death. Driving at 45 mph in the right lane while an 18-wheeler or speeding BMW comes screaming up in your rear view mirror is a bad thing, especially when the traffic in front of you suddenly stops.

An NPR from Illinois State University article posits the newest threat: cell phones. Anyone who drives on Route 53 every day will tell you that not only is the work zone law not enforced, drivers on all sides of your car also ignore the handheld cell phone law.

39% of traffic fatalities in Illinois involved speeding.1 In 2016, the most recent year with available data, there were 6,741 work zone crashes in Illinois.2 This was a very small percentage of the 324,473 total crashes in the state and the 1,000 that involved a fatality.3 These numbers seem a lot larger when you drive through a work zone every day and larger still when you consider that 22 of the 37 work zone fatalities involved a truck4 just like the one that rode your rear bumper on Route 53 this morning. 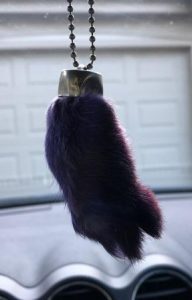 Always have this in your car

Lives in danger: why?

Road construction work zone laws are a good idea. Most states have passed legislation similar to the Illinois law. Not enforcing the law is a really bad idea, though. It teaches drivers that they don’t have to behave any differently on a treacherous, reduced lane roadway than they do on a wide open highway. That puts safe drivers at risk while the lawmakers who passed a bill they can’t support go about dreaming up more laws to complicate, threaten, and even endanger our lives.