Home » Elections » Republicans Running Against Trump Put Us in Danger

Our nation is defined by values Democrats no longer understand. Instead of embracing what makes America great, they have turned who we are into a mandate for subversion.

For better or worse the GOP is our last line of defense. It’s risky and downright dangerous for three quasi-Republicans to mount an anti-Trump primary challenge that puts our future in danger. Running against the president weakens our chance to keep America away from socialism and an extreme left that’s all too eager to throw what we’ve built onto the trash heap.

A 2020 primary showing for Mark Sanford, Bill Weld, and Joe Walsh might satisfy the trio’s publicity cravings, but make no mistake. This is a risky, destructive waste of conservative resources at the worst possible time. It’s foolhardy to turn Republican primaries into a national display of party disunity and rejection of a sitting president and his agenda for the sake of making a point. The only ones who will benefit are Democrats.

In a Washington Post1 op-ed the trio question whether reelecting the president is all that counts.

Why do they need to ask? Considering what we’re up against it’s the only thing that counts.

This is what Republicans running against Trump risk

The party of “some people did something” is the biggest threat to the values the GOP represents.

Last week’s 9/11 commemoration shows what is at risk.

Values under fire or another unfortunate oversight?

What America values is not nearly as clear today as it was on that day in 2001 when the entire nation drew together.

Do Democrats still share this seminal event in our history?

On last week’s 9/11 anniversary House Republicans posted a tribute and remembrance on the GOP.gov congressional website.

Homeland Security did the same thing.2

The House Democratic Caucus did not. There was no mention of the 9/11 observance on DEMS.gov. The Congressional Progressive Caucus also skipped the observance, though it took time to endorse Trump’s impeachment3 the day before.

Another Democratic caucus used 9/11 to commemorate something entirely different.

The Congressional Black Caucus used September 11 to remind us that it has been 400 years since slaves arrived in America. The CBC posted three articles about slavery4 on September 11, 2019. There was no nod for the African Americans or anyone else who perished during the attacks or in the years that followed.

Were far left Democrats afraid they would offend their base by honoring those we lost at the hands of Muslim terrorists?

To her credit, on 9/11 Speaker Nancy Pelosi stepped up and spoke to American courage, heroism, and greatness.5

That’s the difference between Pelosi and what Republicans will fight next year. As much as it pains us to work with the Speaker when we have to, Pelosi isn’t the problem. She understands that there are limits.

Not everyone in her party comprehends boundaries. Warren doesn’t. Sanders doesn’t. Harris doesn’t. We can’t work with what so many Democrats have become. More important, we can’t risk what will happen if they get their hands on America’s future.

The Republicans running against Trump decided to do it anyway.

No time for stupid moves when we are up against this

There are bright spots and reasons for optimism in the Republican Party. Inexplicably, Senator Lindsey Graham rose to the challenge of defending Trump and is one of his most ardent defenders. Mitch McConnell is a stalwart liberal roadblock who recently addressed the radicalism behind the most recent attack on Justice Brett Kavanaugh.

There are many other big Republican names on the list, but we also have those who should just confess their allegiance and switch sides. Susan Collins (R-ME), Mitt Romney (R-UT), and Lisa Murkoswki (R-AK) come to mind. There are others, including Rep. Justin Amash who fell into the hands of the Democratic Party and its media when he supported impeaching the president.

If [the President] takes this nation to war in Iran without congressional approval, I will make it my business to impeach him. And that’s a fact. That is a fact.6

It only takes one defection to get the word out. 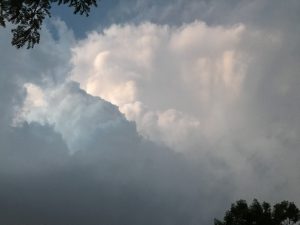 We don’t need another Republican storm

Whether we are talking about impeachment-crazed Rep. Jerry Nadler or the Squad, extremists have a firm grip on the Democratic Party.

According to The Hill eight House Republicans are already throwing in the towel. Being the minority party is no fun, but they have no one but themselves to blame for where they are now. The Republican record speaks for itself. It’s not long, but it has some appalling lows amidst a smattering of highs.

Tax reform was a victory. Selling tax reform is not

Health care was a catastrophic failure. As Chuck Schumer (D-NY) proved in a press release issued last week, the repercussions of this failed opportunity are still with us:

The relentless effort by Republicans to sabotage our healthcare system has resulted in millions of fewer Americans with health insurance and skyrocketing costs for American families.7

Conservative immigration policy is withering from the left’s assault against our borders. The line between conservative resistance and liberal insistence is blurred because of the political risks of taking a hard line on immigrants. Nowhere was Republican pushback more evident than the failure of Trump’s presidential emergency declaration.

Presidential powers that Barack Obama assumed without question are on the chopping block as soon as they are mentioned by Trump. That is something we expect from Democrats, but not from the 12 Republican Senators who opposed this exercise of presidential power. They sent a harsh message to conservative Americans about where the party stands on presidential powers in the war between left and right.

Did we forget where DACA came from? Not a single congressional yea was required to turn this amnesty scheme into a program that’s still being used against us.

When it was Trump’s turn we got resistance and insinuations that the president was abusing the Constitution and going around Congress.

Even one GOP naysayer creates bilateral opposition in Democratic minds.

It’s all about the brand

Republicans back big business. We support corporate America. Politics is also a business. Branding means something.

Democrats know this. Look at how House Democrats handled the numerous embarrassments visited on them by freshmen Reps. Ilhan Omar and Rashida Talib.

They stuck together. They focused on their brand. They moved on.

This is as much about image as results. In politics that means a united front.

Division defines the Republican brand. Trump’s presidency made it worse when the determination to preserve political careers butted heads with White House priorities. Against this backdrop of misguided liberal unity we have Republicans planning primary challenges against a sitting GOP President.

That’s a bad plan, so bad that Kansas, Nevada, Arizona, and South Carolina may opt out of Republican primaries.

This is a political suicide mission. It promises notoriety and certain failure for the candidates. It will damage the president’s reelection campaign, undermine his legitimacy, and create a stupid, unnecessary, and guaranteed political cataclysm that shows Republican unity is still up for grabs.

Democrats have a plan even if they have to rely on illegals and former convicts to put it into effect: stick together. Get as many votes as possible.

There is a time for self-interest and a time to unite. This is not the time to show just how low the GOP can sink by running against Trump when nothing good can possibly result.

Who to trust? Not these three.

House Republicans talk up freedom and opportunity but their numbers in the House mean a tepid resistance against an extreme left that is the biggest threat to our values.

With now over 130 of their [House Democratic Party] members on this bandwagon, partisanly attacking this President is unquestionably more important to them than serving the needs of their constituents.8

I don’t know if “partisanly” is a word, but the Republican Party’s ability to stop this bandwagon hit the skids in January when they gave up leadership of the House.

We know House Democrats are divided on whether impeachment or winning a presidential election is the best way to get rid of Trump. A scarier thought is whether this impeachment really does serve the needs of their constituents. My guess is yes, it does. A lot of Americans are gleefully tripping on Democratic Party Kool Aid.

We don’t need Weld’s Better America,9 or whatever Walsh and Sanford will be selling. We’re still making American Great Again. By most measures we are succeeding.

What Weld, Sanford, and Walsh are doing will undermine the absolute necessity to keep a Democrat out of the White House. A Democratic Party president who will fan the liberal flames in the House will be an absolute disaster for this nation that puts our future in danger.

How can we trust any Republican who raises the odds that this will happen?

Yes, you heard right: an accusation of treason leveled at the president by Republican challenger William “Bill” Weld.

News outlets gleefully accuse the candidate of advocating Trump’s execution. That’s not what he said. It’s what he implied.

The Washington Examiner took a more level approach10 and reported what Weld stated during a television interview.

Weld’s assertion is ludicrous and irresponsible. So is his remark about another country controlling an American election. The real takeaway has nothing to do with treason or capital punishment. It’s about another frenzied rush to judgment and a Republican asking for conservative trust while he adopts the attack strategy favored by Democrats: condemn first, worry about the allegations later.

Sure, Weld got himself generous space in the headlines. The candidate claims that America deserves better,11 but what we see is a turncoat Republican in Democrat’s clothing.