Where best to start with everything happening in Illinois? Do we begin with more credit downgrades,1 two Republican ex-governors turning on Governor Bruce Rauner,2 or Chicago Mayor Rahm Emanuel’s plan to scrape up $250,000 to fund a Chicago gun buyback program?3 Let’s set these aside for the moment and focus on something that perfectly defines the budget insanity in Illinois and proves Rauner is right about the urgency of a turnaround, no matter what the consequences are.

The Illinois Lottery’s failure to pay its winners is national news. The embarrassment hasn’t stopped the marketing campaign or a Halloween “Millionaire Raffle”4 that may disappoint suckers tricked into laying their money down for a long shot at riches from a state that has no way to pay the winners. 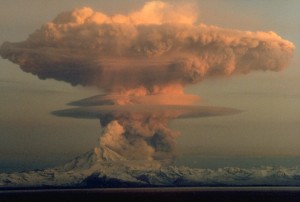 Illinois’ financial troubles don’t mean that Bruce Rauner is wrong any more than the inability to fund childcare assistance and other social services means he should give in to the demands of state Democrats who think they can keep this sinking ship afloat indefinitely. What the budget stalemate and everything that has gone before it proves is that Rauner is right. In the absence of an Illinois turnaround, there is no point to having a budget anymore. It will only cause more destruction.

Illinois does not deserve a budget

Handing Springfield legislators a budget is akin to pushing booze on a ready-to-recover alcoholic. It’s a bad idea. As bad as it is, the state’s financial situation obviously isn’t bad enough. It still hasn’t forced change, only calls for more revenue that state history tells us will empower the tax and spenders. The budget debacle hasn’t even halted lottery advertising, irresponsible in itself because it preys on many of the same Illinoisans who will suffer from social service cutbacks.

Rauner is right: turnaround means understanding what no money means

There is a cleverness to what Rauner has done by not agreeing to the budget options he has been given that I’m not sure even the governor appreciates. No money means no money, something elected officials in Springfield are still unable to fathom, perhaps because enough money is still flowing to fund the legislative payroll.

Illinois representative Jan Schakowsky made the problem clear when she made this dim-witted statement earlier in the year:

This is just the same old Republican economic agenda from Governor Rauner. His proposed budget is just more voodoo economics that will leave Illinois workers and their families worse off. 6

Taxing to make those lives better and then finding that the state still doesn’t have the money to meet its obligations defines voodoo economics, but Schakowsky and her ilk have a fallback: more taxes.

In 2010, the year Pat Quinn was elected governor, Tax Freedom Day in Illinois was April 11. Illinois Congressman John Shimkus pointed out that we ranked 14th latest in the nation7 for the date we had worked off our obligations to the state. According to the Tax Foundation, by 2015 the date was April 30 and we were number 43 on the list.8 Look for it to be a lot later when we finally face up to what has to be paid whether or not the governor bows to the demands to fund the agenda that got us here. If you live in Chicago, you can add your soon to escalate property tax bill to your income tax tab and push the date out even further.

Two years after Quinn’s election victory, Congressman Randy Hultgren observed that “Congress will not bail Springfield out; solutions to the state’s profligacy must come from within.”9 He remarked:

It is also troubling to read that Moody’s has downgraded Illinois’ bond rating. I hope that this news compels Governor Quinn to produce credible plans to balance the state’s books, without more job-crushing tax hikes, and address its enormous unfunded pension liabilities.10

Three more years have passed. Quinn is out. Rauner is in. Last week brought more downgrades and Illinois doesn’t have a budget yet, but that’s a good thing. No budget makes it harder to spend money.

I don’t know if it is Rauner’s intention to drive the state to its knees in the absence of a budget agreement with Democrats. If it isn’t, it should be. Until we bottom out, there is not going to be any turnaround.