Homeland Security’s proposed public charge rule update is a Democrat’s worst nightmare: a law that not only keeps immigrants off the welfare rolls, but expands the definition of what makes them dependent on our government.

So threatening is the concept that people shouldn’t come to this country with the expectation of an instant handout that party members argue public assistance like food stamps and Medicaid shouldn’t be considered the same as cash.

Can they make this sound convincing to taxpayers who fund our liberal nanny state?

Public charge is a commonsense concept:

Under long-standing federal law, those seeking to immigrate to the United States must show they can support themselves financially,” said [DHS] Secretary Nielsen.1

That means we don’t want indigents throwing themselves on our doorstep. That makes sense. Even at 3.7% unemployment we’re already supporting people who can’t make ends meet and rely on wasteful programs like Medicaid and SNAP to get by.

So why the problem with expanding the public charge law to keep people away from welfare?

Public charge: hiding in the shadows on the government dole

You will hear that the proposed public charge update is cruel and targets immigrants:

This cruel policy could force families further into the shadows. No family should ever live in fear that getting assistance to buy groceries or take their child to the doctor could result in their deportation. This is a racist and discriminatory punishment targeting immigrants and their children. 2

It’s not clear whether Congresswoman Lee is talking about legal or illegal immigrants, but the public charge rule applies to admissibility for those seeking legal status. As we all know illegal immigrants aren’t supposed to receive federal benefits. That’s not what this is about. The rule update applies to immigrants here legally and looking for a green card, or those who are sponsored by families already in the U.S. If the update becomes law their ability to support themselves will weigh on the government’s decision to grant admission.

We were told for years by Barack Obama that immigrants create jobs for Americans. They are doctors, nuclear physicists, exactly the kind of big brains we want here, or so the story goes.

Now we’re worried about their ability to collect public assistance.

Was someone not telling the truth? 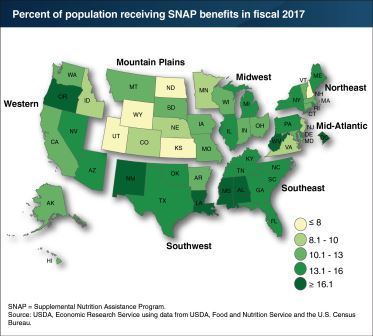 U.S. isn’t the only public charge country: welcome to Canada

Liberal naiveté assumes that Republican America is the only nation that has a problem opening its borders to the needy. That’s not the case. Our neighbors to the north require a public charge statement for something as simple as sending a representative of a U.S. company to their country.

My own experience is that getting a worker across the U.S.-Canadian border for after-sales technical support or service is a difficult feat. You need pages of documentation affirming who they are, their purpose for visiting, and a letter to Canadian customs affirming that the employee has the means of support and will not in any way become dependent on the Canadian government. Dealing with Canadian Customs personnel at points of entry can be a contentious task and if your pre-entry preparation isn’t meticulous you are not getting in.

As an aside, in addition to being refused admission because of your finances you can also be turned down in Canada if you have been convicted of driving under the influence. In the U.S. we take a different approach. Many will argue that a DUI or other low level crime shouldn’t be an excuse to kick illegals out and to do so makes us unwelcoming, cruel, and racist.

So why do Democrats blame America?

California is still trying to add illegal immigrants to the health care rolls. An Illinois gubernatorial candidate likely to win is talking up state public option health care that can easily be turned in that direction. In the meantime, we have politicians arguing against the public charge expansion because it would make it risky for immigrants to sign up for health care or other non-cash benefits.

Congresswoman Jan Schakowsky makes an argument from the outer limits of intelligence when she argues that public charge has been “weaponized:”

These immigrants are using the very government programs they pay for with their tax dollars to support their quest to achieve the American dream.3

If these people rely on public assistance they probably don’t pay a lot of taxes, unless they live in Schakowsky’s debt-ridden, tax-happy state of Illinois. Fortunately for Democrats that doesn’t matter because nothing makes sense about their opposition to the DHS proposal.

What’s the difference between public assistance cash and other benefits?

If you are a taxpayer there is none.

If you are a Democrat the difference is enormous.

The Congressional Hispanic Caucus argued that it is “unacceptable to hold basic public health services hostage”4 when it weighed in with a disturbing remark about the millions of immigrants on our aid rolls:

If put into effect, this new [public charge] policy would have a number of concerning health consequences for families by forcing millions of individuals to forgo vital resources, such as those that provide pregnant women and children with food and nutrition benefits that lead to healthy development…5

Perhaps CHC members don’t understand how much these remarks fly in the face of what taxpayers have been told about the economic boost provided by well-educated, job-creating immigrants.

Do people who come here to depend on the state for the basic necessities of life boost our economy?

The current public charge law focuses on cash assistance. The update expands what public charge means to include programs like Medicaid, SNAP (food stamps), and other forms of non-cash public aid.

A letter from the Congressional Black Caucus to Homeland Security Secretary Nielsen took exception to the plan:

This would leave such immigrants with fewer resources at the outset of their experiences and make it harder for them to achieve the American dream. As a result, this proposed rule would make America less diverse and run afoul of our founding principles.6

We’ve heard the same rhetoric over and over about Americans on public assistance trying to reach the Middle Class. Apparently welfare doesn’t get the job done or we wouldn’t still be talking about it.

Ask yourself: do we really need to add immigrants who can’t support themselves to the mix of people already dependent on the Democratic Party?

Rep. Schakowsky is not the only lawmaker worried about the impact changing the public charge law will have on taxpayers who receive federal public assistance. The anger in response to a policy of not adding to the aid rolls shouldn’t be a surprise coming from Democrats. Dependence has always been their calling card. What’s perplexing is the absurdist argument that taxpayers on welfare are the people we should worry about.

On the other side of the country from Schakowsky’s ruined sanctuary state Illinois, Rep. Tony Cardenas (D-CA) worried about the catastrophe not handing out benefits to newly-arriving immigrants will precipitate:

Not only will this hurt tax-paying families, it will also have a hugely negative impact on the U.S. economy and on American citizens.7

I’m not sure how corruption enters the picture, unless Cardenas means the corruption endemic in our welfare state, but he tossed this out for good measure:

Fellow California Rep. Judy Chu was no less damning. She repeated Schakowsky’s charge that the rule change will “weaponize federal policy”9 and used the taxpayer argument to even more ridiculous extremes:

The so-called ‘public charge’ rule is a blight. It creates two distinct classes of tax payers, creating an unfair “pay-to-play” system. Benefits like SNAP are proven at reducing poverty and improving future achievement, but now, Trump is trying to stigmatize the program – and others like it –so that immigrants will be afraid to use it.10

The taxpayers the likes of Schakowsky, Chu, and Cardenas refuse to acknowledge are the ones they treat like a bottomless bank account. They aren’t the ones on welfare, but that didn’t stop Chu from trying to add to the public aid numbers with H.R. 7052 which would block implementation of the public charge rule. 52 Democrats cosponsored. 0 Republicans signed on.

What does the nonpartisan Congressional Budget Office have to say about taxes? Figures released in March 2018 showed that the lowest incomes were taxed at 2%, middle incomes at 14%, and higher earners at 27% with top earners losing 34% of their income to the Federal Government. That was before Republican tax reform, which Democrats argue make that 34% bite more unfair to the poor than ever.

So what federal tax bracket do immigrant families on welfare fall into? Democrats aren’t saying, but rest assured if you ask them you’ll hear that they are the ones paying to keep the aid flowing.