What could President Trump’s payoff possibly be for getting rid of his attorney general? So far that question has no answer. An attorney general doesn’t have to be a president’s best friend, but the dirty work they do is a critical asset. This is one relationship that can’t be compromised. It has to work.

During the Bush years John Ashcroft talked about our liberties being used against us. He was talking about terrorists, but it’s not much of a stretch to toss contemporary Democrats into the mix. They are the reason Trump needs a strong attorney general. Obama-era anti-legalities are still with us. They need to be disposed of along with the national dialogue they created.

Sessions fits the bill, but he ran afoul of the man who needs him most.

Is this the breaking point* where we finally ask if Trump was a big mistake? 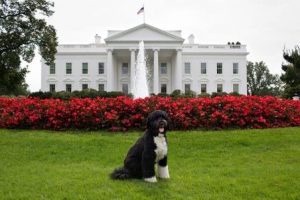 Obama knew how important attorneys general are. He stuck by Eric Holder even through Fast and Furious. Bill Clinton knew it, too. Janet Reno was a constant through thick and thin, even after the cigar case story hit the papers.

Trump should read the Barack Obama playbook. He is a Democrat. He knows how to get what he wants.

No attorney general has to go it alone. That was part of Obama’s genius. He assembled a Cabinet that worked like a machine and banded together to do the dirty jobs.

When states raised a stink about illegals enrolling in their schools, Eric Holder sued. He also joined hands with Education Secretary Arne Duncan. Obama’s labor and Homeland Security bosses were notorious for lip-syncing whatever the president’s values of the moment demanded, whether that meant empowering illegal labor or raising pay for unskilled workers to levels outrageously unaffordable for small businesses.

The dirty work is never done

The attorney general is in a unique position to do a president’s dirty work. There is always plenty to be done. We know what Sessions has up his sleeve. He has never been shy about his stance on immigration, sanctuary cities, and other conservative causes. We hoped that this AG would finally end years of lawlessness and disorder. Now Trump’s jaundiced eye has fixed on one of his strongest campaign trail supporters.

5 things a president’s best friend does

Consider some of things the attorney general can do for a president:

Ask Alabama and Arizona how their immigration enforcement plans worked out after Holder got involved.

How many transgenders are in the U.S.? It didn’t matter to the DOJ when Loretta Lynch was at the helm. She joined with the Department of Education to send a threatening “Dear Colleague” letter to schools implying a Title IX violation that could interrupt the flow of federal dollars.

Sessions is pursuing the same federal funding strategy with sanctuary cities. It’s what conservatives want and one of the reasons we put this president in office.

Why isn’t Trump tweeting about that instead of using Sessions to keep the Russia issue in the headlines?

Uses the law to reinvent values

We spent eight long years swinging left while the country’s anger swelled. Obama used the Justice Department to force his values on us. That’s another reason we voted Trump. We wanted a war against progressive idealism, not the Cabinet member in charge of the fight.

Decides who wins and who loses

This one is all about politics. LGBTs, illegals, criminals, and other hot buttons won under Obama while the police, successful Americans, the Middle Class, and African Americans lost out.

Shaping our legal system has a lot to do with how this works. Does Trump understand that? He’s a lot of things, but he is not a lawyer.

Threatens those who step out of line

Another Obama lesson. When the carrot doesn’t work you bring out the club. There isn’t a state or city in America an attorney general can’t find a reason to sue. Holder did it. Now we are waiting for Sessions to do the very same thing so we can stop pouring federal tax dollars into illegal sanctuaries.

It’s what we want. Is Trump going to let his best friend do what we voted for?

UPDATE July 29, 2017: No, Priebus wasn’t the breaking point. He was a problem for Trump during the campaign and never should have been allowed in the White House inner circle.