Donald Trump never received any credit for what he did to honor John McCain’s passing and I don’t mean the snafu over flying the flag at half-staff. I’m talking about making McCain great again for the last time.

It didn’t take long for word to get out that Trump was subtly and not so subtly bashed at the invitation-only spectacular that competed for the nation’s attention with Aretha Franklin’s sendoff. The media excitedly repeated every word that might have had hidden meaning for Trump.

So here is the question no one is asking: if so many prominent figures and the news outlets that covered the event didn’t have such a profound dislike for America’s president, would McCain’s funeral have received the same attention?

For what it’s worth, my guess is no. 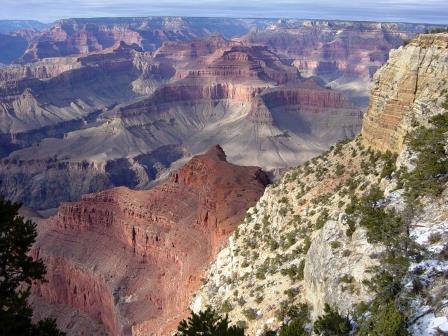 Regardless of how you feel about Trump, how great can a country be when so many prominent figures are determined to weaken, disgrace, and even get rid of a president duly elected by the “fellow Americans”1 McCain spoke so highly of?

The senator’s final published statement was less than complimentary without naming names:

We weaken our greatness when we confuse our patriotism with tribal rivalries that have sown resentment and hatred and violence in all the corners of the globe.2

That’s a sad remark that distorts the truth. More than once the senator’s political views led him to urge his own hawkish solutions to international conflict.

When it came to Trump, we heard the same kinds of insults from McCain that Barack Obama criticized at the funeral:

The President has inexplicably shown our adversaries the deference and esteem that should be reserved for our closest allies. Those nations that share our values and have sacrificed alongside us for decades are being treated with contempt.3

The senator was not always shy about the bombast Obama mentioned, either:

This [Trump’s treatment of America’s allies] is the antithesis of so-called ‘principled realism’ and a sure path to diminishing America’s leadership in the world.”4

It’s still hard to believe that those words came from a Republican, albeit the same state that gave us Jeff Flake. Was McCain also committing the sin of confusing patriotism with tribal rivalries?

Trump is hardly the only American politician to sow resentment. McCain’s own confusing legacy includes interfering in the Middle East. One week before Trump’s inauguration he joined Democrats to demand an “unequivocal response” to Russia that included punishment not only for the election tampering that was only an allegation at the time, but also for Putin’s global “destabilizing activities”5 that could arguably be compared to our own. The real question was never what Putin did to the U.S., but why we regarded our nation as a victim when we should assume and expect that we are doing the very same thing.

True, McCain took the fall for the GOP in a loser presidential race against Barack Obama. He also helped torpedo the Graham-Cassidy health care bill, a good thing in retrospect.

On the not so good side he was also part of the Gang of 8 and their fool’s errand mission to fix our immigration mess. Later he came out in support of DACA and the DREAM Act after Trump made the decision to end the program. The senator believed this affirmed what is “decent and exceptional” about America:

I strongly believe that children who were illegally brought into this country through no fault of their own should not be forced to return to a country they do not know. The 800,000 innocent young people granted deferred action under DACA over the last several years are pursuing degrees, starting careers, and contributing to our communities in important ways.6

McCain’s statement never acknowledged that the signature Obama immigration order he defended was a fraud because it redefined “children” as undocumented immigrants as old as 30. The skeptical senator fell for that whopper and jumped on the temporary amnesty bandwagon.

President made McCain greater than ever

Make no mistake. John McCain was one of Washington’s elite. Was he a great man? Yes. Would he have been as great a man and received the same attention after his passing had he sided with the president?

McCain implored us to “not despair of our present difficulties …7 Those difficulties are largely partisan. Otherwise the economy is booming. We can finally stop talking about creating jobs. We’re correcting trade imbalances that predecessor Obama failed to address.

Making a show of publicly disparaging America’s president at a solemn event does not honor McCain’s memory or his legacy. It doesn’t make us great on the world stage or here at home.

It does, however, say a lot about our politicians and public figures and how far they are willing to go to make certain they are noticed and heard.