“Not presidential” is a compliment compared to the hate-filled jabs directed at President Trump. His style makes him a sitting duck for people who want a genuine, talking out of both sides of their mouth politician in the Oval Office. I don’t know why anyone would want that, but it seems that many do.

We are conditioned to what we expect a president to say without considering how little empty assurances accomplish. How many speeches, remarks, and press conferences have we heard over the years about the threat of North Korea? Now we have a little rocket man. Trump detractors are unhappy because belittling a dictator who would happily blow us to smithereens is not presidential.

Why is it so intolerable to hear a leader speak the truth without shrouding it in political niceties?

That’s not what this is about. This president is the only person in America with no right to free speech. 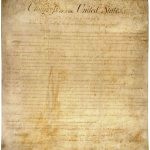 Not presidential means no niceties for the masses

Wrong temperament. Not right for the job. Unfit. Not presidential. We heard it all while the crowds swooned at the feet of another Clinton, eager to hear the words of a real politician offering them a way out from being responsible for their lives.

We didn’t get that career politician, despite Barack Obama’s efforts to make his candidate sound like an attractive, temperamentally fit choice:

She has the judgment and the experience and the temperament to meet the threat from terrorism. It’s not new to her.1

Who can respect a leader who says and does exactly what we expect no matter what the situation because it’s presidential? Predictability year after year is a sign that problems are being ignored and issues whitewashed for the sake of political peace.

There is no peace in this administration. Peace doesn’t get things done.

No dignity in opportunism

The shots had barely stopped before the deaths in Las Vegas turned into opportunistic partisan demands for “immediate action”2,3 on gun control, an absurd imperative considering how famously unable we are to regulate away illegal drugs, explosives, or any other dangers to public safety including crazy people who kill. That doesn’t mean we should oppose a new dialogue on firearms, but we might want to leave a little room for the nation to regroup before a political party blatantly turns a mass killing to its advantage. Consider what Obama said about the ease of acquiring weapons after the Orlando nightclub shooting:

And to actively do nothing is a decision as well.”4

That remark was presidential, but what he said wasn’t right. A mass killing is not an opportunity for blaming anyone but the shooter.

The left is building quite a reputation for silencing free speech. Antifa epitomizes where this is going: repealing a fundamental freedom by intimidation and threats of violence.

After Charlottesville, Congressman Steve Cohen (D-TN) decided that not being presidential was an offense deserving of impeachment. Why? Trump didn’t say what Democrats wanted him to say:

President Trump has failed the presidential test of moral leadership. No moral president would ever shy away from outright condemning hate, intolerance and bigotry.5

Democrats find the president so offensive that Rep. Gwen Moore (D-WI) claimed “our national dignity has been robbed by Donald Trump’s presence in the White House.”6

Can there be any dignity in a political system where elected officials feel compelled to engage in this level of vitriol?

The problem isn’t what Trump says. It’s that too many Americans don’t believe he has the right to say anything that doesn’t have the left’s stamp of approval.

Many of us smiled and nodded approval while Michelle Obama danced on Ellen DeGeneres’ daytime TV show. Little criticism was leveled despite a display that clearly sought the favor of a favorite White House special interest.

Barack Obama’s standard “I love you back!”7, 8 to his adoring crowds was never criticized as something not presidential or lacking in dignity. What kind of a world leader says that?

We keep hearing accounts of outrageous, even threatening social media postings that prove the tacit approval of anything that shows hate for Trump, Republicans, and conservatives in general. Every word and deed by the First Family is damned by the left, distorted, repackaged, and redistributed as fast as the media can send it out. This makes the Trumps the most restricted, oppressed figures in the nation.

4. “Remarks by the President on Mass Shooting in Orlando.” The White House. June 12, 2016. https://obamawhitehouse.archives.gov/the-press-office/2016/06/12/remarks-president-mass-shooting-orlando, retrieved October 4, 2017.

6. “Moore Calls for the Removal of Donald Trump as President of the United States.” Gwen Moore. August 15, 2017. https://gwenmoore.house.gov/press-releases/moore-calls-for-the-removal-of-donald-trump-as-president-of-the-united-states/, retrieved October 3, 2017.

8. “Remarks by the President and First Lady at a Campaign Event.” The White House. President Barack Obama. May 5, 2012. https://obamawhitehouse.archives.gov/the-press-office/2012/05/05/remarks-president-and-first-lady-campaign-event, October 4, 2017.