How angry should we be over the lies about the border that the Obama administration sold to the public? It was easy to swallow the half-truths and outright fabrications that summed up border policy until the administration got caught with its pants down by a bunch of illegal kids. Now Washington has to act because the president has a PR disaster on his hands that is exploding out of control. Did the White House and Homeland Security think we forgot what they had told us about stopping illegal border crossings before the problem made the president look bad? 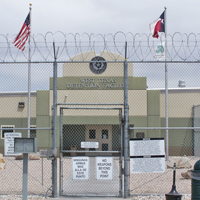 Lies about the border are just a part of the policy of deceit engaged in by the Obama administration to change the country’s mind on immigration policy. Does this manufactured crisis demand urgent action? We don’t know if any money granted by Congress for the border will go to anything but taking care of undocumented kids while administration lawyers scramble to find a way to keep as many as possible in the country (see: Undocumented Children are a Great Opportunity for Obama).

The president can tell a good story. He isn’t wasting any time manipulating public opinion by blaming Congress and Republicans for the lies about the border that Homeland Security helped spread on his watch. For the time being, it is safest to assume that the Obama border crisis is just more lies and politicking as hopes to keep his party’s activist supporters appeased until November fizzle.

It is simply not possible for anyone to have listened to former Homeland Security Secretary Napolitano and not know that they were being had. Was she telling lies about the border, or did we not understand what she meant?

As part of her smart, effective border security campaign she blamed Congress for our illegal immigration problem, just like the president is doing now:

But Congress hasn’t acted and states continue to pass a patchwork of their own laws in an attempt to fill the void. It is this Administration’s position that Congress needs to take up immigration reform once and for all.1

She held the president just as blameless as he holds himself, calling administration border control measures the best the country has ever had:

… I can say that the border security measures we have taken constitute the most innovative and effective approach our country has ever deployed.2

She claimed that accusations that the border was not secure were a myth:

We have committed unprecedented resources to this effort and, this year, will see yet again a historic drop in illegal crossings and more and more contraband seized. So let’s take the “border is out of control” myth out of the equation.3

It played well at the time to those who heard what they wanted to hear. Now we know her remarks were just more of the administration’s effort to deceive the public with lies about the border. Did the policy of deceit continue after Napolitano quit? 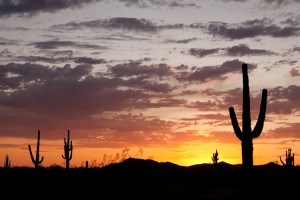 Tap dancing around lies about the border.

Two Homeland Security secretaries in a row have done the unprecedented resources tap dance up and down our southern border. Is not telling the truth and not doing your job endemic in federal agencies answering to Obama? Newbie DHS Secretary Jeh Johnson was still boasting that his agency had “devoted unprecedented resources to securing the border”4 while he promised this in February 2014:

I intend to continually evaluate the border security situation in south Texas to ensure we have adequate resources to meet the important and unique challenges this region faces, and we will continue to build on the significant progress made over the last five years on the important priority of border security across our southwest border …5

Any time you hear about our nation’s values from a Democrat, you can bet we are screwed. The buck stops with the guy at the top, though, so we shouldn’t be too hard on Obama’s flunkies. Their hero has told his share of whoppers about border control, including this gem introducing an administration fact sheet on “Strengthening Border Security”:

I have made securing our Southwest Border a top priority since I came to office.6

What did the fact sheet conclude?

Perhaps no one told Homeland Security that saying the border is secure and not being able to stop illegals from crossing means it is not secure. Maybe someone got confused and forgot that focusing on criminal immigrants doesn’t mean we should let anyone in who has not committed a crime. More than likely, no one cared one way or the other because an unsecured border was just another bargaining chip in the immigration policy debate.

In a speech about the economy on Wednesday, Mr. Obama clung to the notion that the only fix for border control was a congressional immigration overhaul. Capping off his administration’s history of lies about the border, he continued to blame Congress for not playing ball:

Can you be a leader and never accept responsibility? Leadership, responsibility, and truthfulness are not something we expect from this administration, but it would be a lot easier to accept that the man in the White House is going to escape blame again if he had not taken so much credit for fixing the problems at the border in the first place.