Home » American Ideals and Values » Integrity Is For Losers, Political Office for Winners

America hates losers. Our reputation comes from winning. We give consolation prizes for second best. Cities even throw parades for losing sports teams, but deep down we know what these things are: celebrations of shame. Whether or not the good fight was fought with integrity, a loss makes you a loser.

Americans go to incredible lengths to win. Athletes take drugs. Corporate titans break the law. Students cheat. Politicians lie. Winners do what they have to do to get what they want.

There are few consolation prizes in politics. You either win political office or you don’t. After spending lots of money on campaigns losers lose big. Their credibility is gone. They might get tossed a bone and land a post with a new administration, but for most losing just means being a loser.

When it comes to winning political office integrity is a liability. It stands in the way of victory. If there was ever any doubt that this is true it was erased this year. Despite our demands for integrity in a climate that rewards moral turpitude, it is pretty obvious that the candidate who stoops lowest is going to win the White House.

There are other prizes to be had, though. This could be the first year where losing is a big win. 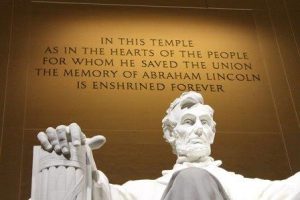 2016 is about enemies with no integrity

Elections are about fear. Democrats want us to fear life without big government. Republicans want us to be afraid of enemies like terrorists and Democrats.

Republicans started a tradition this year that no good Democrat would approve of. They turned one of their own into the enemy even though they had a perfectly good target they badly need to defeat.

They want us to be afraid of Donald Trump.

Like all of us, politicians have their own special fears to nurture. One of those is the fear of being a loser. It’s hard to get back on the horse when you’ve lost a House or Senate seat, especially if you have held it for a long time. Looking like a has been is not good for a political career.

Paul Ryan is trying to have it both ways. His excuse for a confusing non-endorsement of Trump is that he wants to hold onto the GOP’s control of Congress. Reinforcing the public perception of the Republican Party as fragmented, indecisive, and helpless against the Democratic machine is not going to do that.

At least Republicans have a fallback.

The GOP wants to get its hands on Hillary Clinton. Ryan can make a name for himself with a swirl of House hearings and maybe a try at impeachment to get even for a long list of conservative affronts. He can start with Benghazi, work his way to the Iran deal, and finish up with the email server scandal.

Can GOP win by betraying the people?

Watching Republicans scurry to get away from Trump would be humorous if they weren’t betraying conservatives to save themselves. Only the most naive look to politicians for integrity and moral forthrightness, but we don’t expect to be stabbed in the back by our own. That’s what Democrats are for.

As a conservative it’s hard to blame the speaker, but his actions and those of other defecting Republicans are still an affront to the political values this country was founded on. Rule by the people doesn’t mean party elite manipulating elections to get what they want.

Fear doesn’t justify thwarting the will of the people.