Income tax is one of those painful things that should happen to other people. There will always be reasons we should pay less and others should pay more. As taxpayers we don’t have much say one way or the other. Washington will spend our money as it sees fit, though despite what we like to think much of that spending is mandatory, not discretionary.

Would it hurt less if we could pay for what we believe in? Would taxpayers be happier if paying income tax also helped them pay for their values? 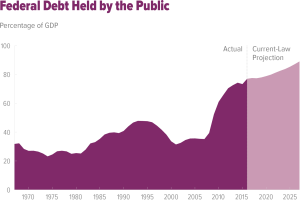 Values and beliefs are worth something

Our politics decides where we think our income tax should go. We are constantly reminded that we pay for things that our morals, ethics, values, and beliefs don’t agree with. Federally-funded abortions, welfare, Medicaid, tax loopholes for the rich and companies that send jobs overseas, nuclear weapons, oil pipelines, and energy regulations all make the list.

The IRS doesn’t accept ethical objections to tax bills. We pay taxes under threat of fines and jail and we don’t get to decide where the money goes. If our values are so important that we get angry having to pay for things we disagree with, does that mean we should be willing to pay more to fund our values?

An ethical income tax code would let taxpayers pay for what they believe in. We deserve a chance to pay more to show what our values are worth.

Imagine this. You are proud to live in a sanctuary city. You fill out a blue Form 1040 and donate extra money for immigration services for illegals. If you are horrified by what Republicans plan to do to health care you can pay extra to fund Medicaid. If the Fight for $15 is something you are morally invested in, you can pay to top off the incomes of minimum wage workers.

If you are a conservative and oppose abortion you should have the right to pay more with your red 1040 to fund services for unwed mothers. Environmental regulations not your cup of tea? Shell out some extra dollars to clean up the latest oil spill. Want to step up deportations? Cough up a big donation for plane tickets.

You get the idea. When all the donations are tallied we will know which hot buttons are important to the people and how much extra we have to spend on them. Why should we have to pay extra for these things? Because anything worth fighting over is worth paying for. Right now this country is all about the fight between liberal and conservative values. Values are a lot easier to endorse when they don’t cost you anything.

Is this a stupid idea? Yes and no.

Are you willing to fund your beliefs?

Allowing taxpayers to pick and choose what values the government spends on is no more stupid than our expectations that government should make ethically sound decisions.

It’s a good bet that most Americans prefer that we pay for what they believe in with other people’s money. Liberals want to tax the wealthy because they have too much cash lying around. Conservatives want to shift the tax burden and they don’t want to fund services for those who have a different value set or don’t make any money. Both positions have merit. Both are untenable. Neither is fair.

My guess is that if we asked people to pay extra for their values we would find out that there are a lot fewer Americans who want to pay for their beliefs than there are those who want others to do it for them.

President Trump’s 2018 budget proposal was just announced. People are going to be unhappy in large part because it came from Trump, but also because they don’t want to dump money into things like defense while they hear the usual hollow pleas that the money should go to help working families.

For those who don’t agree with the president’s budget plan, the Congressional Black Caucus released a “morally and fiscally responsible”1 alternative budget:

The CBC budget proposes a fairer tax code in order to meet the critical needs of the nation. Specifically, the CBC budget calls for $3.9 trillion in revenue enhancements over ten years and proposes repealing many tax provisions that favor the richest of the rich.2

What should we spend on?

In addition to protecting social safety net programs and providing other pathways out of poverty, the CBC budget proposes to make the tax code fairer by closing loopholes for the wealthy, provide universal health care by adding a public option to the Affordable Care Act (ACA), and make college more affordable by reducing interest rates on student loans and investing in HBCU’s.3

Since Congress isn’t about to do these things, it would make a lot more sense for liberal America to step up and get its wallet out. How much do you think we would collect on blue 1040 forms? Not nearly as much as the left would like to take from others to pay for their values.

An old Obama-era slogan was that “You Don’t Get to Pick Your Tax Rate.”4 You may not be able to choose how little you pay, but instead of pushing the cost of your values on others you should have the right to prove on paper what they are worth to you.

What do you think? If you could pay more income tax for your convictions would you do it?

UPDATE March 19, 2017: As the battle for working families and the disadvantaged vs. military spending heats up, Meals on Wheels is in the spotlight. What better way for Democrats to highlight how the GOP plan for our tax dollars will harm the needy than to focus on a program that gets very little of its funding from Washington?