Speaking to hope that’s always just out of reach doesn’t turn failure into accomplishment. That’s a mistake we heard more than once during Tuesday night’s State of the Union. Getting your party elected doesn’t create greatness just because you don’t like what the current administration has done, either. We heard that mistake during the Republican retort. Besides, fear works better than appeals to hope or American greatness. At least Barack Obama and South Carolina Governor Haley can agree on that, whether they know it or not.

Promises mean nothing until they are fulfilled, but if you are the president some want you to flounder and will label you a failure no matter what you accomplish.

Was it possible for Barack Obama to deliver on his promises? Many Democrats, or at least those who don’t want his job, will tell you that he has. His presidency will never be remembered fondly by conservatives. He will never be able to prove the infallibility of his ideals to the right no matter how many wins he manages. That’s how politics works. It isn’t about real success. It’s about finding a way to turn the hope you encouraged into greatness no matter how enormous your failings. 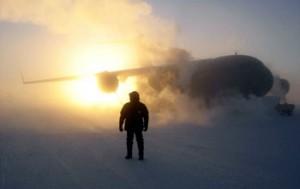 Greatness on the horizon?1

Every SOTU is pretty much the same speech. The opposition responds with boilerplate nods to hope achievable except for one obstacle, the person at the top who just gave their big speech.

Many of us could have delivered the GOP and presidential addresses off the top of our heads. On the off chance that you don’t know how this works, here’s a quick rundown on what each party usually says.

The Democratic vision of fear

The country is going downhill because working people don’t have enough money. We need to give them more. Doing this would create American greatness if we had more money to give away. Republicans won’t let us take it, so the country is in decline and we will never achieve our potential.

Conclusion: the America we once knew is failing, but we can restore it.

The Republican vision of fear

Democrats are going to take all of your money and give it away to make themselves look good. Foreign governments are taking advantage because Democrats have convinced them we are weak. Terrorists are lurking around the corner ready to kill us and no one is doing anything to stop it.

Conclusion: the America we once knew is failing, but it can be restored.

That’s it. The messages are the same. There is hope, but only if we fear for the future. The only thing that is different is how we get there.

Hope for American greatness can never compete with fear

No one in their right mind believes any president will have a breakthrough moment, realize the panacea for our problems, get Congress to climb on board, and make America the place it was meant to be. That wishful scenario may never happen again.

Governor Haley spoke of a “vision of a brighter American future.”2 The president hopes that “unarmed truth and unconditional love will have the final word.”3 Partisanship means that neither is possible in the eyes of those out of power, which means America can only achieve greatness for some. The president did a good job of framing the problem:

Will we respond to the changes of our time with fear, turning inward as a nation, turning against each other as a people? Or will we face the future with confidence in who we are, in what we stand for, in the incredible things that we can do together?4

That’s an easy one. We will turn against each other.

Much of the blame Obama accepted for worsening our divisions was deserved. Nikki Haley stirred the pot, stoking Republican fears of terrorism at the hands of a president “either unwilling or unable to deal with it.”5 She offered a new direction if we could only get past the age of Obama. When the governor condescendingly told the American people that “you’re not naïve”6 she was banking on our being precisely that.

Does anyone in their right mind still believe that switching parties at the top is all we need to do to make a difference?

We tend to make judgments based on who is in office, not on what they do. There is no Republican president who can fail when Democrats in Congress cause problems and the opposite is true, as well. Perhaps it’s best to forgo our plans for American greatness. Instead, we can continue to swallow the ruse of hope that beckons at the end of each presidency. Republican or Democrat, the result will be the same.